Before a huge dwelling house «Patrician» on the corner of Bazarnaya and Marazlievskaya Streets was erected in the 2000-s years, a small house of employees of the city Project Institute by address 6, Marazlievskaya Street had been the newest house on the street. If to analyze this so-called «Stalin’s Empire style» in general, this building can hardly be named as a remarkable one, however it was quite smoothly inserted among other buildings on Marazlievskaya Street and therefore no obvious disharmony arises. 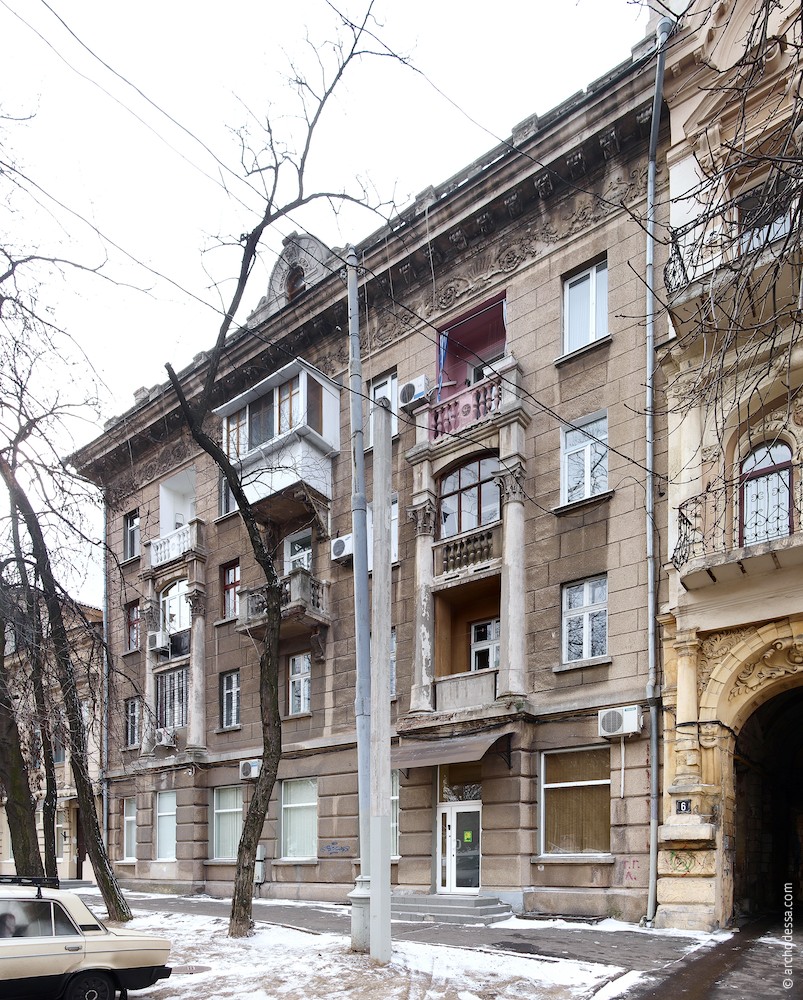 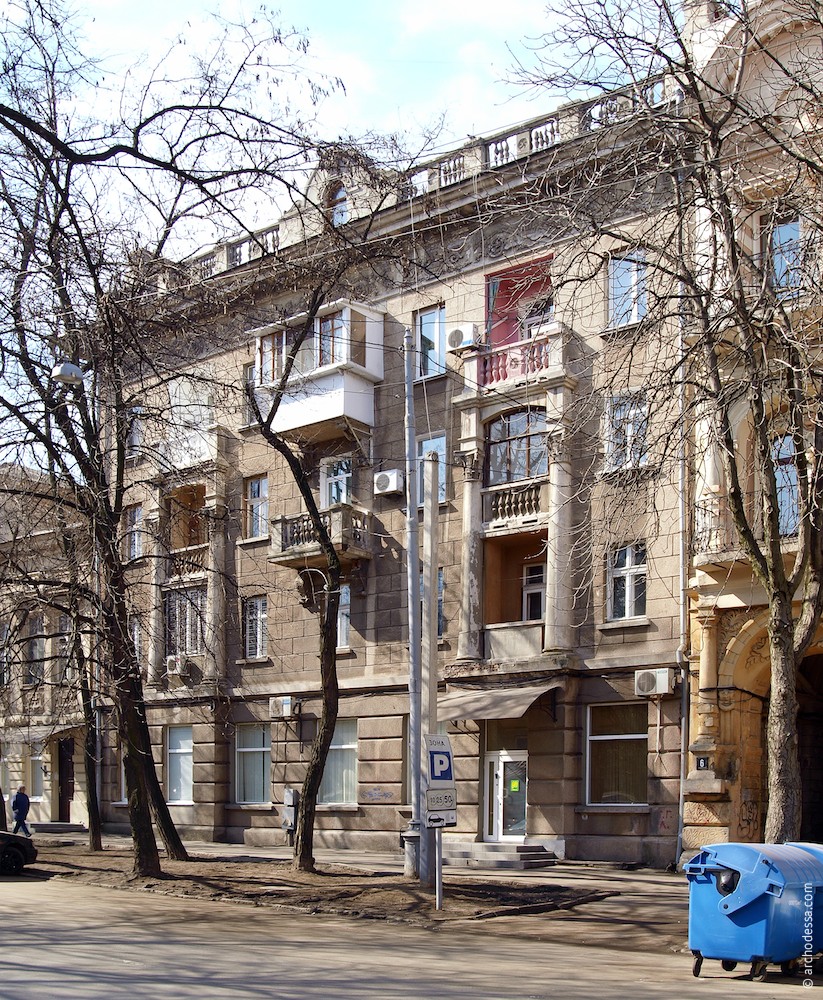 Before a building of the house existing today, the site number 6 was occupied by the building with the same size of the eclectic period which is easily visible in the pictures and post cards of prerevolutionary times which illustrate this part of the street. During the Great Patriotic War the building was heavily damaged and just before PI-3 house erecting its ruins had been finally removed. The replacement can hardly be considered equivalent, however the house which appeared here in the year 1959 is interesting in its own way.

In the house there are four floors and a facade along the building line. The width of the facade is seven window axes. The facade is strictly symmetric, has two one-floor risalit on the ground floor, on which two half-columns are installed flanking the loggias above. The loggias occupy the first, second and the third floors.

Loggias of the main facade 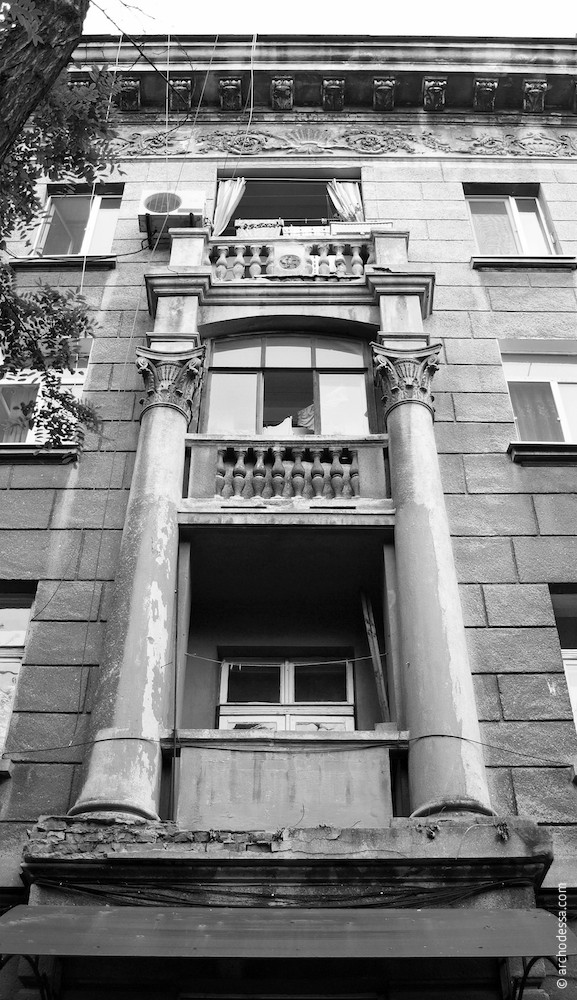 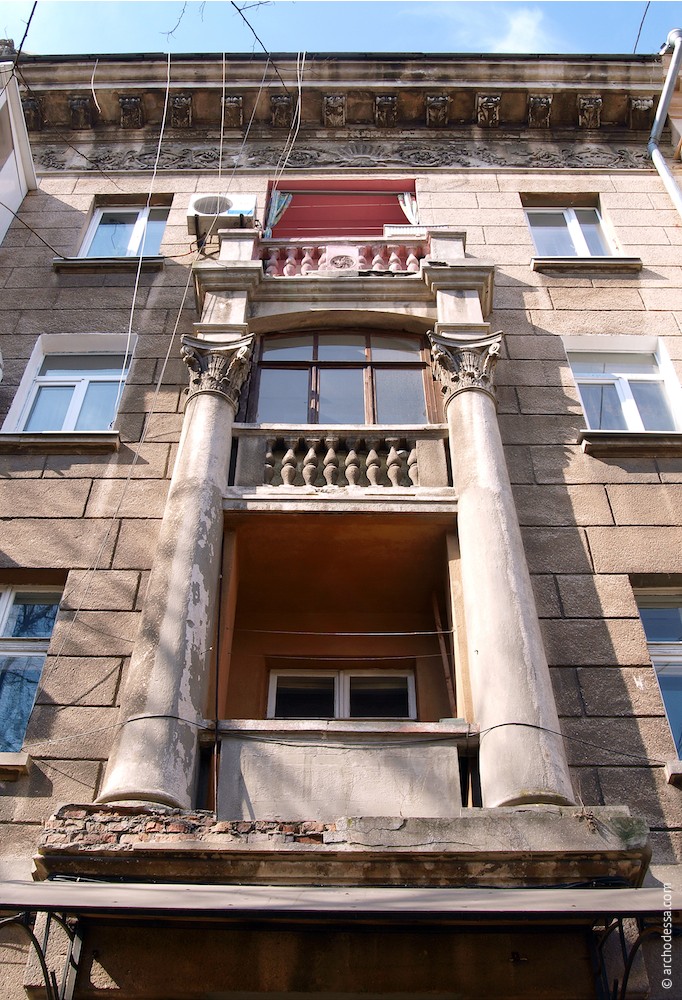 Decorative elements of the main facade 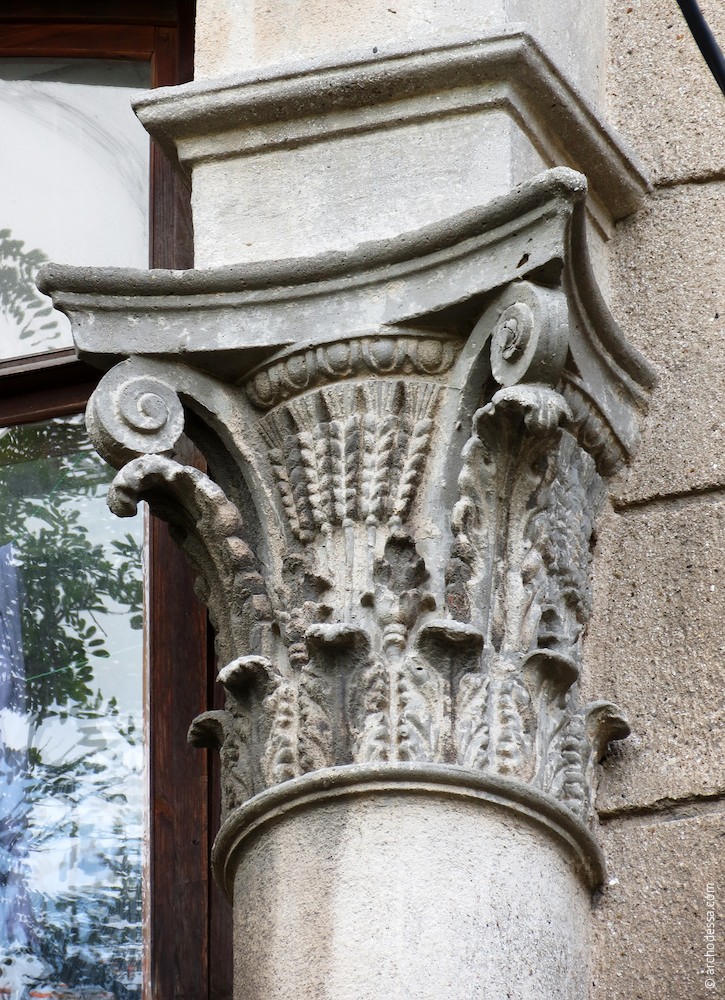 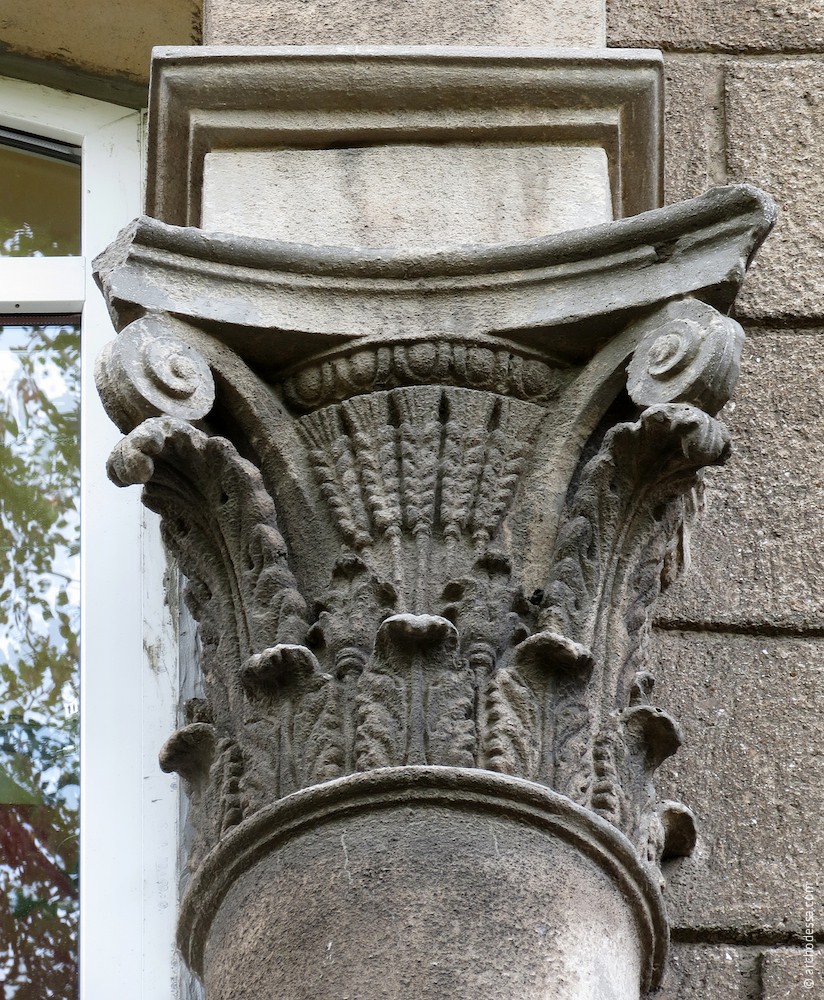 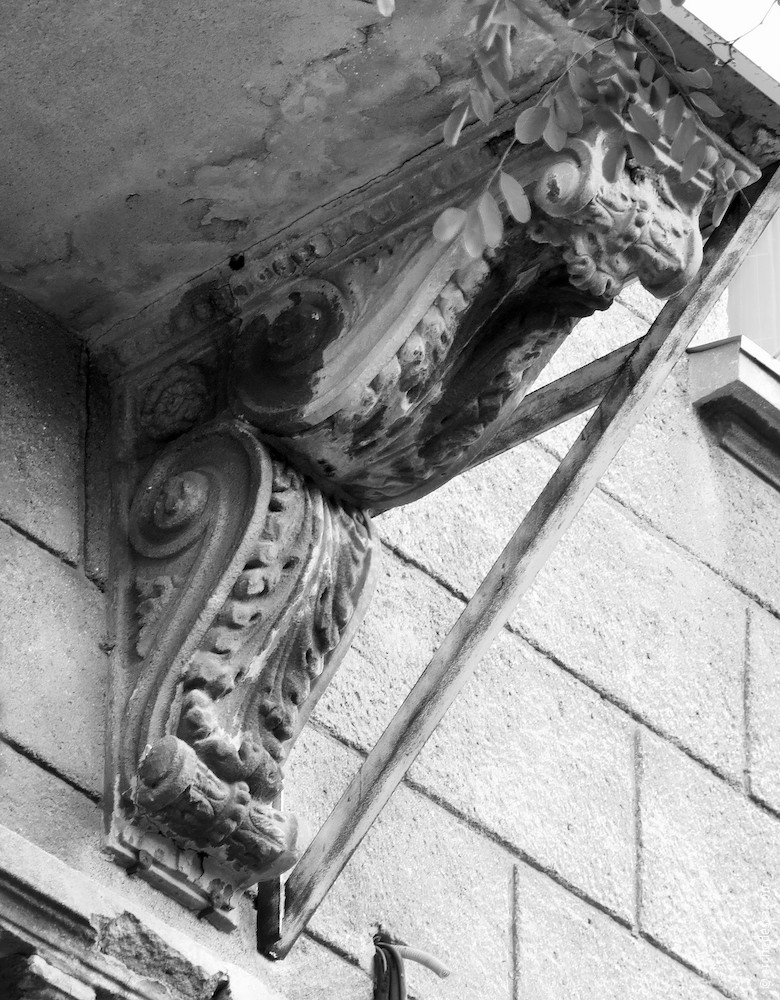 Balconies of the first and second floors do not project further than the building walls planes; the balcony of the third floor slightly jutting out is supported by the half-columns mentioned above. Other plastic techniques are used for underlining the central axis. On the second and the third floors usual balconies on the corbels with stony balustrades, typical for «Stalin’s Empire style» are located. The house itself along this very axis is crowned with half-round pediment with semicircular window. 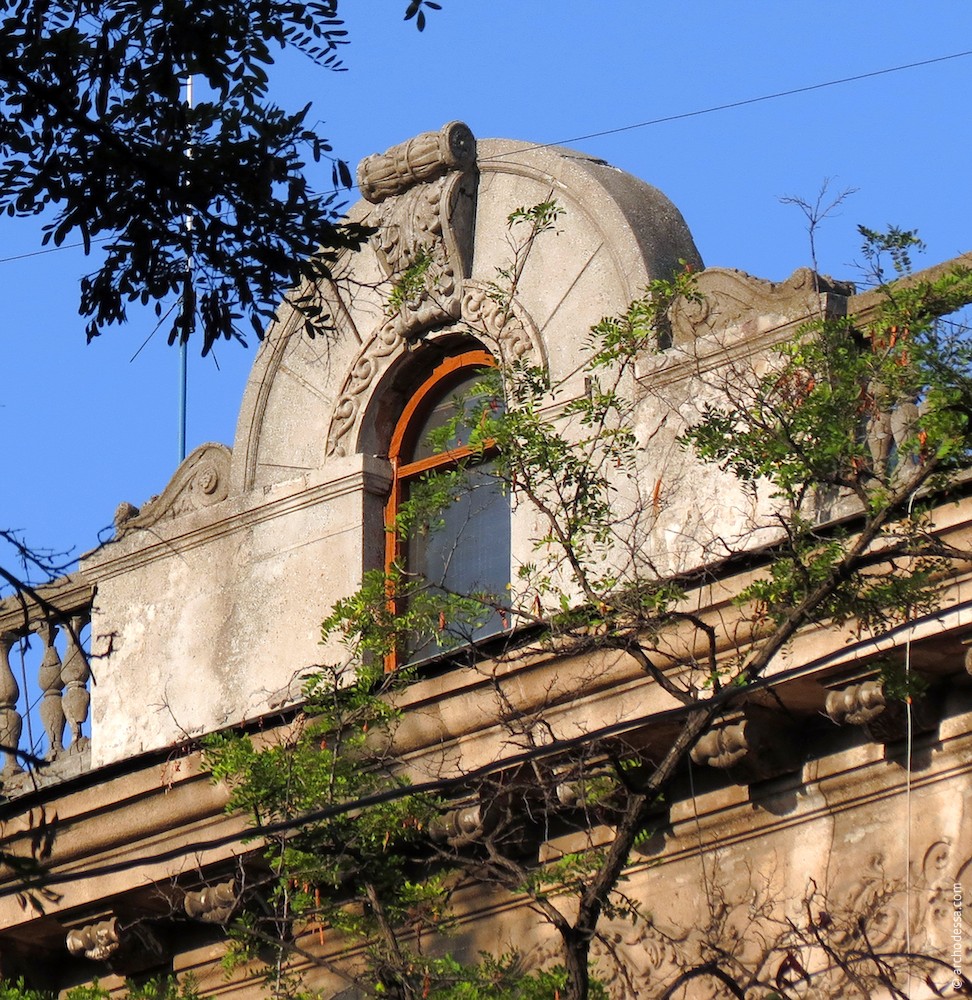 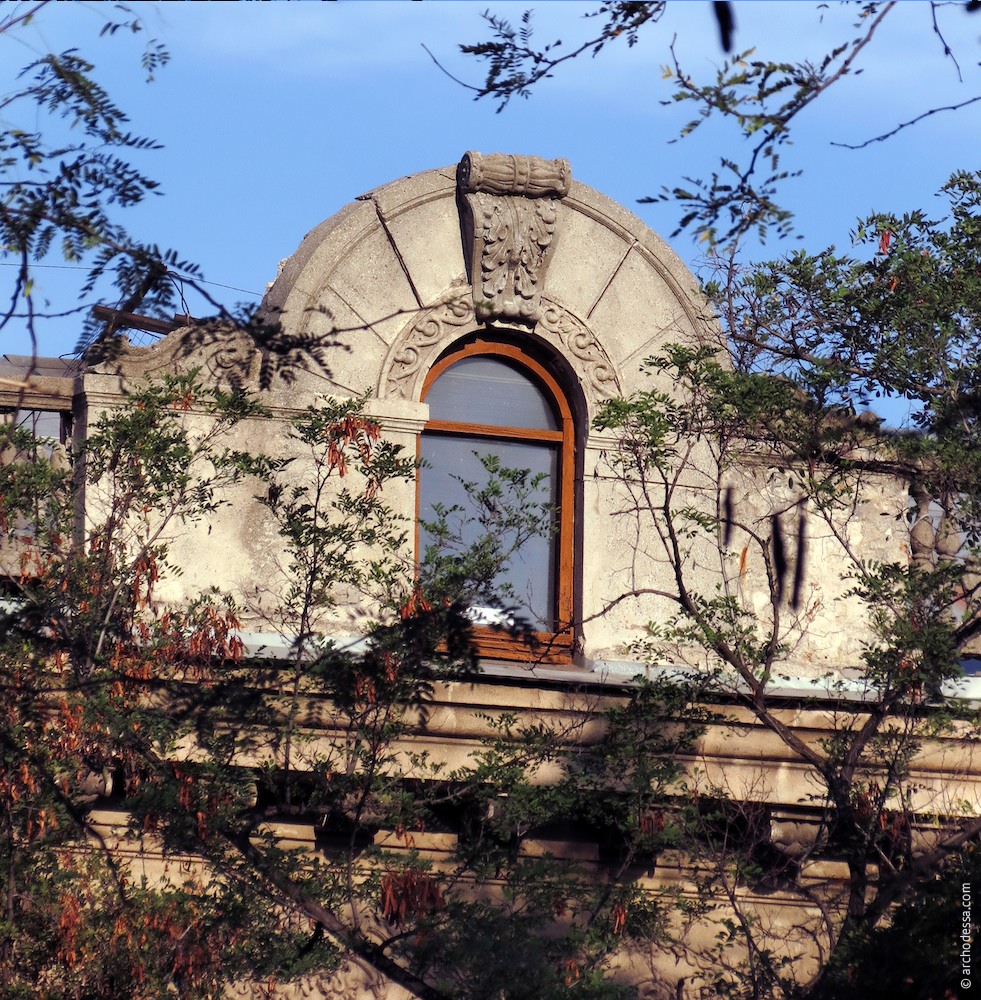 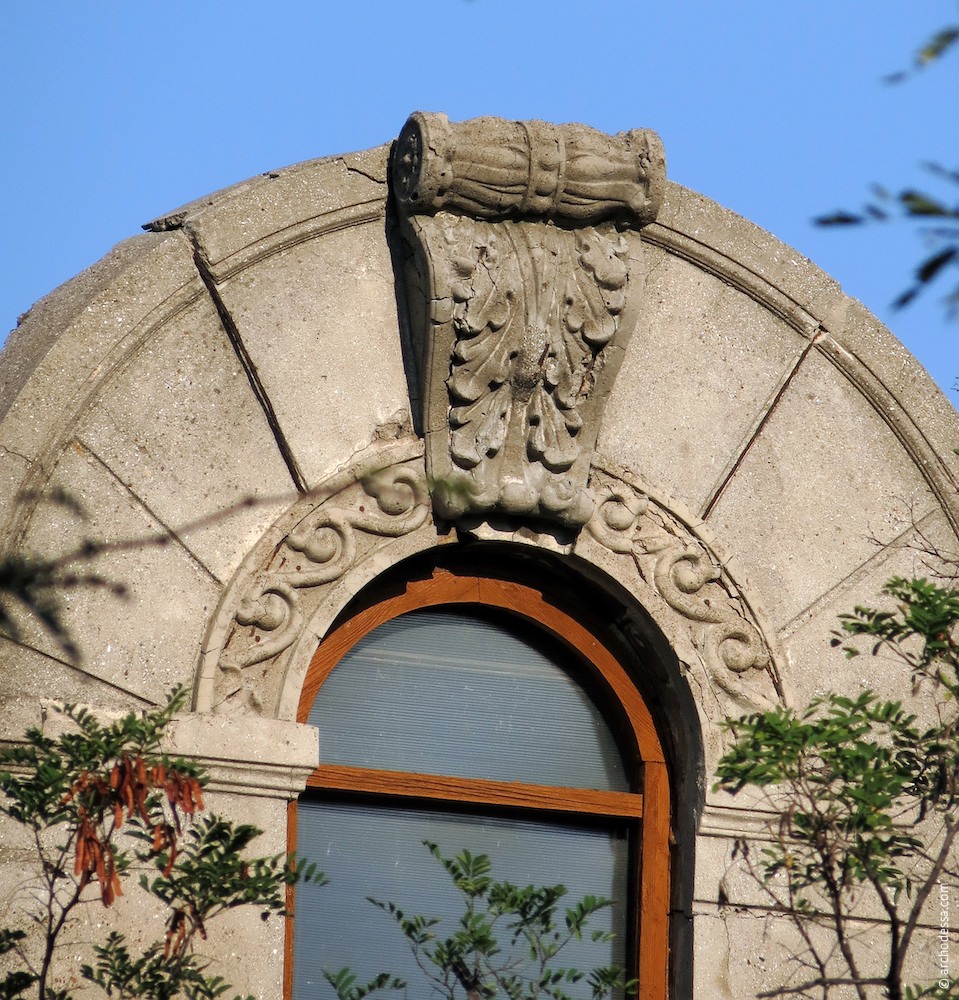 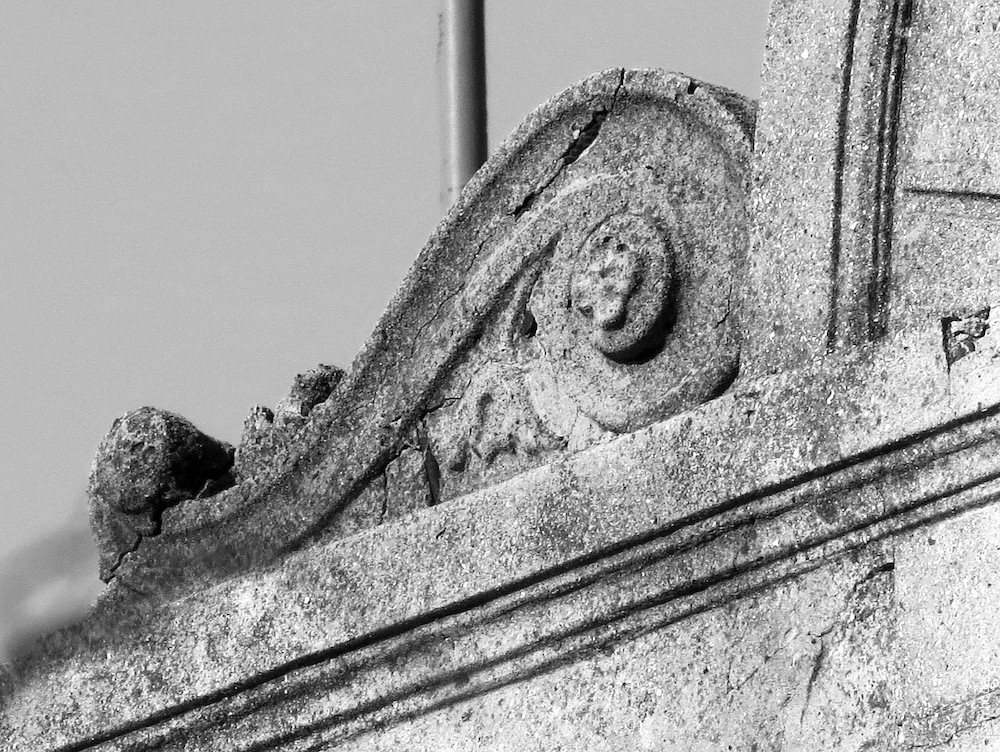 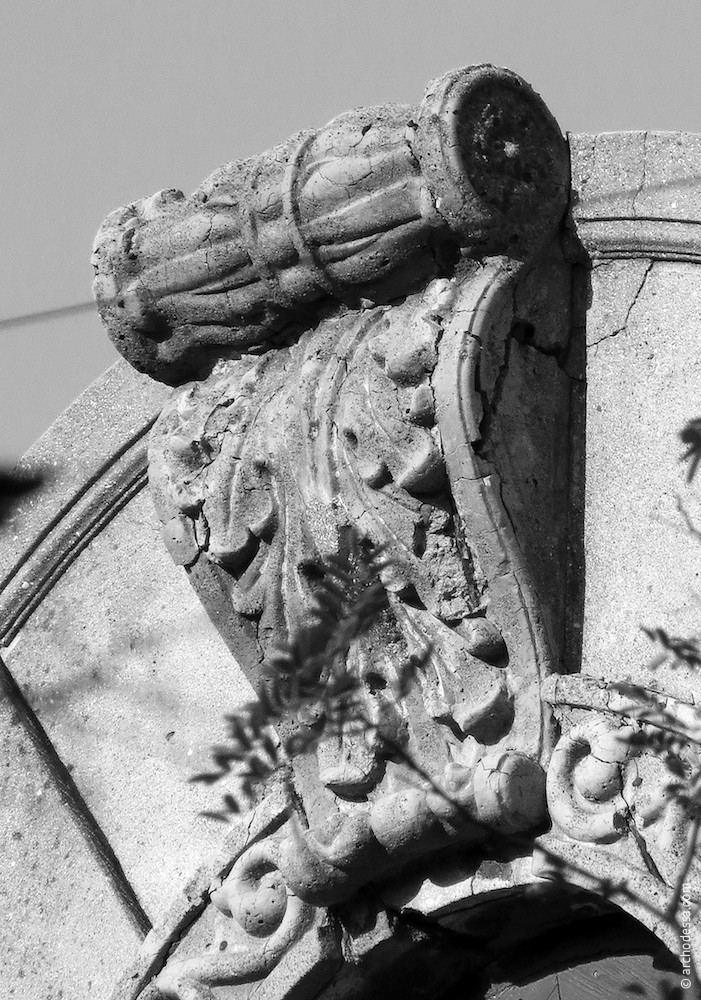 Compositional union of all facade elements is achieved due to uninterrupted wide moulded frieze. 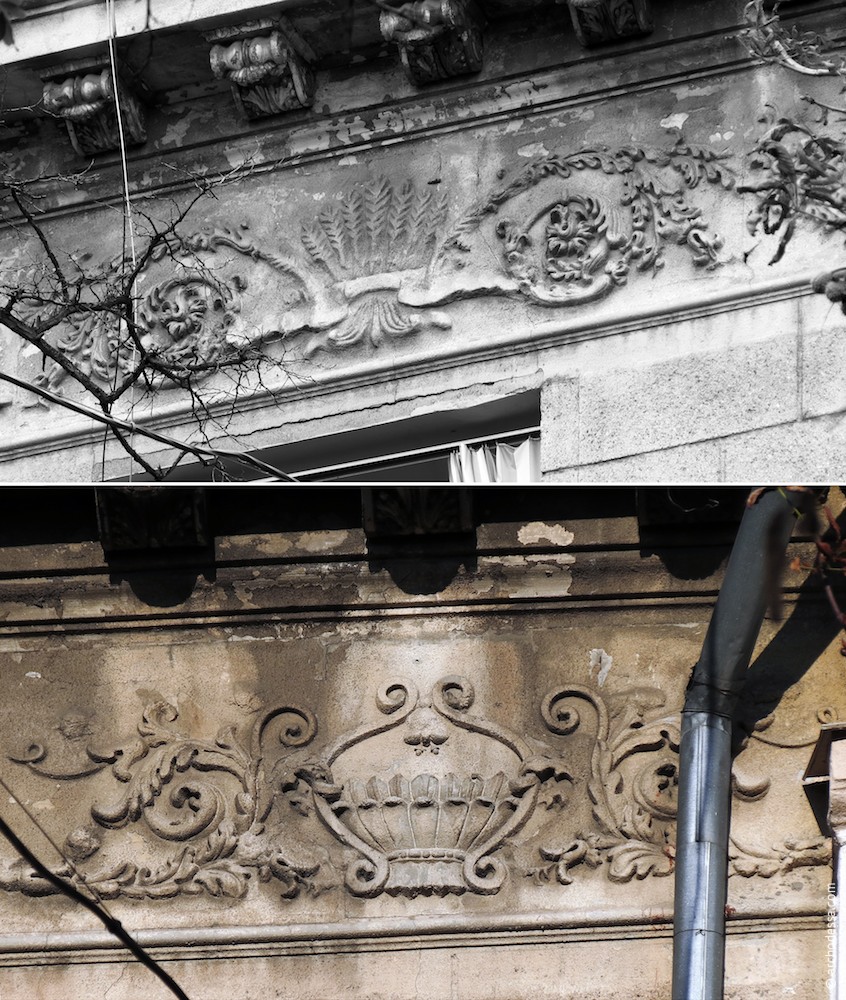 Fragments of the frieze

Facade is finished with the massive cornice and stone balustrade on the each side of the pediment.Moulded decor is concentrated on the balcony corbels and balustrades, half-columns, frieze, cornice and pediment. The surface of the walls has no decoration but there is a light tentative rustication. The rustication of the ground floor is only horizontally orientated. It is present both on the facial and the yard facades.

One can enter the yard of the house through the arch of the neighbor house of Ozmidov (number 4). A yard facade, as well as the facial one, is absolutely symmetric, but unlike the facial one — has no decoration at all. 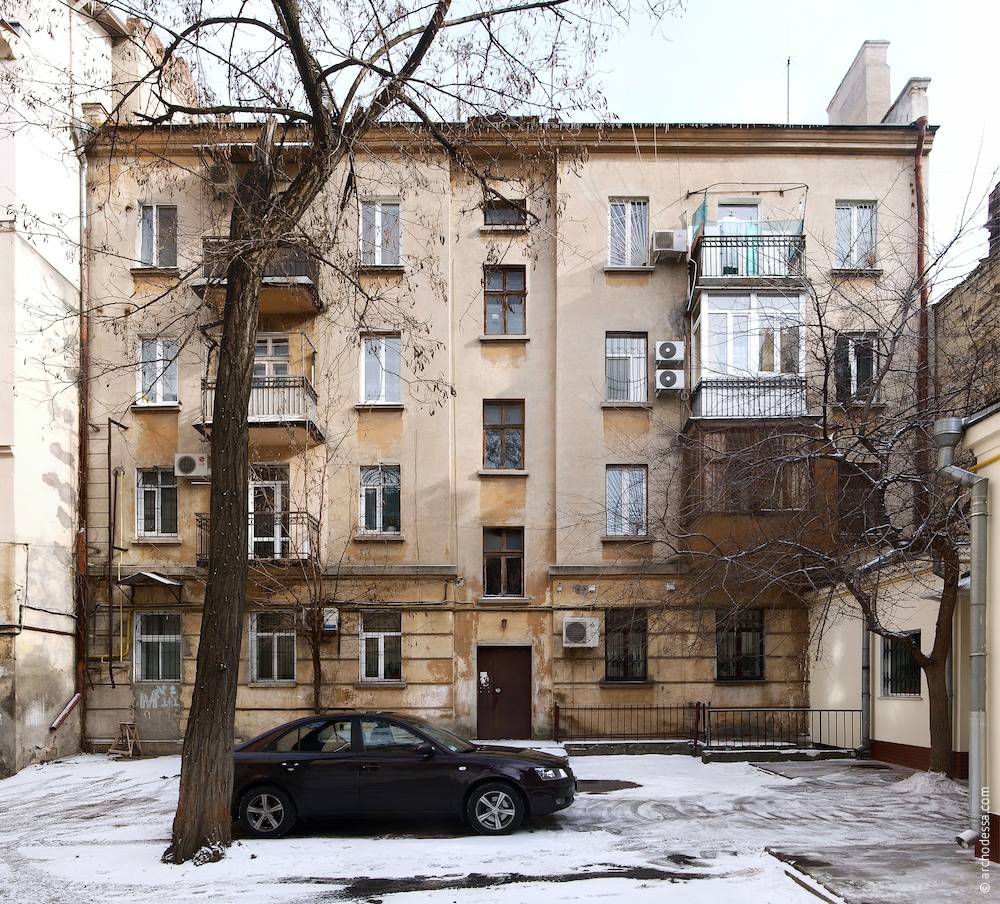 Along the central axis an entrance to its single entrance hall and its windows are located. Just along this very axis a staircase is located. The decoration is ascetic and extremely functional. The railings are very simple and are made of the cross-sectioned wands. The landings are very spacious, on each of them doors of four apartments are situated. 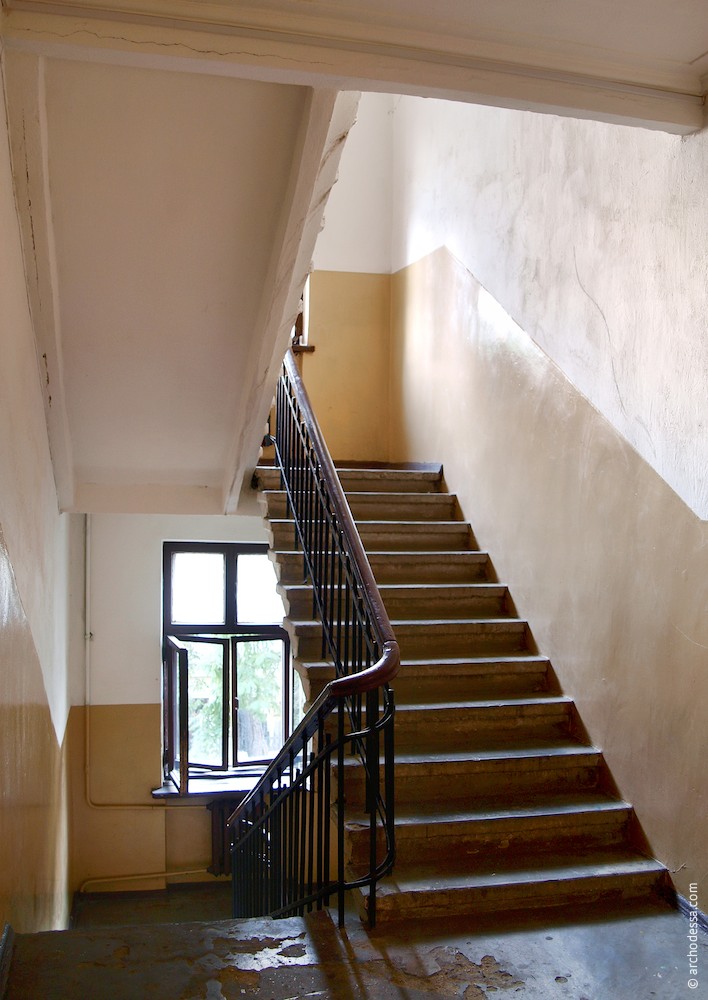 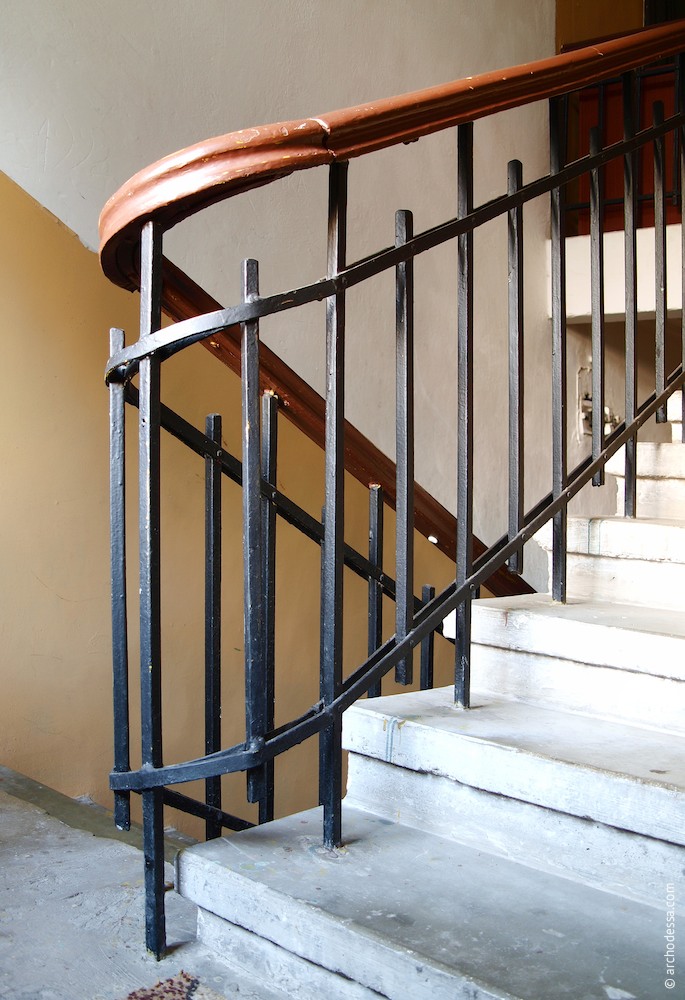 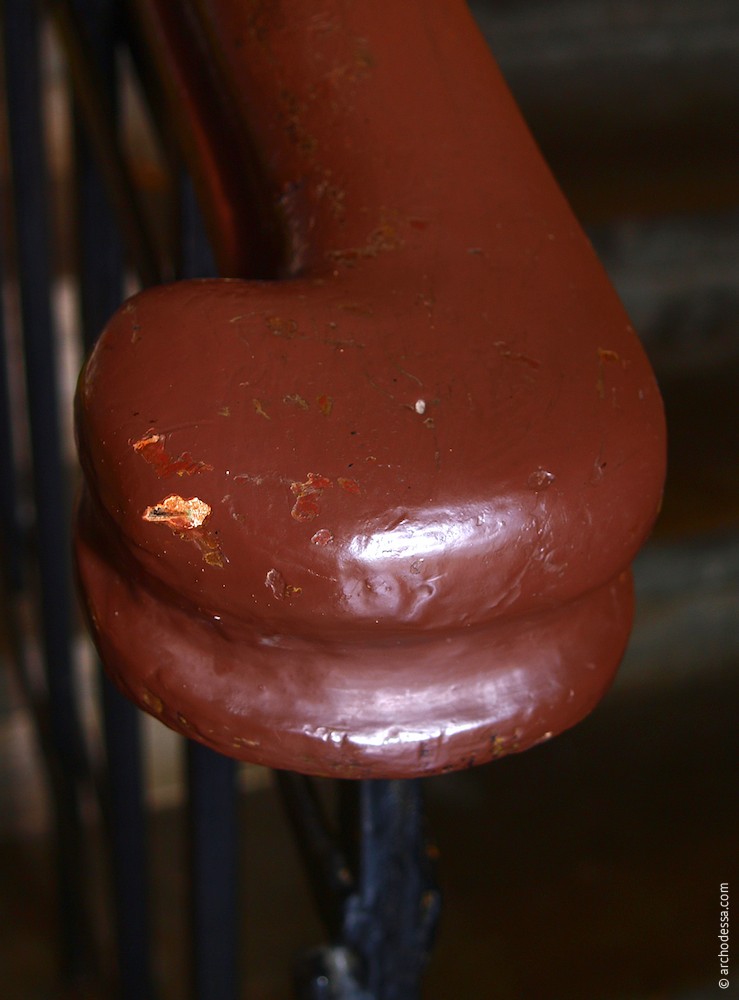 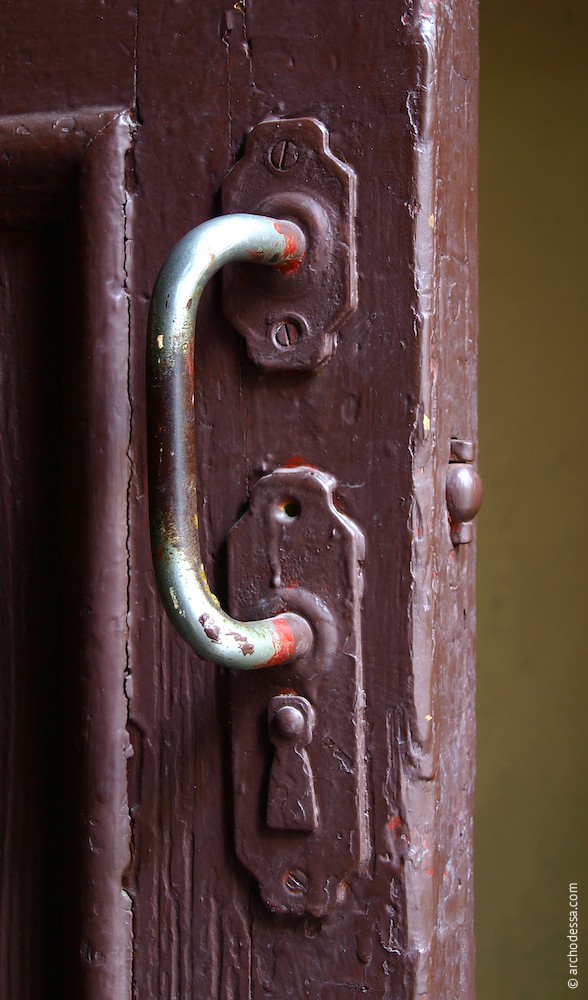 On the whole, despite the comparative restraint of the Stalin houses of the 50-s years, the house on 6, Marazlievskaya Street is noticeably more decorated than majority of them that is certainly due to the neighborhood of the sophisticated architectural masterpieces of the pre-revolutionary epoch. Owing to this, the building is nicely fit in a surrounding housing, and the height of it corresponds to the neighbor houses number 2 and 4 in order to avoid the rhythm disturbance.