81/6, Kanatnaya Street. A former building of the administration of Pavlovskiy houses complex with low-cost apartments

It had taken a decade and a half from the end of the building number 5 construction before the ensemble of Pavlovskiy houses with low-cost apartments was supplemented with the last building — the number 6. 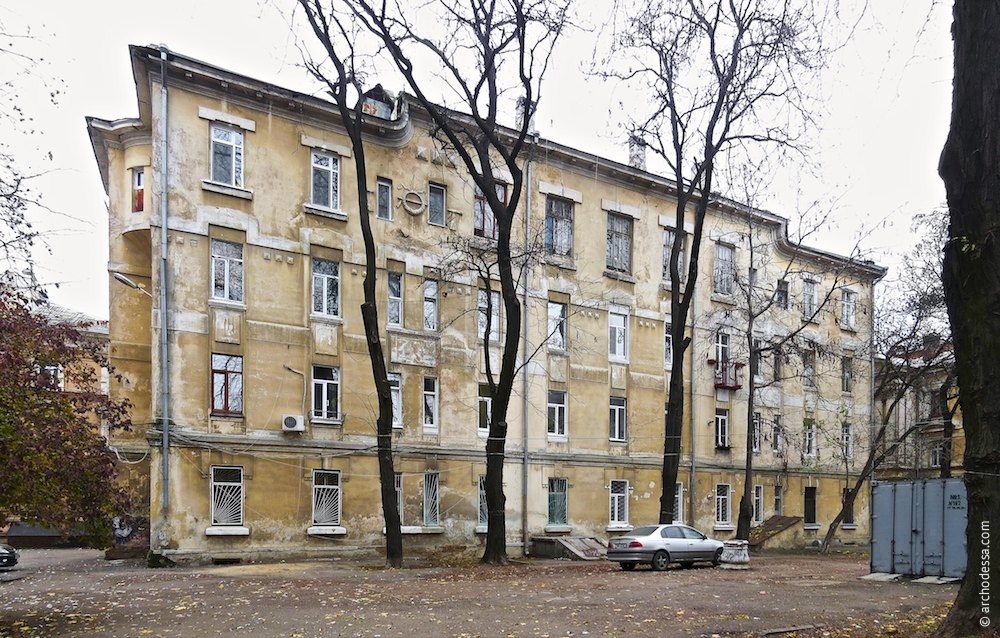 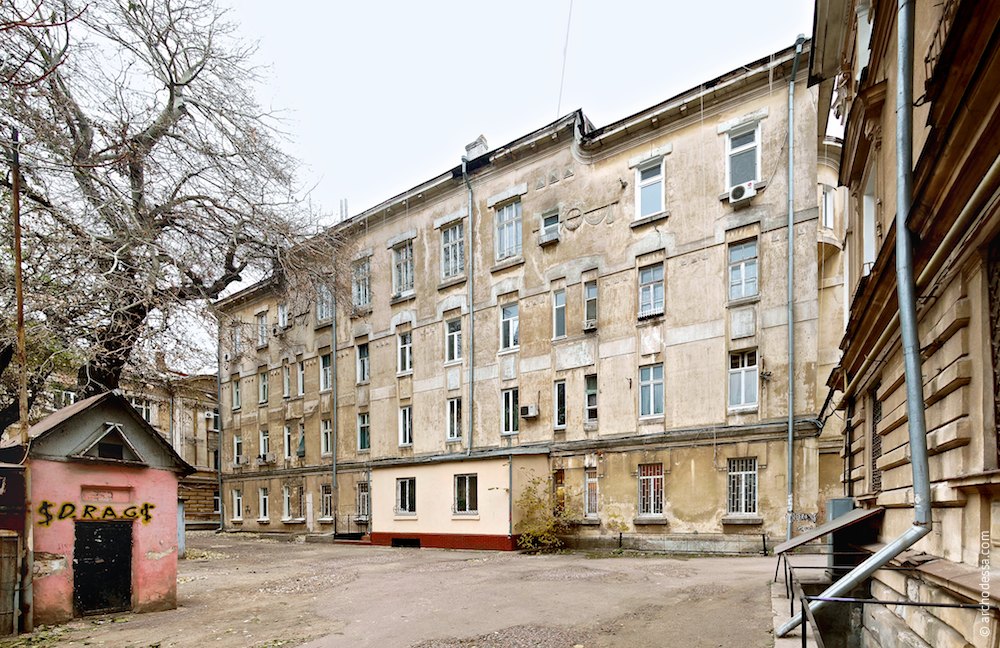 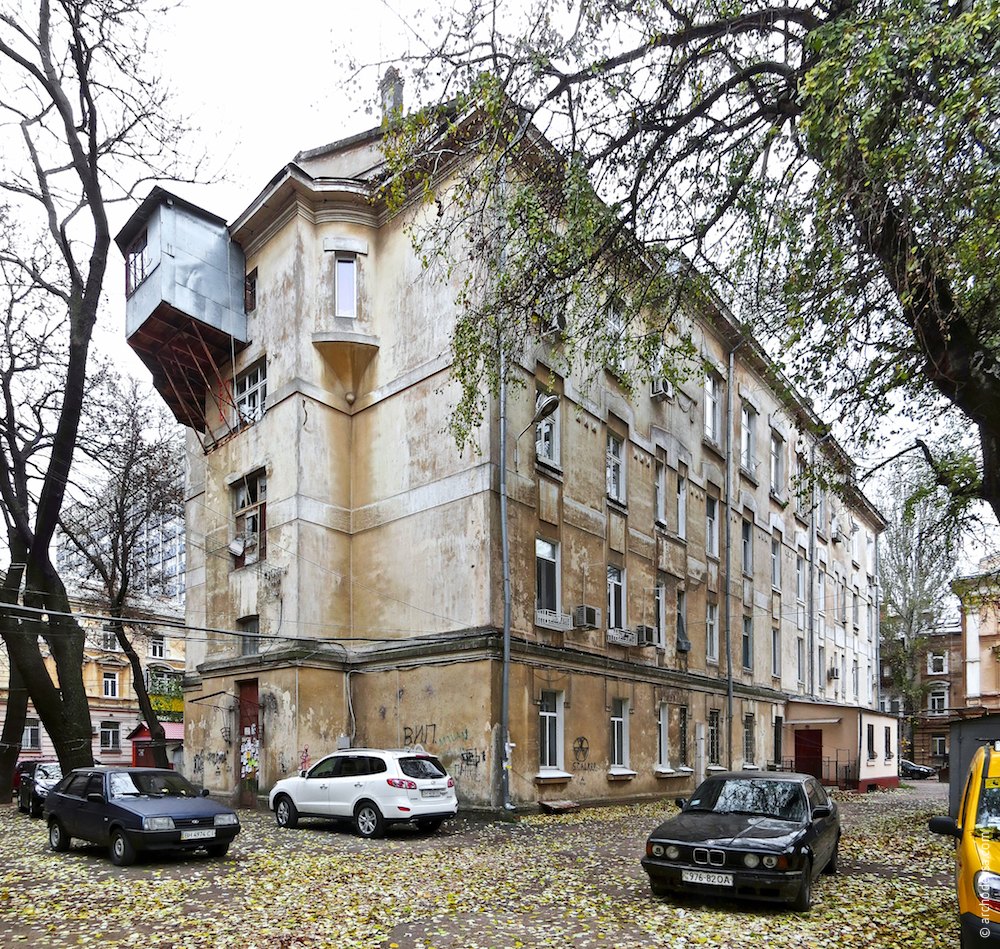 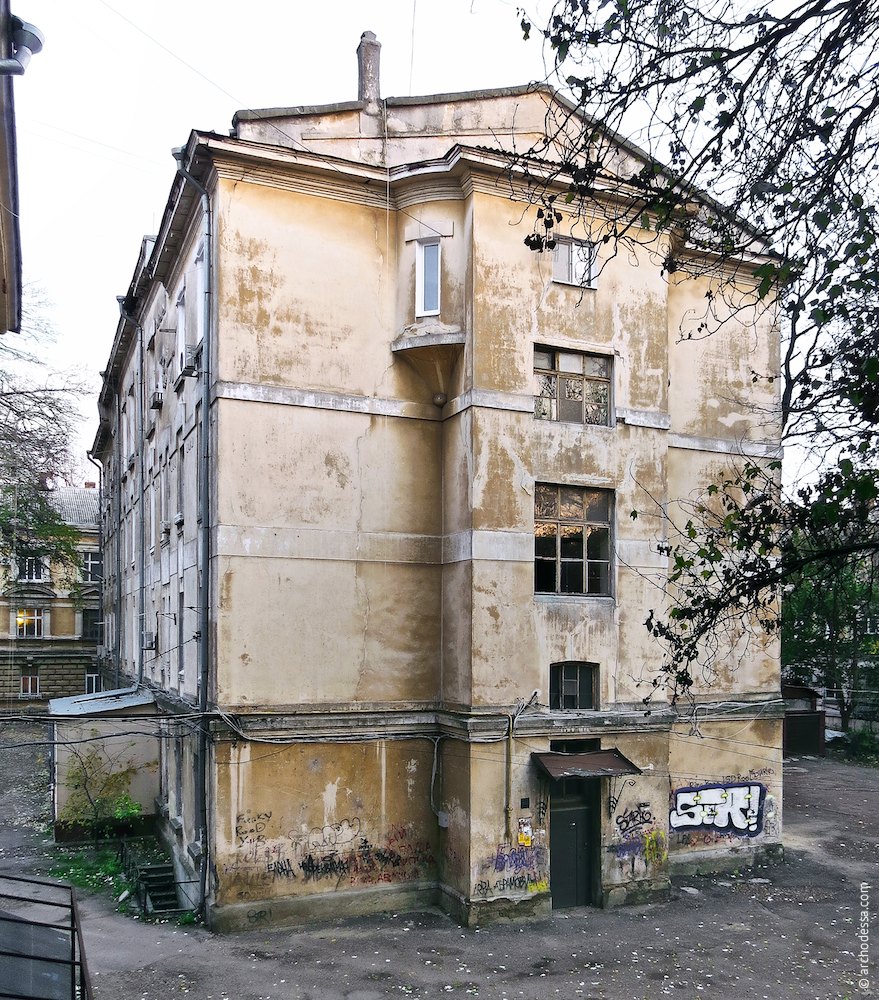 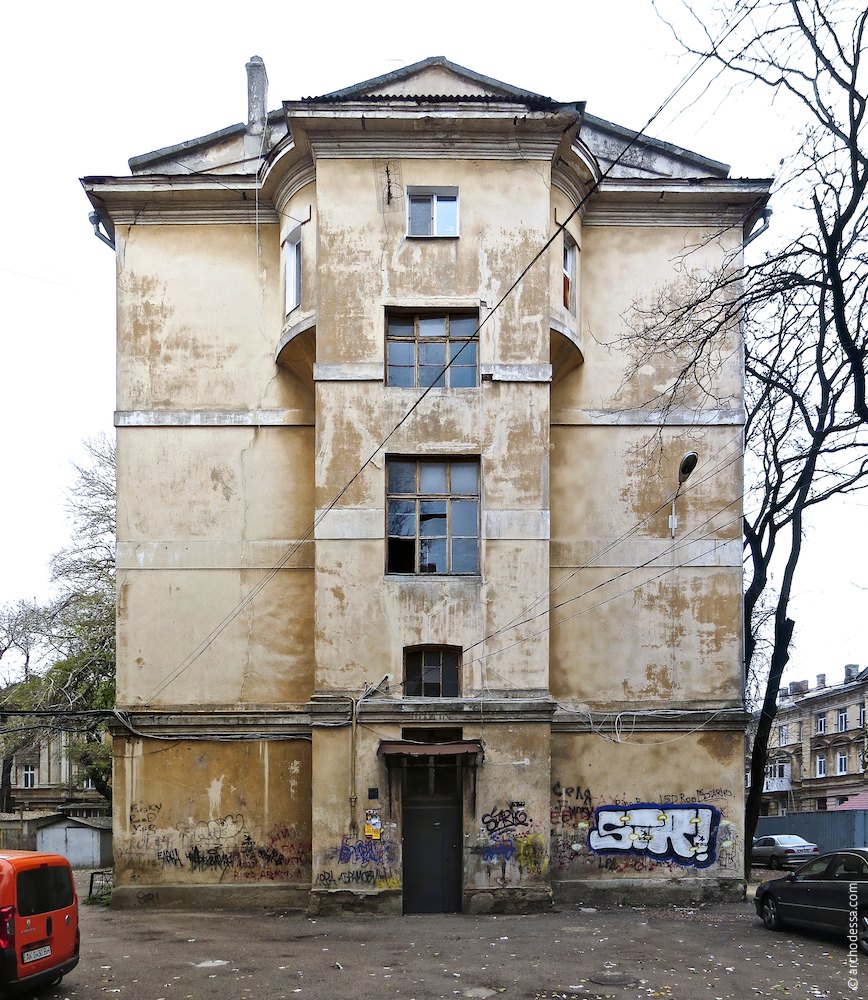 Unfortunately, the exact details of the construction date and the author of the project are not available, that does not prevent, however, to conduct a free analysis of the house architecture. The authorship of L. M. Chernigov can most likely be supposed, as in the design of the building there is a number of elements peculiar to the architect. The building is strictly symmetrical; a silhouette is rectangular with a trapezoidal eminence in the central part. A similar technique was used by Leonid Chernigov, for example, in a house of Russow on 38b, Koblevskaya Street. A similar silhouette can be seen in a later creation of the architect on 9a, Preobrazhenskaya Street. Building facades are treated in a restrained manner of geometric Art Nouveau style with separate elements of the modernized Empire style and Russian neoclassical revival of the period (for example, moulded wreaths placed symmetrically at the level of the third floor, near the edges of the facade plane).

Decorative details of the ground floor 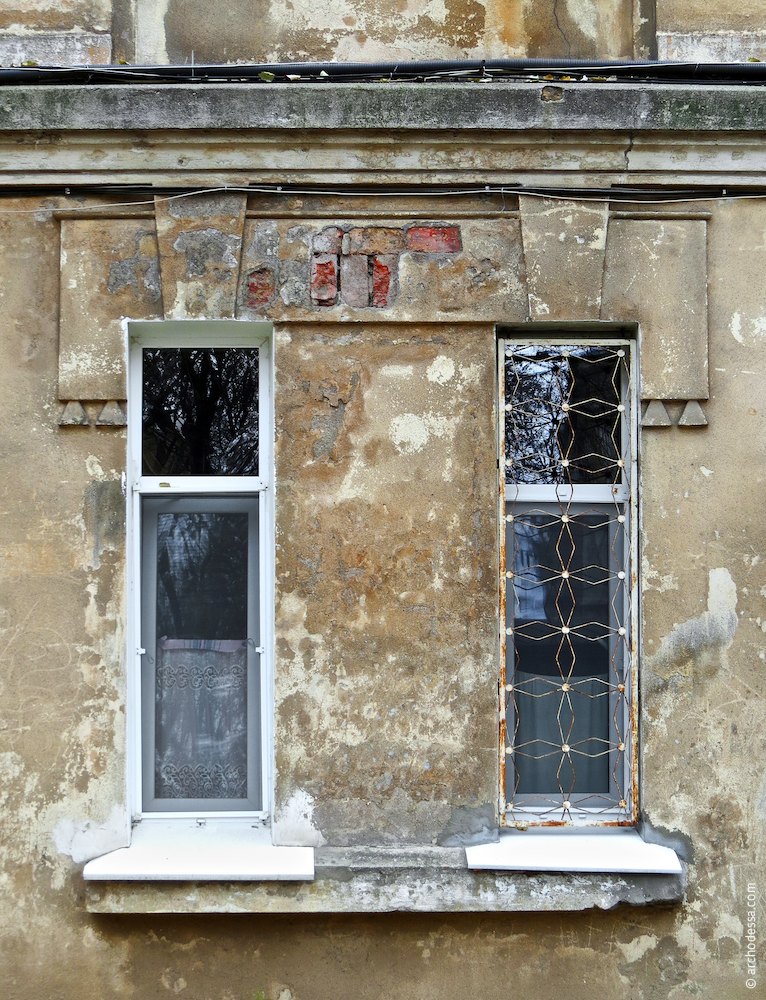 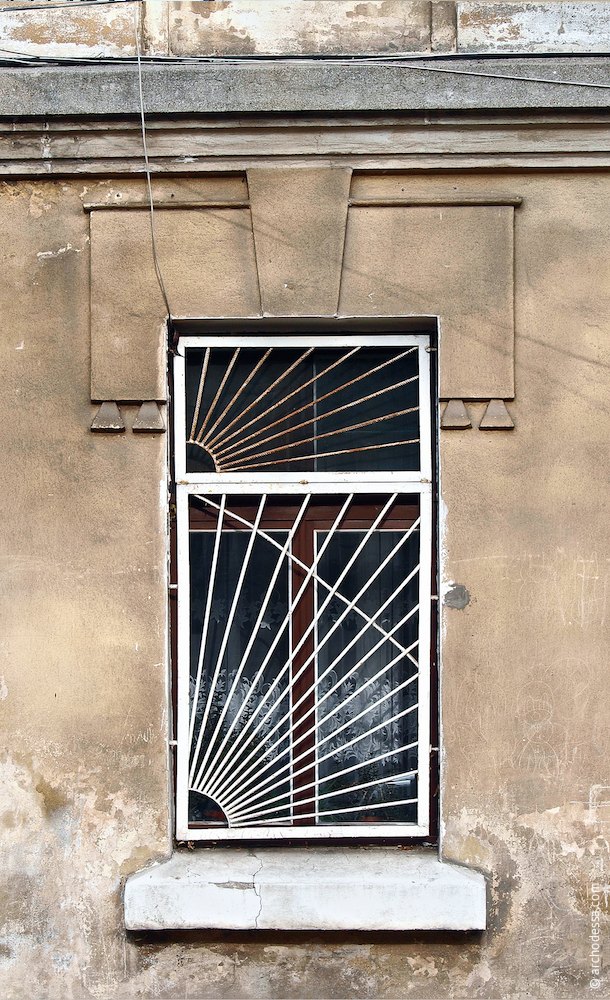 Decorative details of the second and third floors 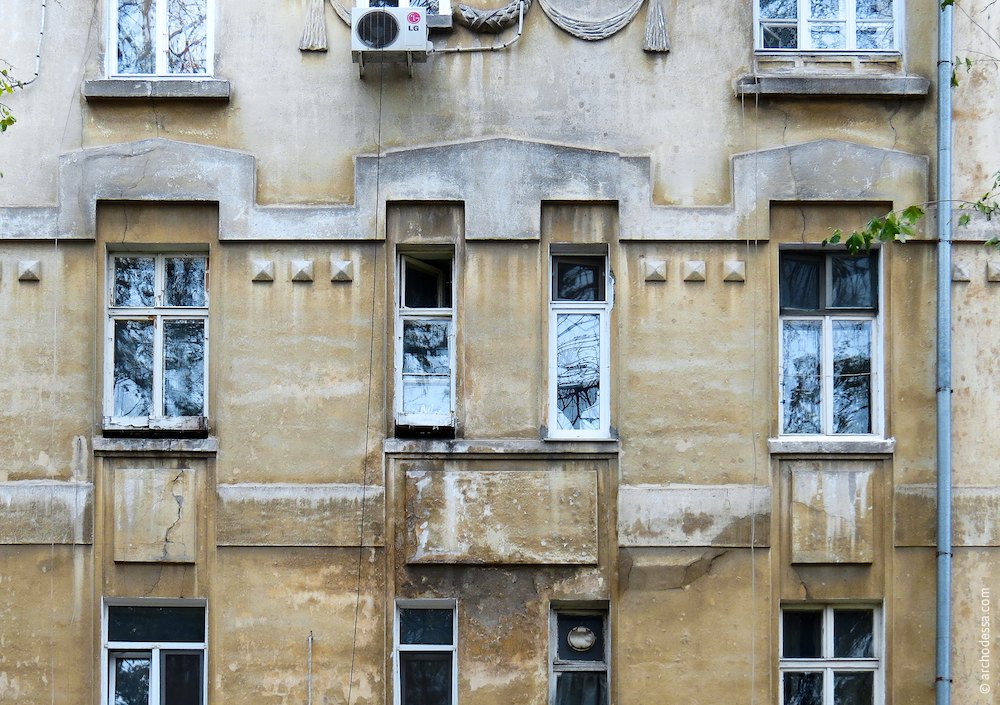 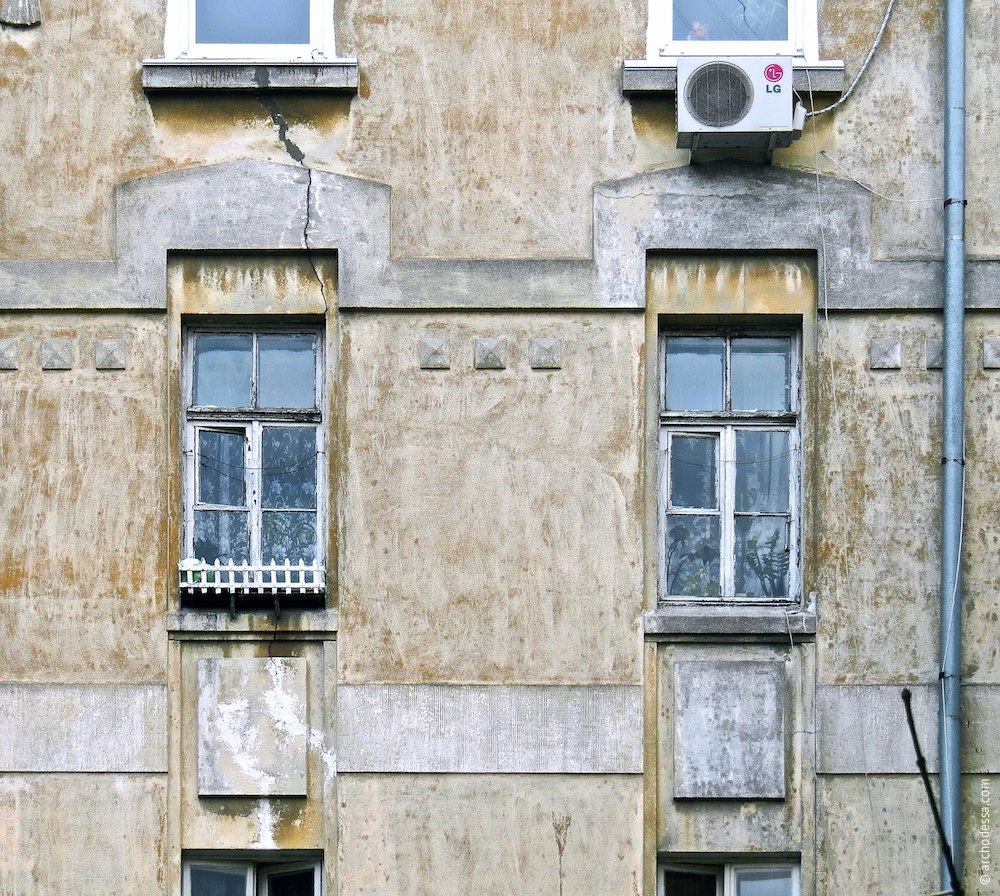 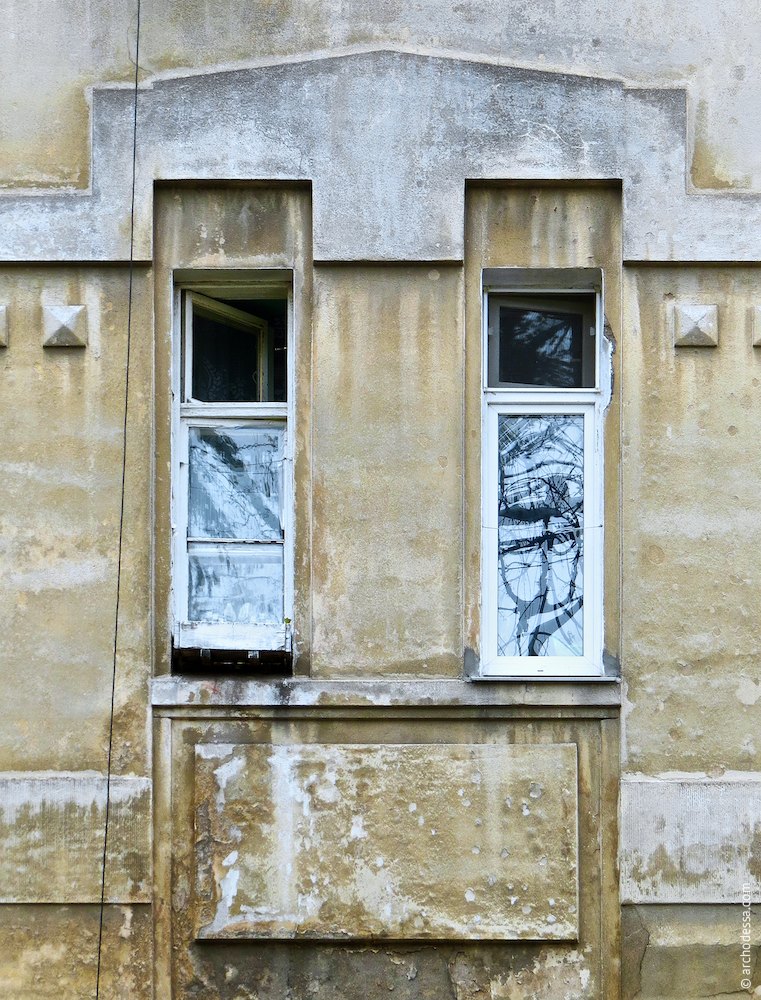 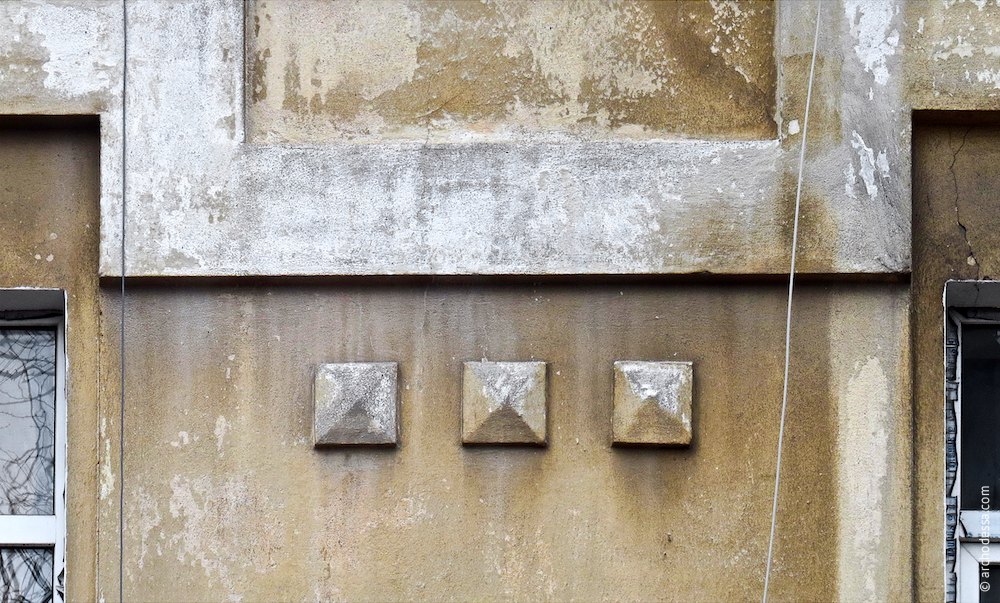 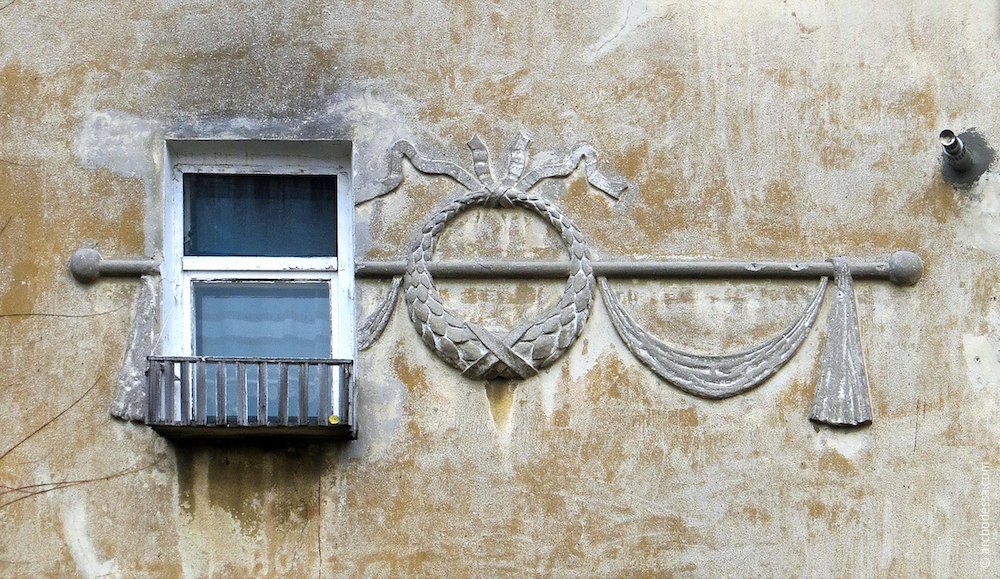 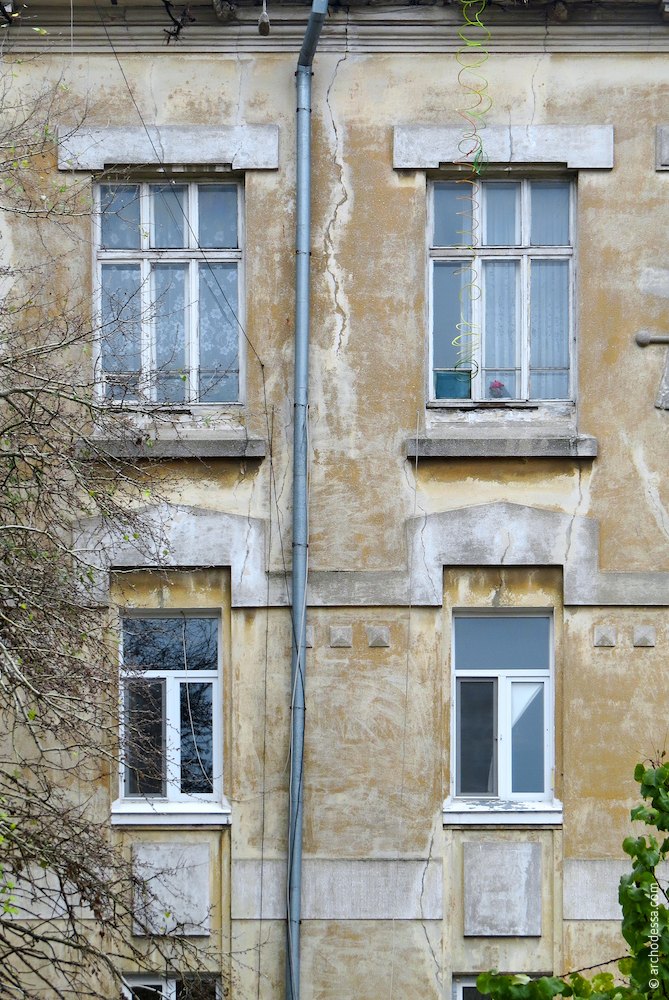 Front facades are almost devoid of decoration, in the center of each there is a massive risalit of the staircase in the entire height of the building, flanked at the third-floor level by bay windows, having the shape of a circle quarter in plan. The bay windows are the only details diluting the monotony of front facades. 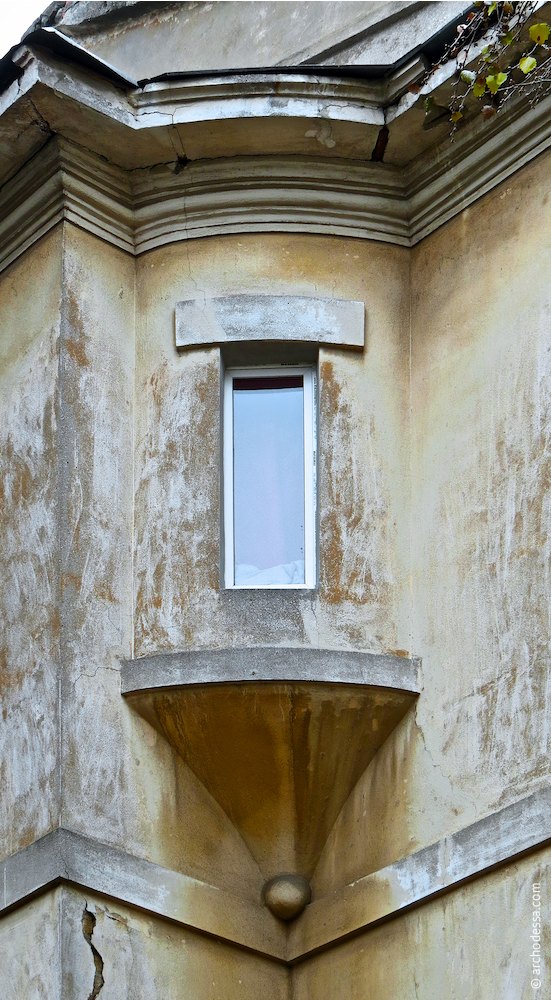 The layout of the building is unusual for residential architecture and it is likely that the building number 6 was designed for the arrangement of the various offices and services of Pavlovskiy houses. Both entrance halls on each floor are interconnected by means of a long corridor, on the sides of the latter apartment doors are located. The ceiling of the third floor rooms is much higher than the ceiling of other floors (it is clearly visible and in height of the third floor windows). Over doorways to the entrance halls metal canopies, made ​​in a single style with the architecture of the house, were preserved.

Canopies of the doorways 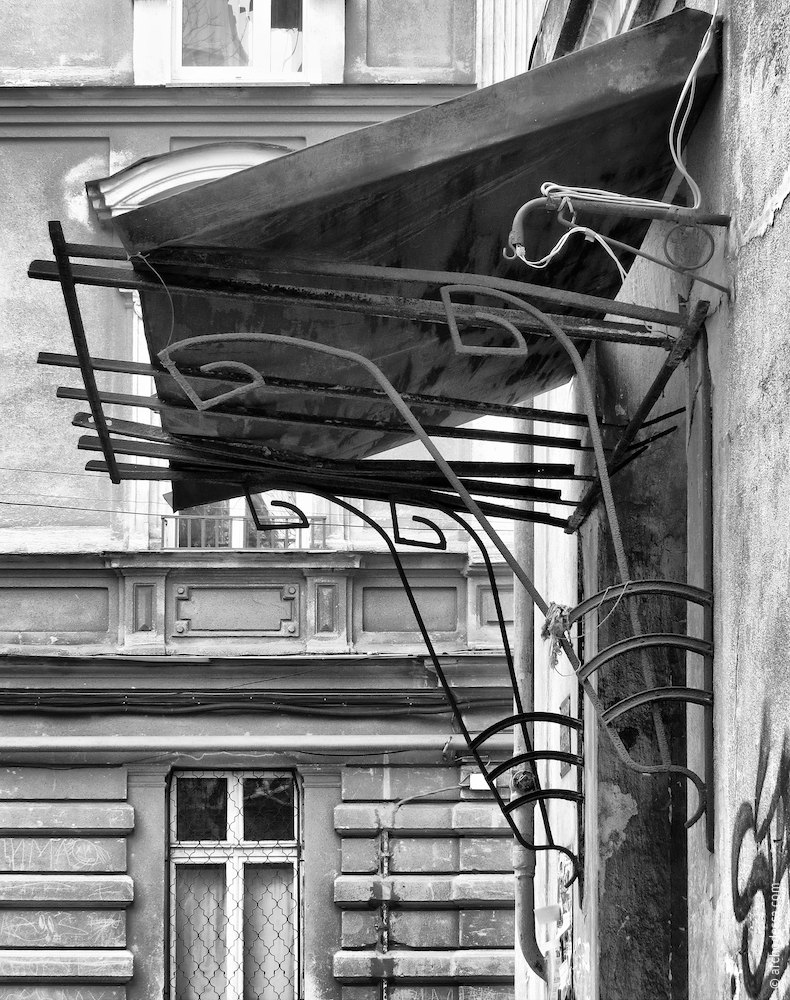 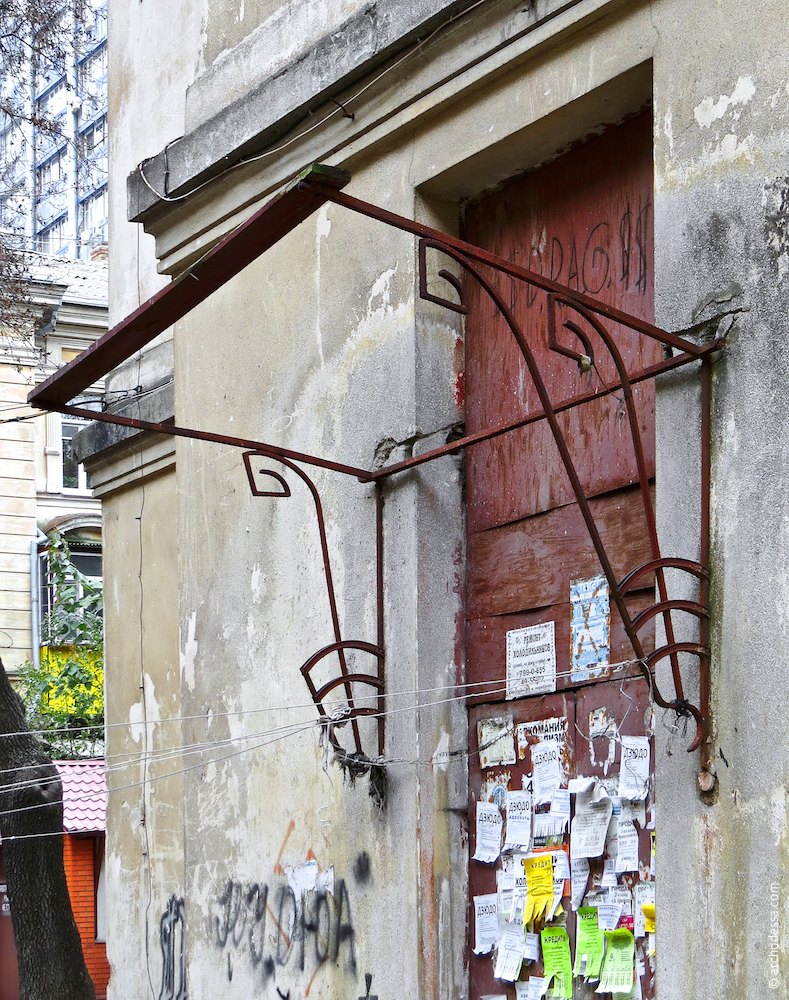 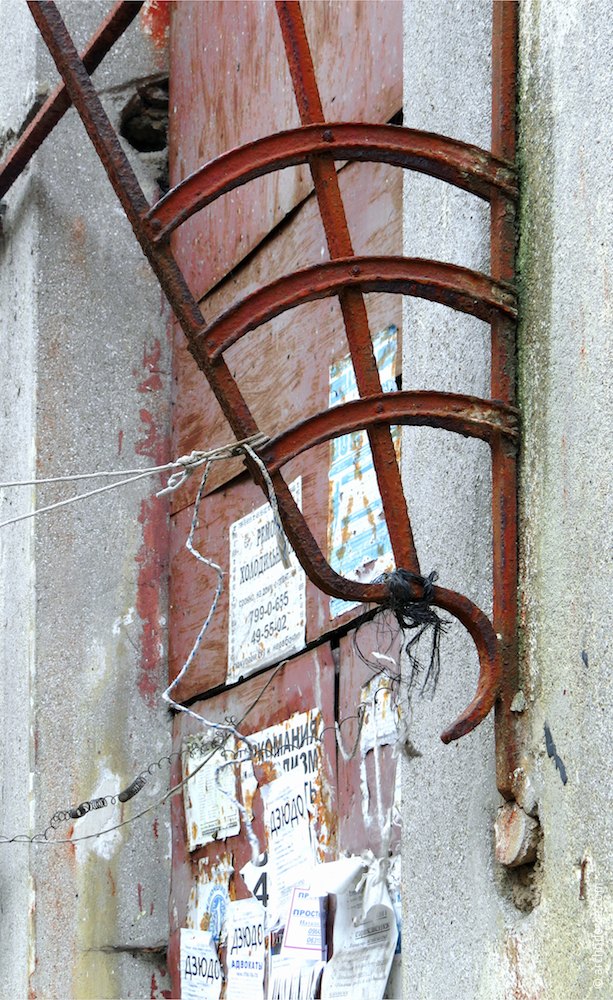 In stair railings a simple geometric pattern was used, various variants of which are found both in the buildings of rational Art Nouveau and in the later constructivist buildings. 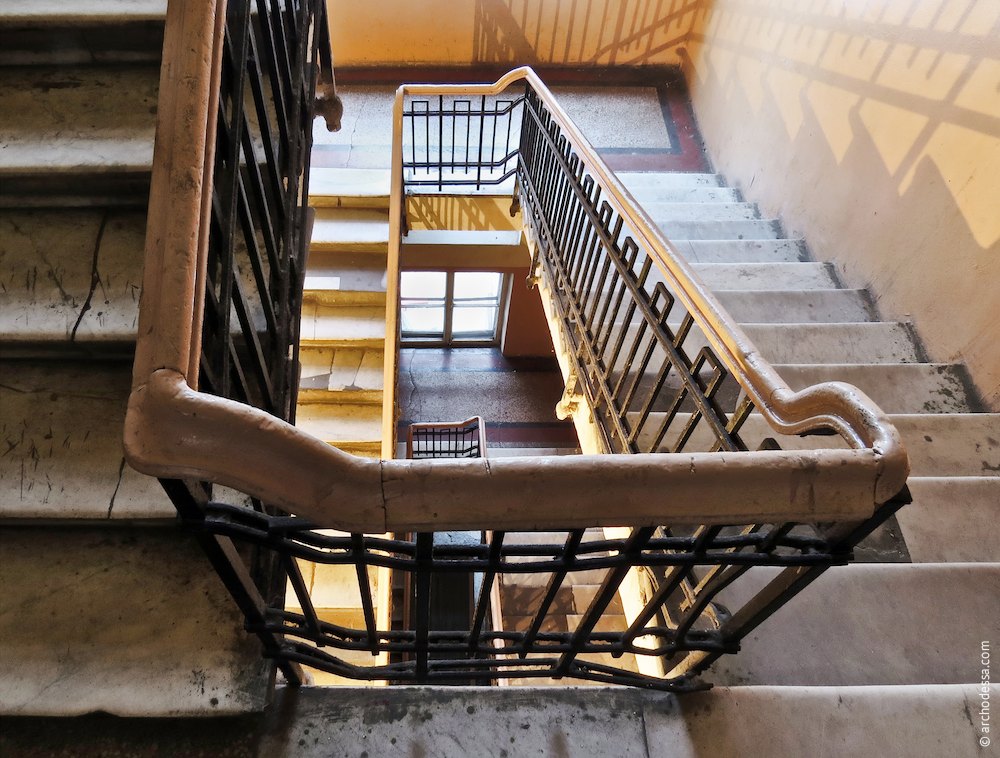 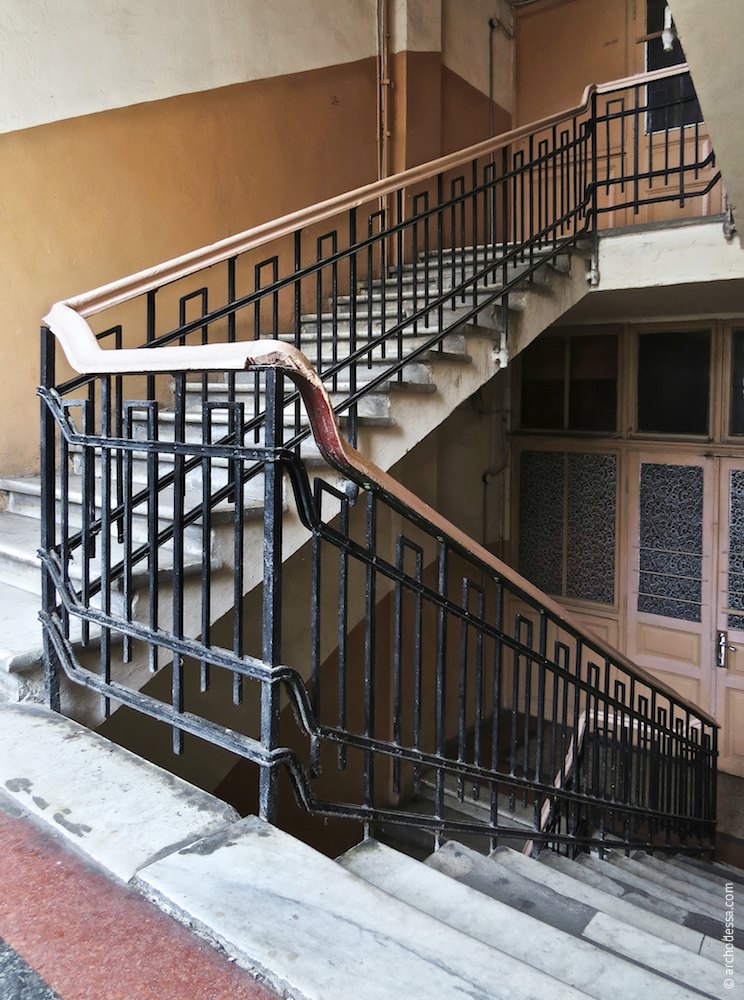 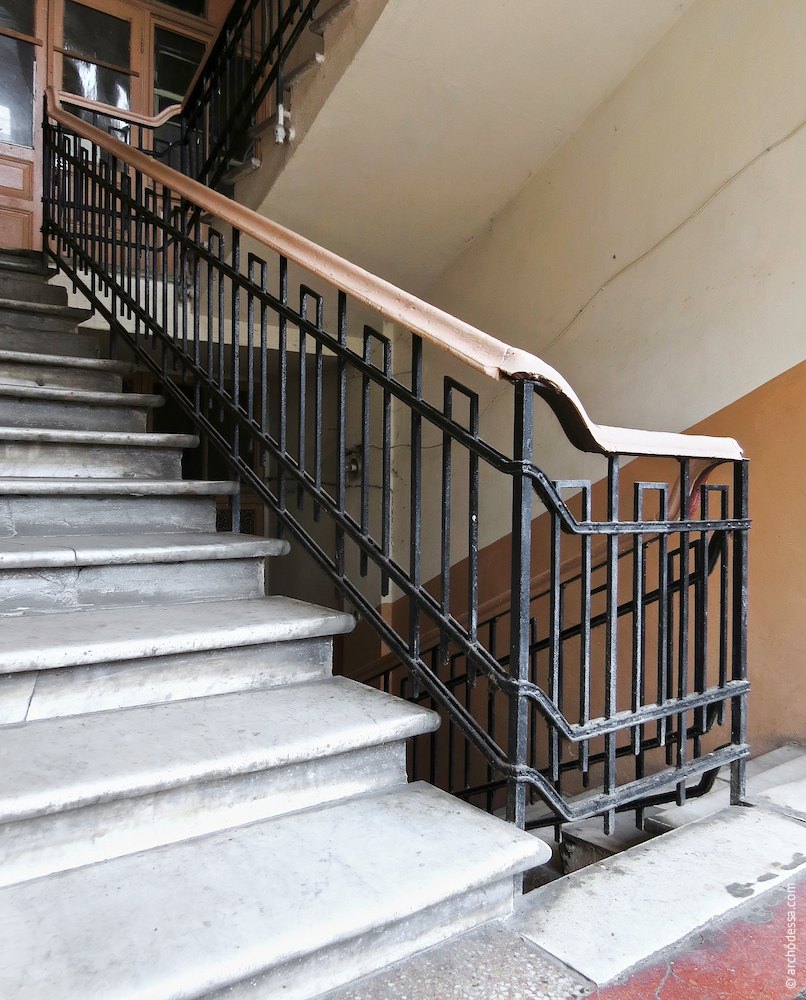 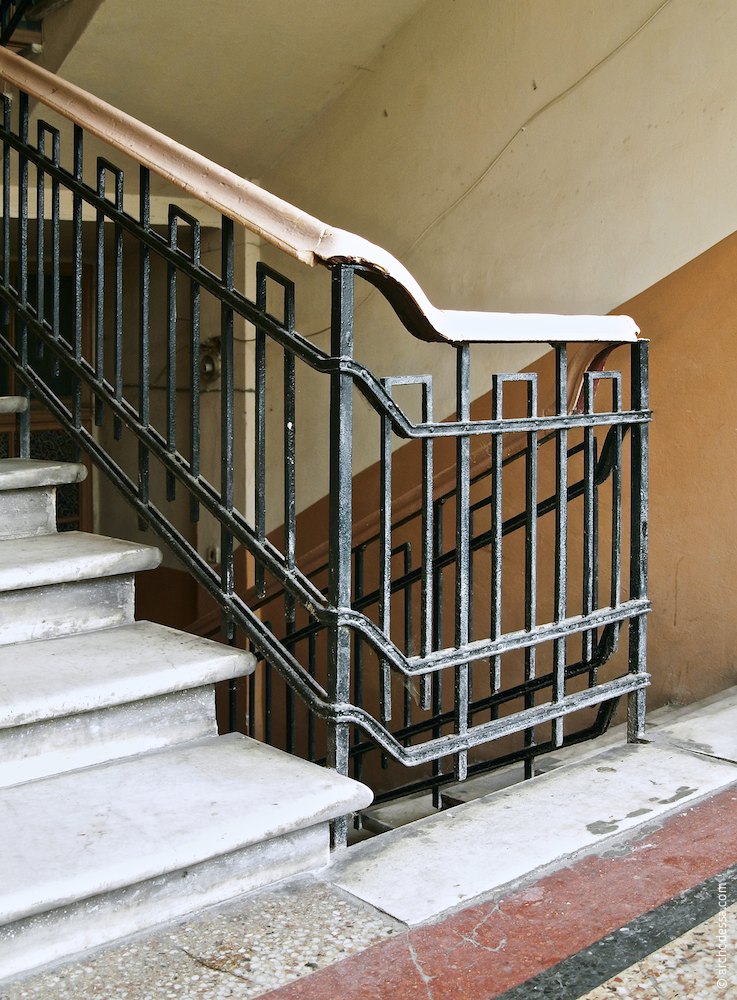 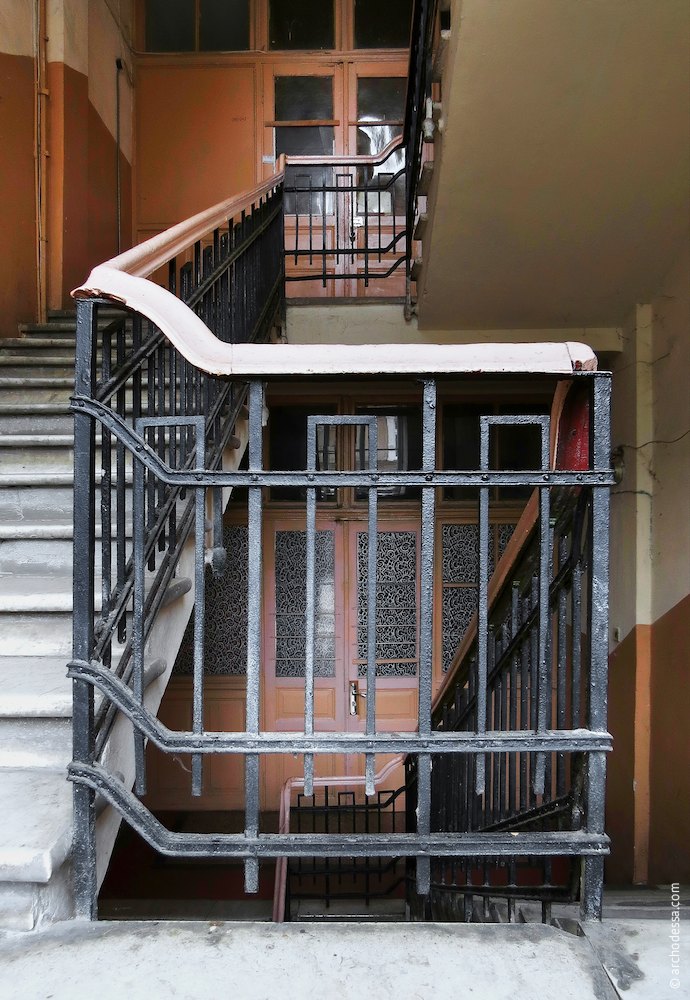 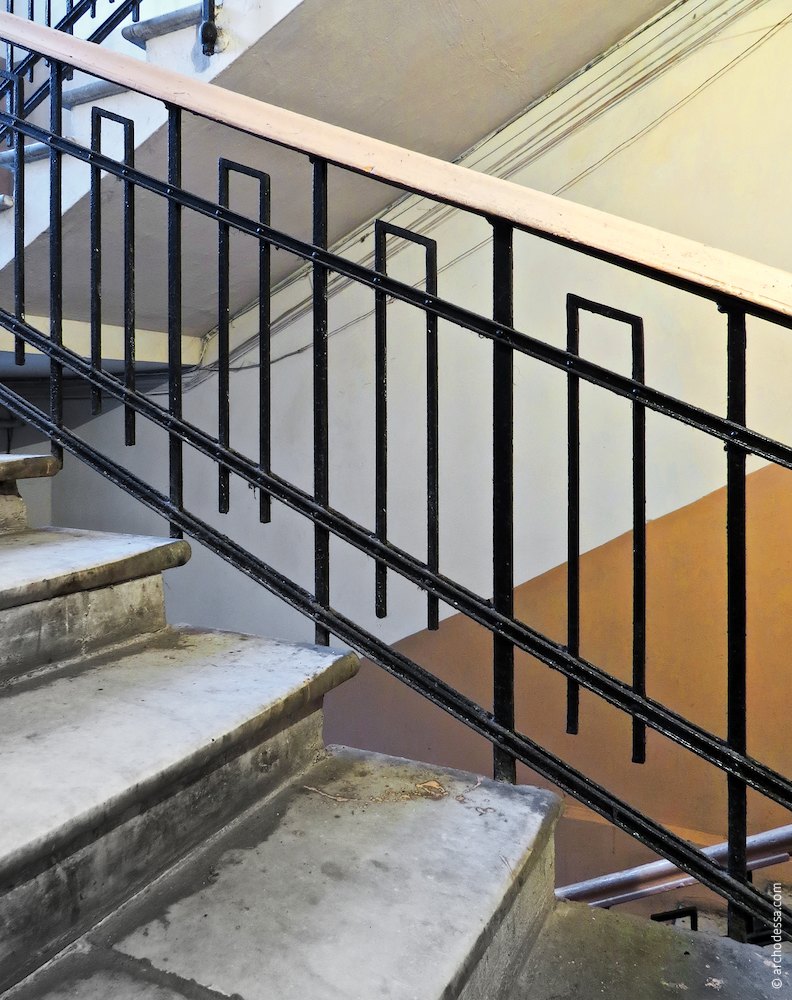 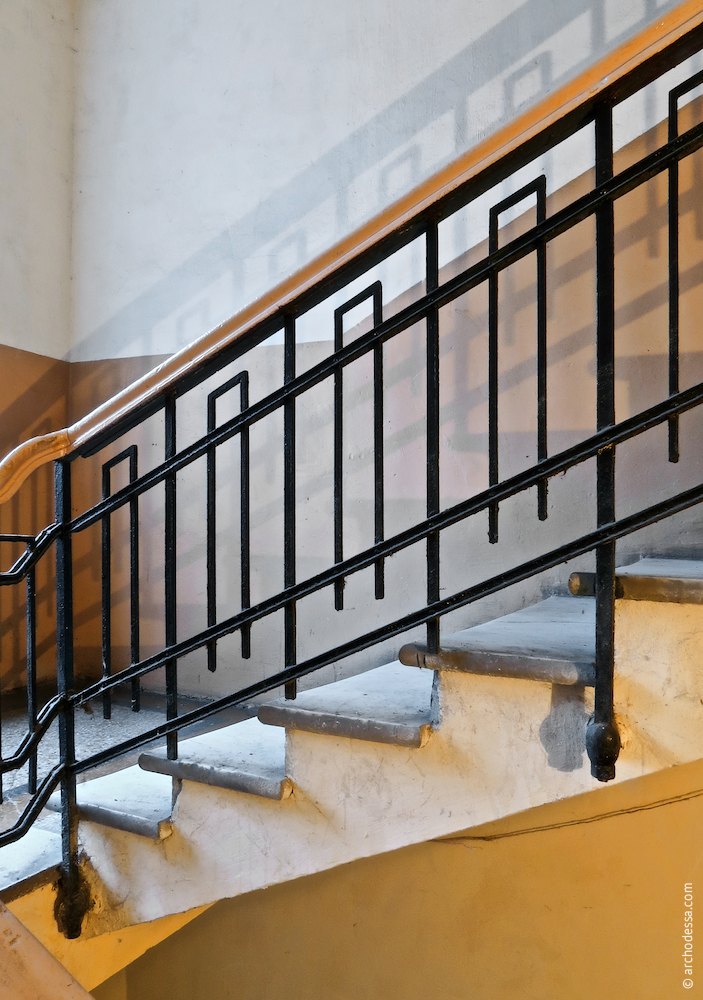 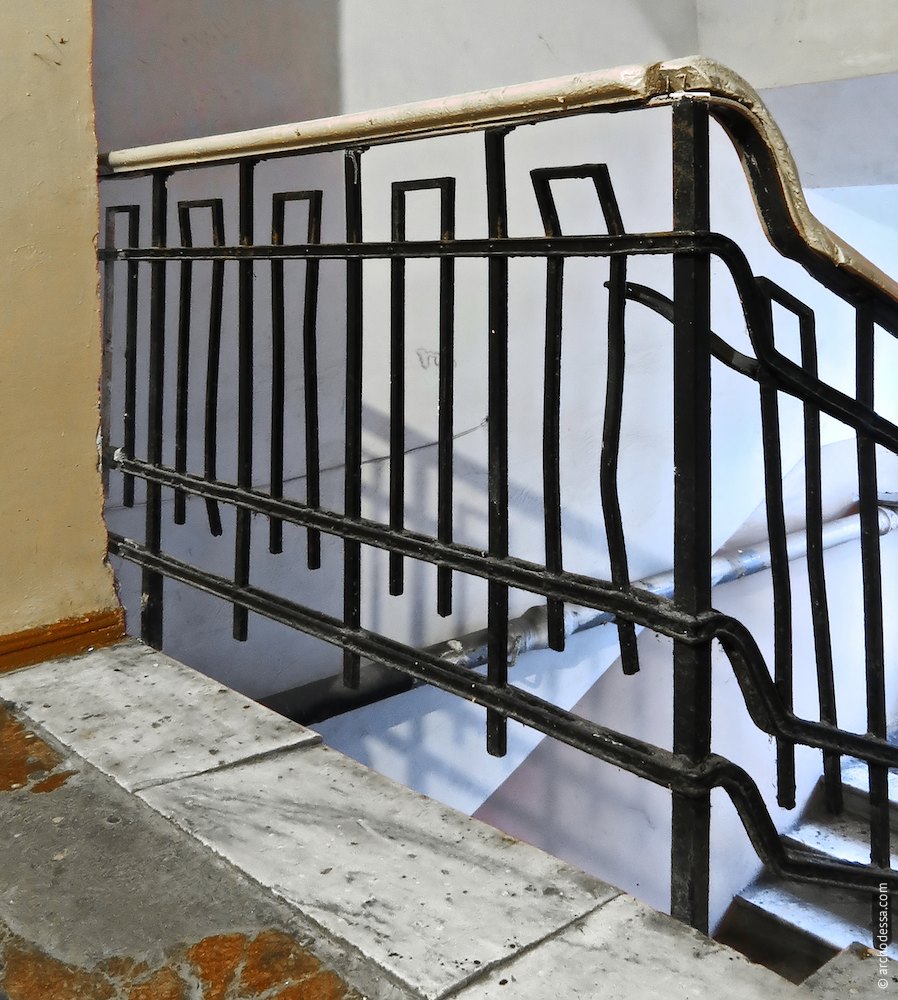 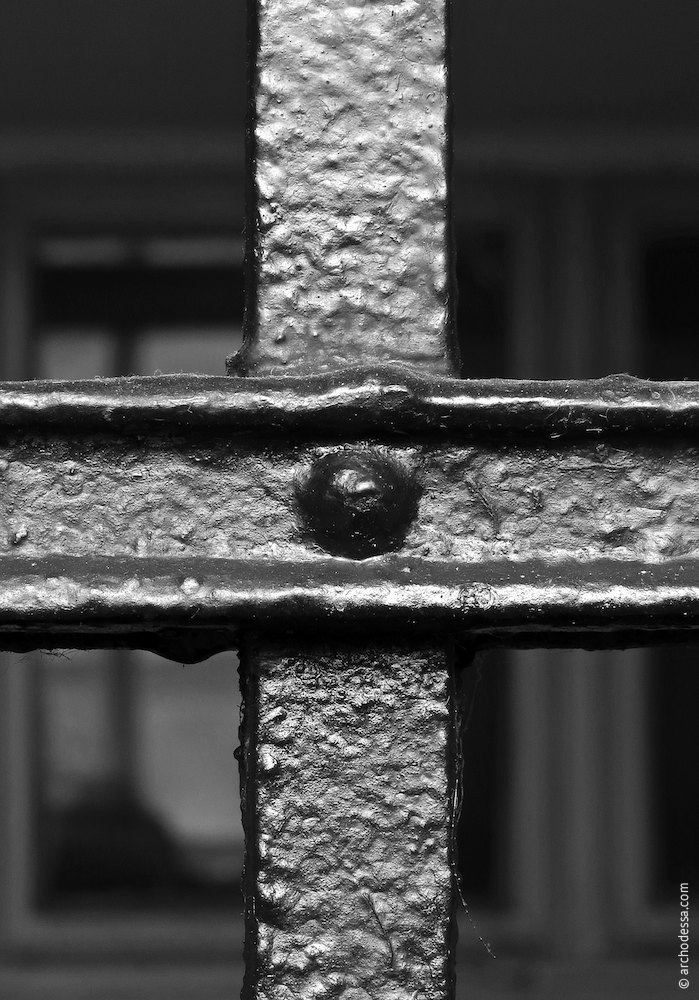 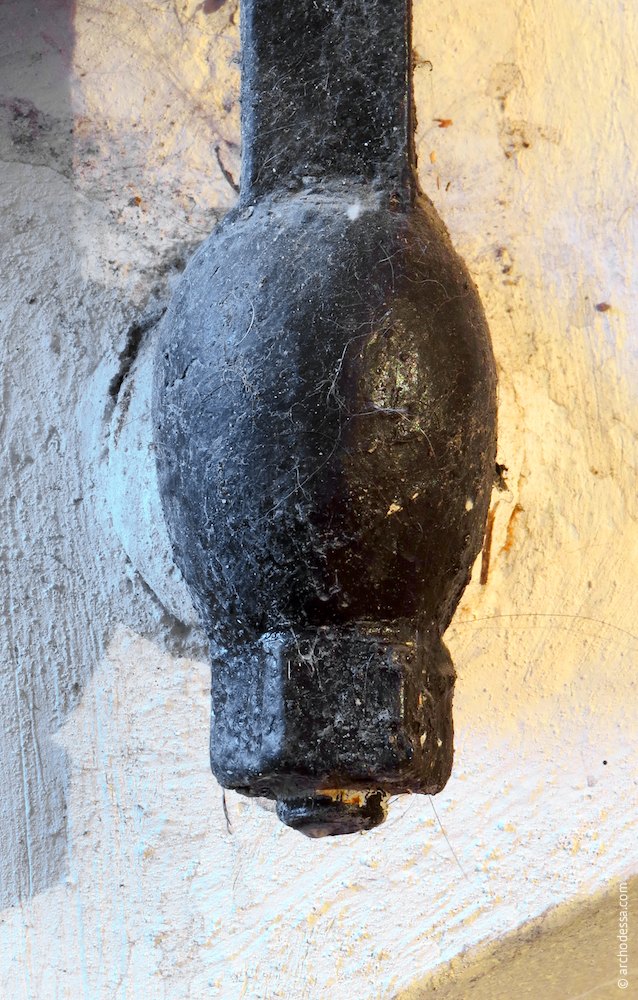 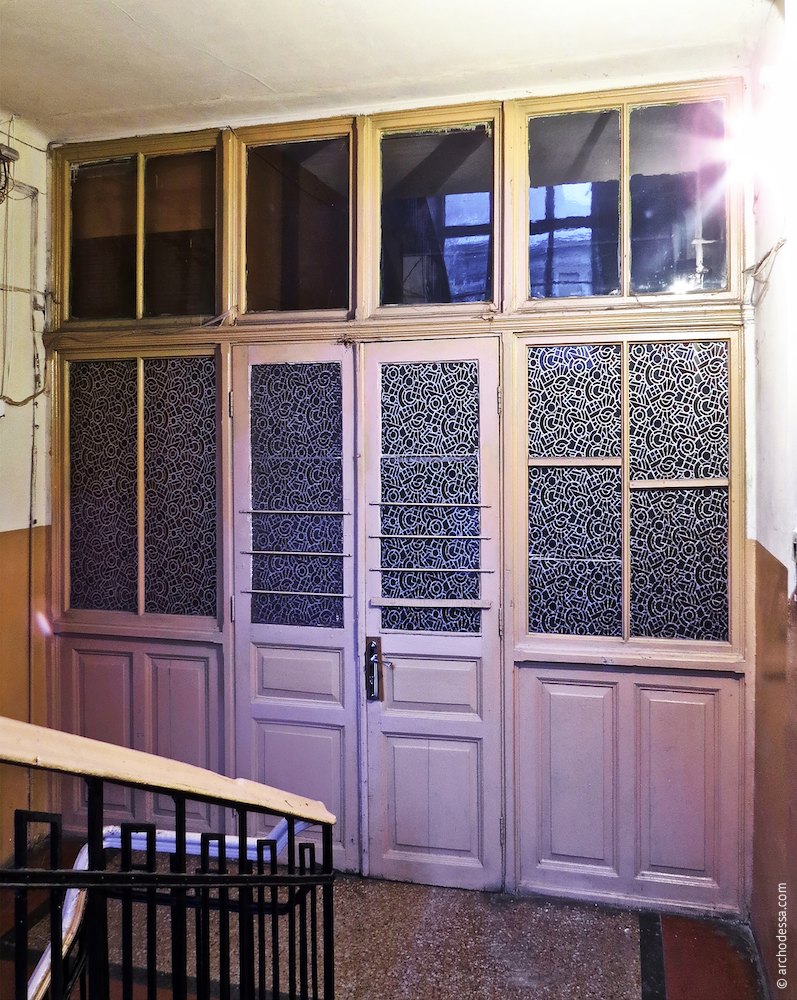 Door of the corridor 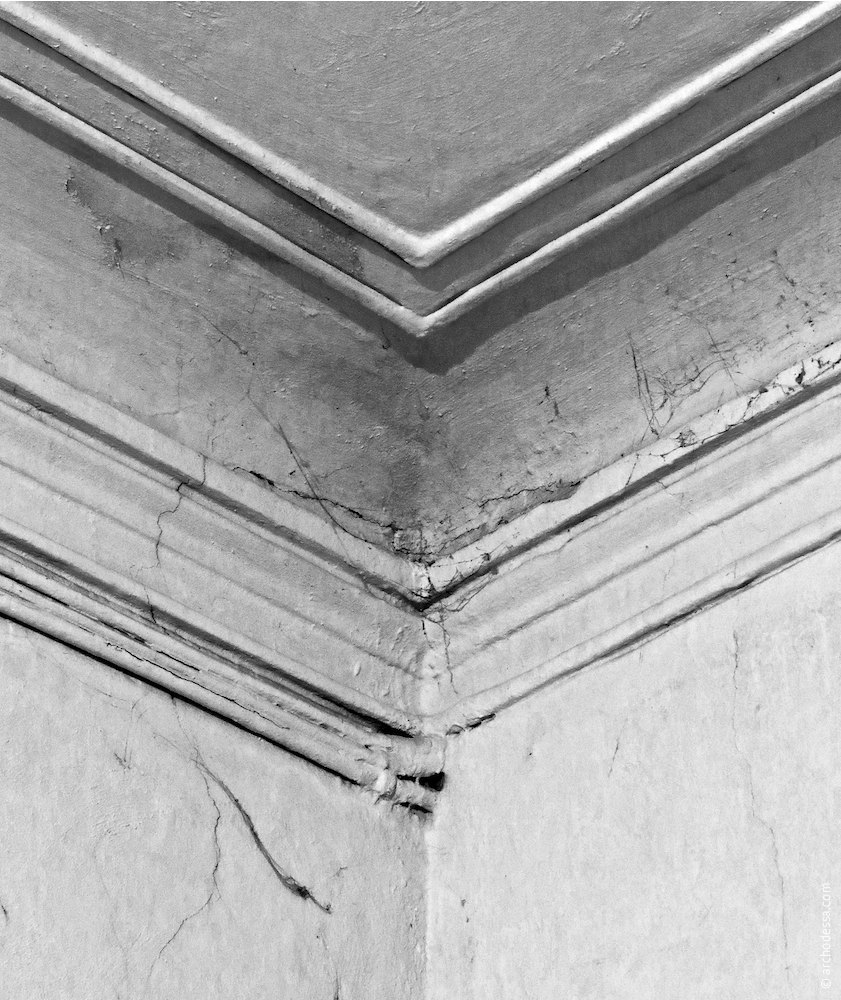 Ceiling of the staircase, a fragment of the cornice

In general way, the architecture of the building number 6 contrasts sharply with the other buildings of the complex, bringing into their ensemble a considerable dissonance (first of all by the style and number of floors). However, taken as a separate building, the house is a rather interesting and original example of geometric Art Nouveau of the first half of the 1910s.