The small house, occupying half of the standard size site in the facade width on the building line, has characteristic features that are inherent in creative work of Leonid Chernigov. Above the gate there is a janitor‘s room, and the ground floor was intended to accommodate trading space. However, the identification of the actual author of the project is still problematic. 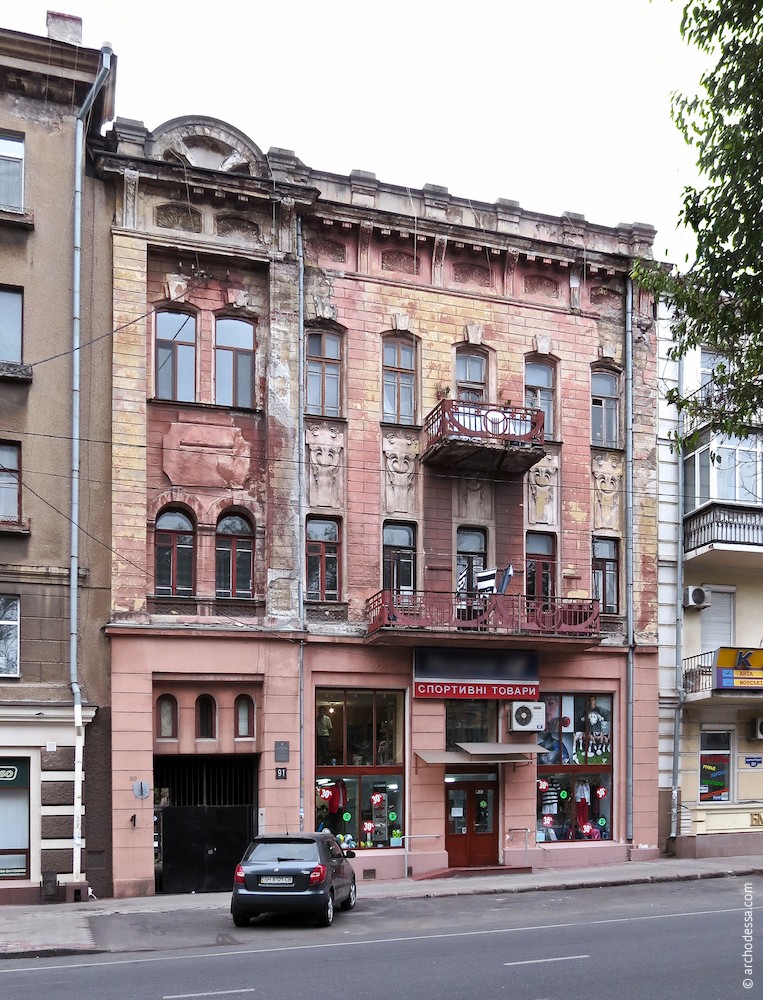 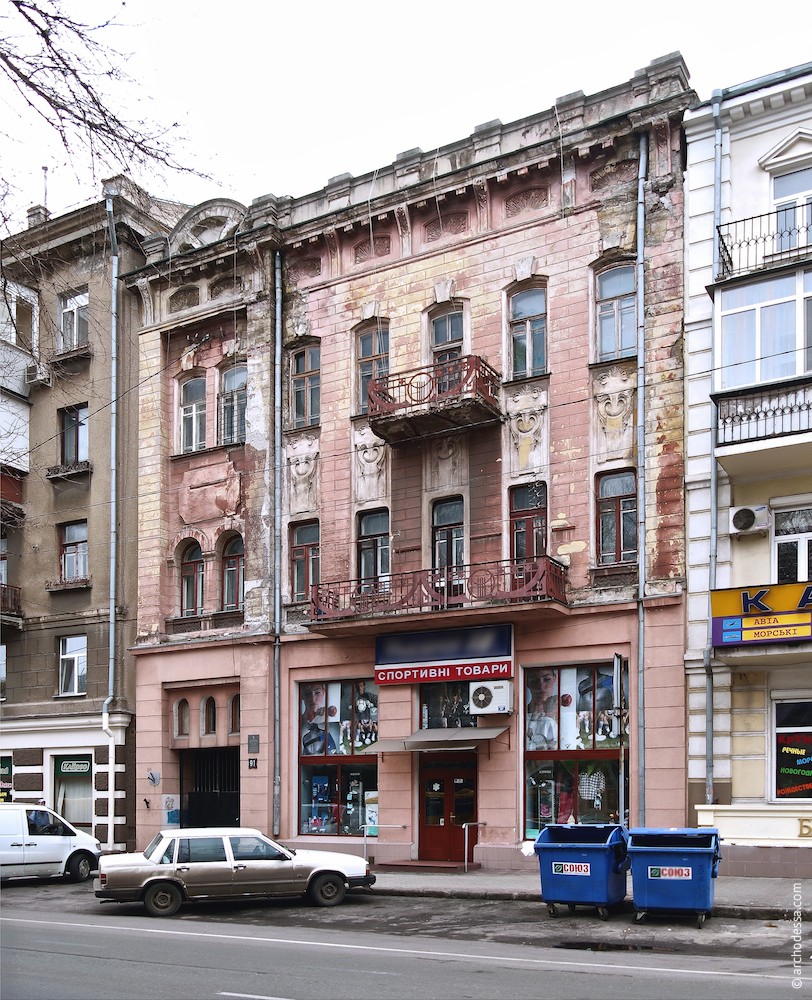 In 1904 Grigoriev’s site goes to Motel-Abram Mendelevich Sapozhnik, odessian merchant of the 2nd guild, who made his fortune by selling grocery and ironmongery. Considering stylistic features of the house, we can assume, that it was M.-A. M. Sapozhnik, who ordered its construction. The Cultural heritage register of Odessa claims that this house was built in the end of the 19th century. However, Art Nouveau practically did not occur in Odessa until 1900 (“Tea-packing factory of Vysotsky” represents a rare exception).

In 1910s a vegetable oil storage of the trading house “G. and B. Scheinberg” from Chisinau (its owners were hereditary honorary citizens Gersh and Baruch Scheinberg), plumbing trade of S. B. Shnayden and artificial flower trade of Rukhlya Motelevna Drexels were located in the new Sapozhnik’s house.

Undoubtedly, the house dates from the early Art Nouveau, as evidenced by layout, fascia of the top floor, window apertures, railings of eclecticism style and an abundance of floral decor.

Balconies fencing made in an unusual technique for Odessa with the addition of a metal sheet profiles attract attention as well. Similar railings adorn one of the balconies in the courtyard of Koriman house, which is located on the same side of the street, via three numbers at the corner of Preobrazhenskaya Street.
On the second floor there is a standard width balcony, on the first — twice as much. 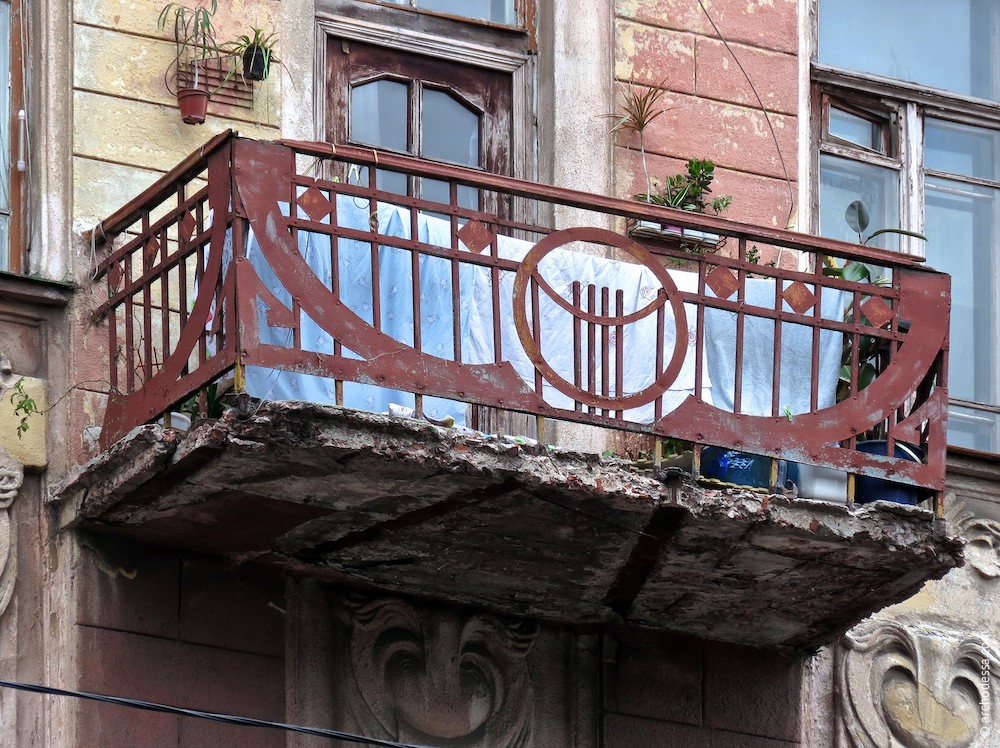 Between the first and second floors the vertical axes are underlined by panels, very typical for Chernigov’s style. 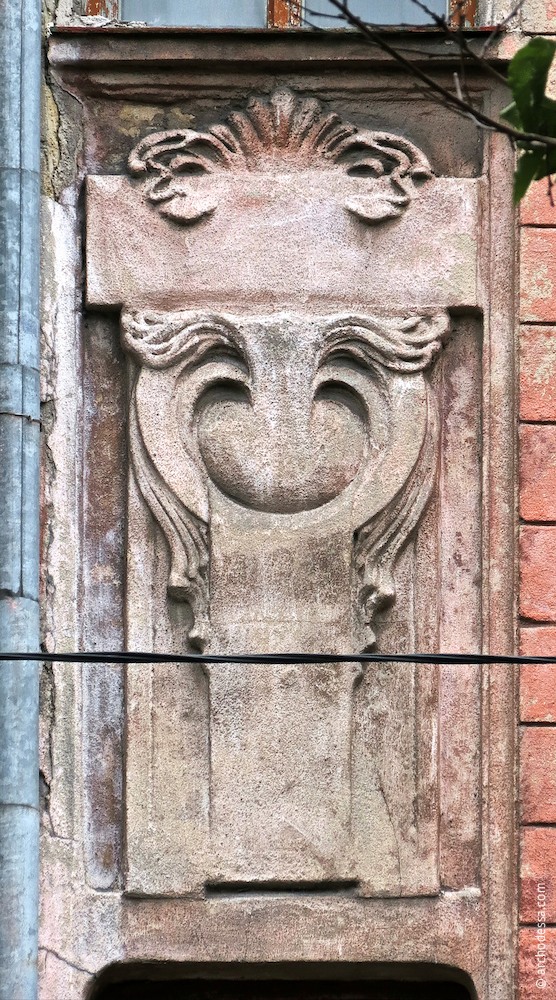 Panel between the first and second floors

The two last left window axes are located on the passage arch and singled out by a risalit, which culminates in a portico in a decorative Art Nouveau vein. 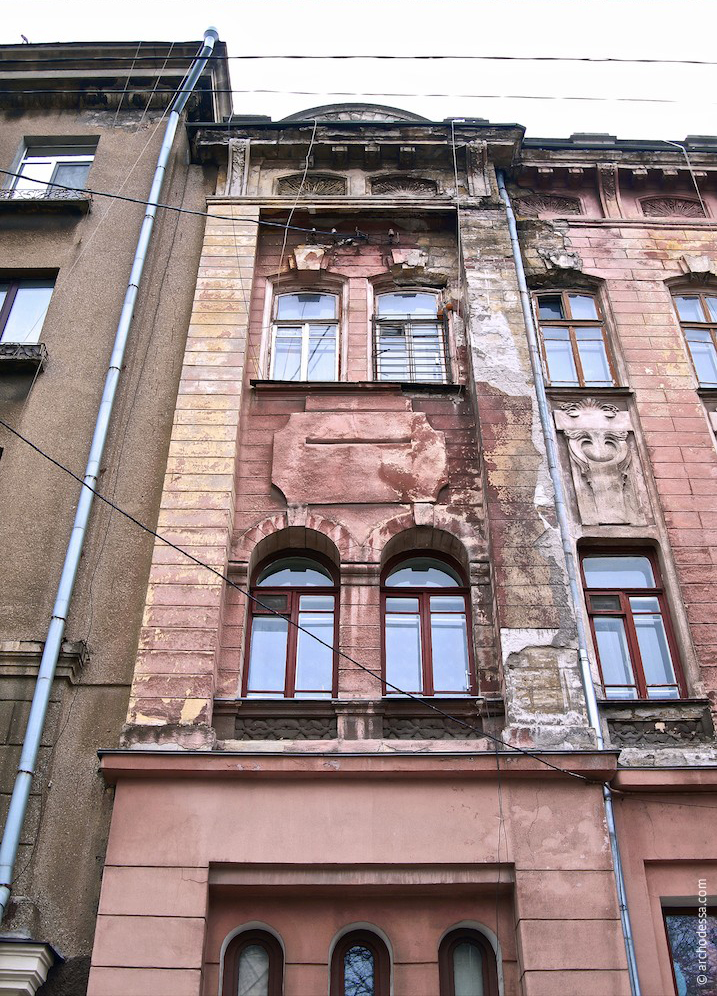 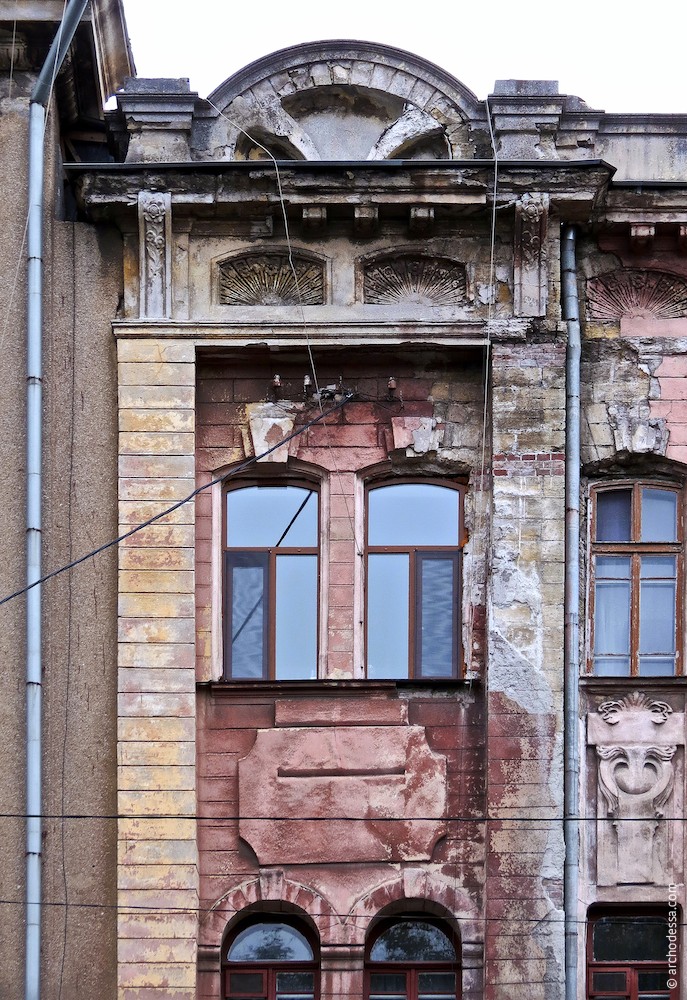 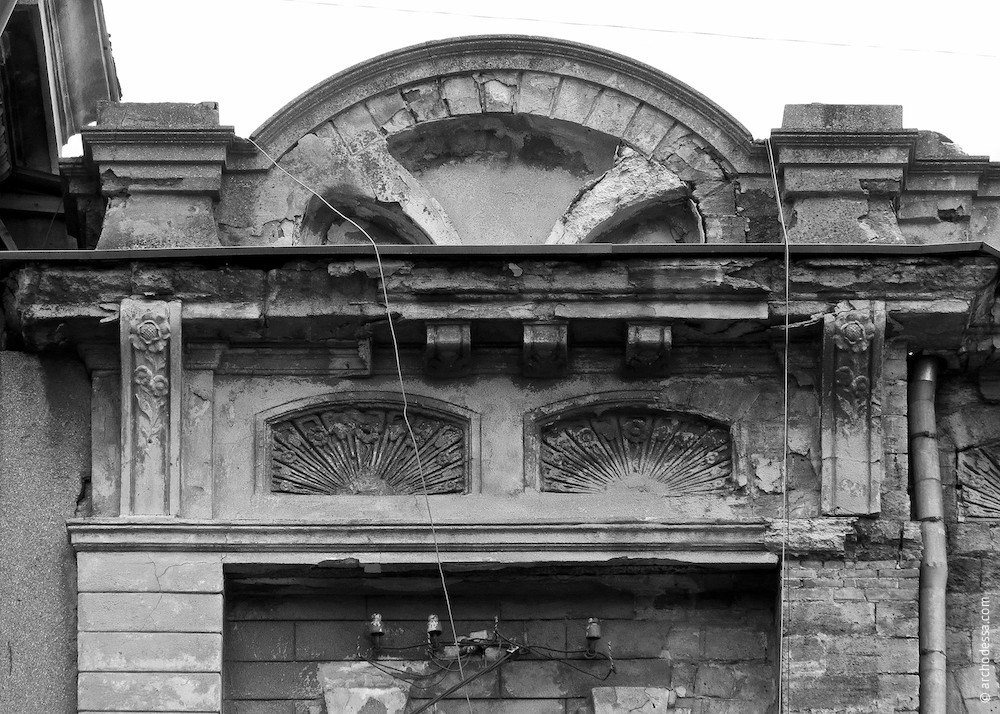 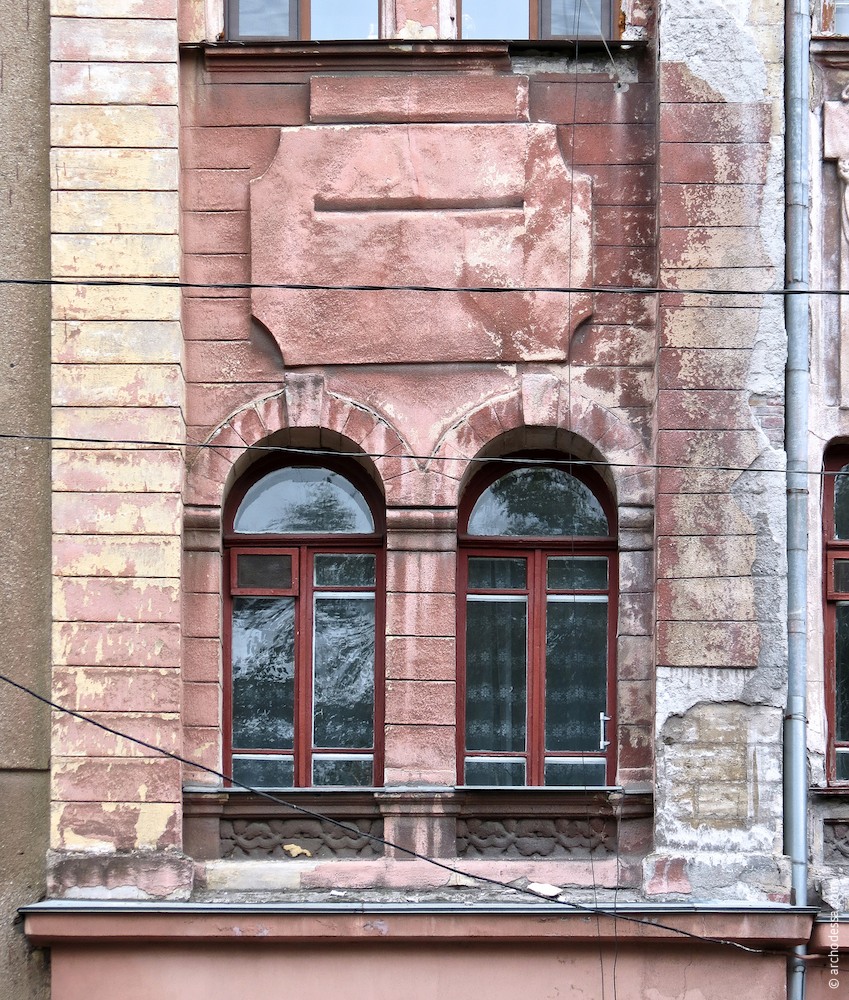 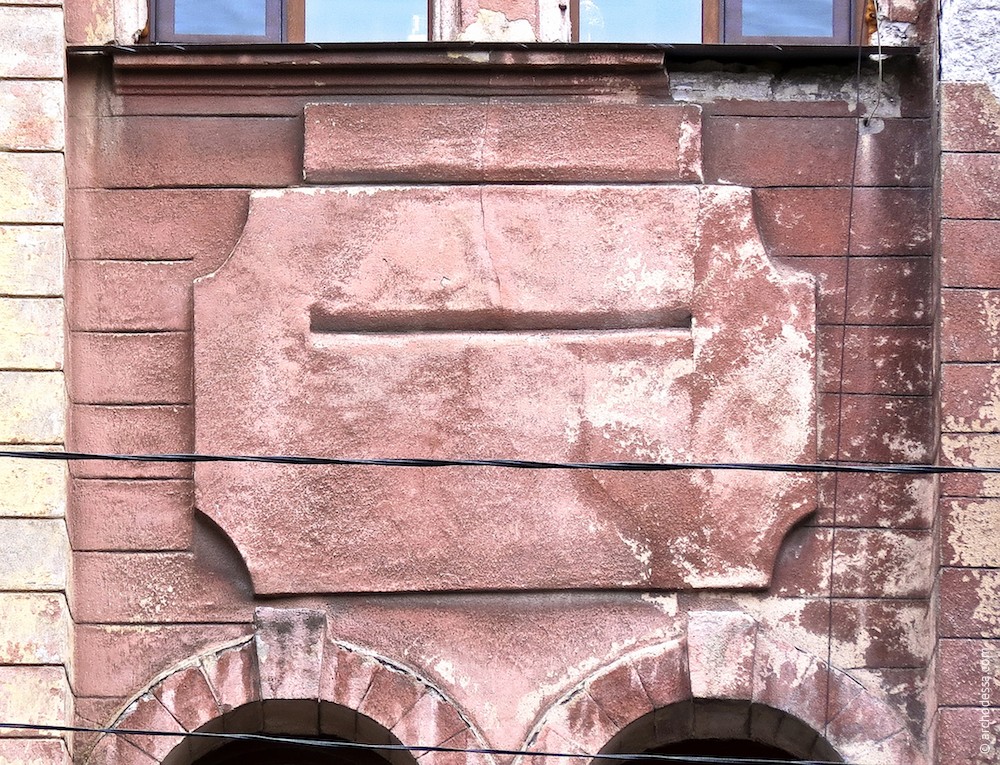 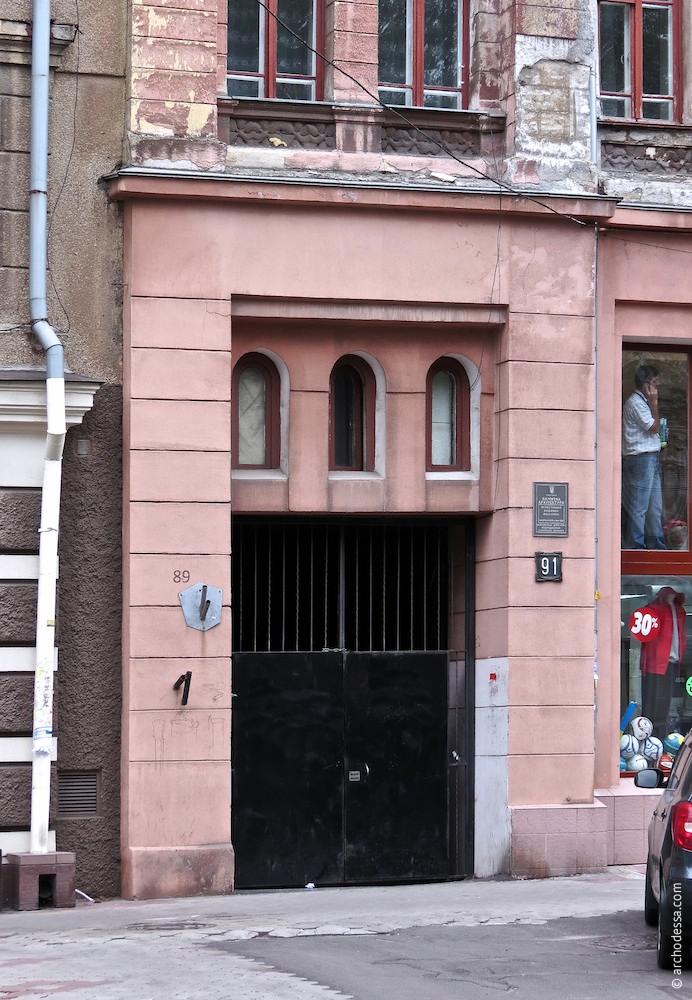 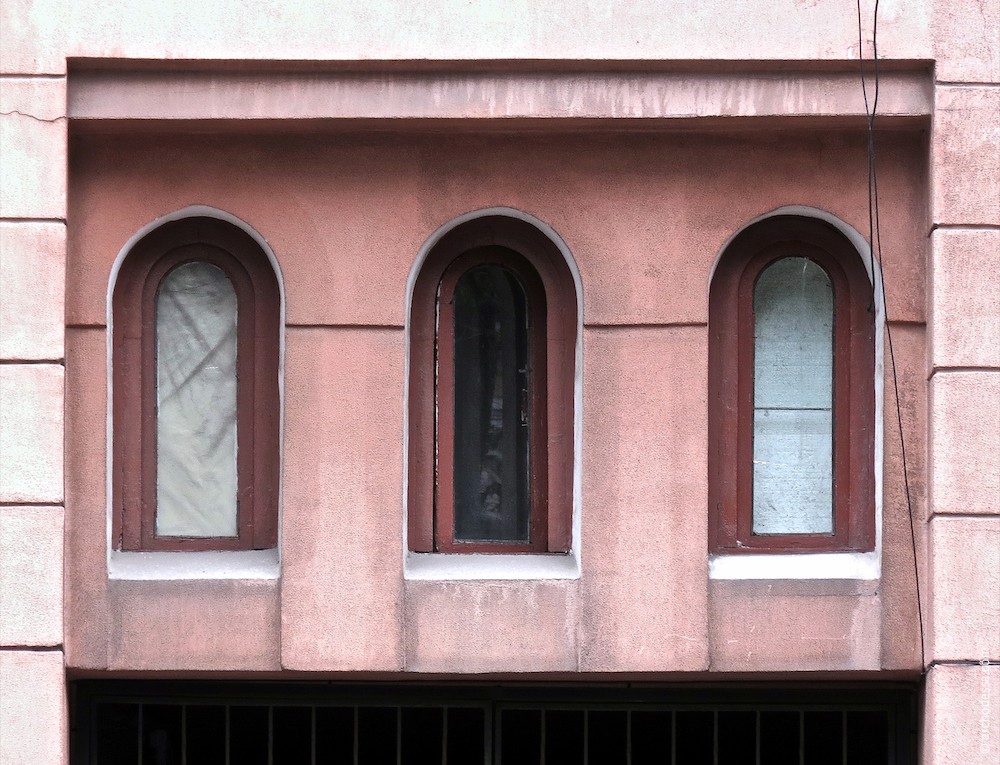 The original gate was half preserved and now is hidden behind the new — from monolithic metal sheet. 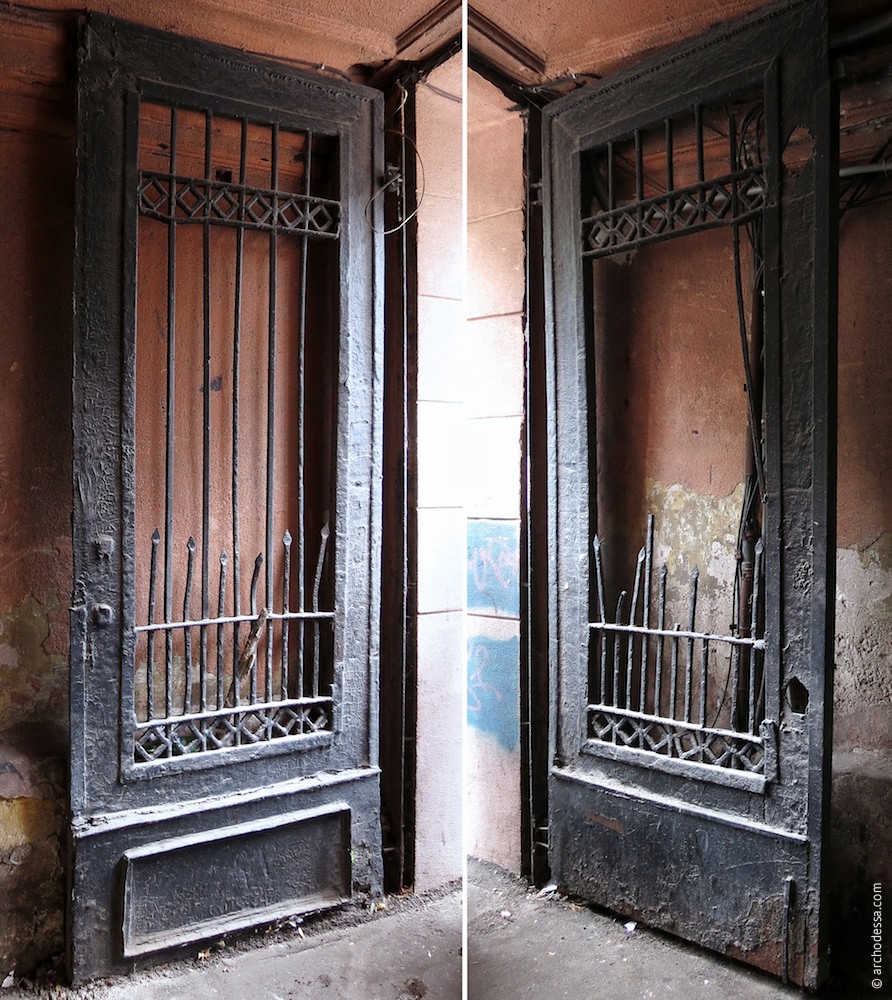 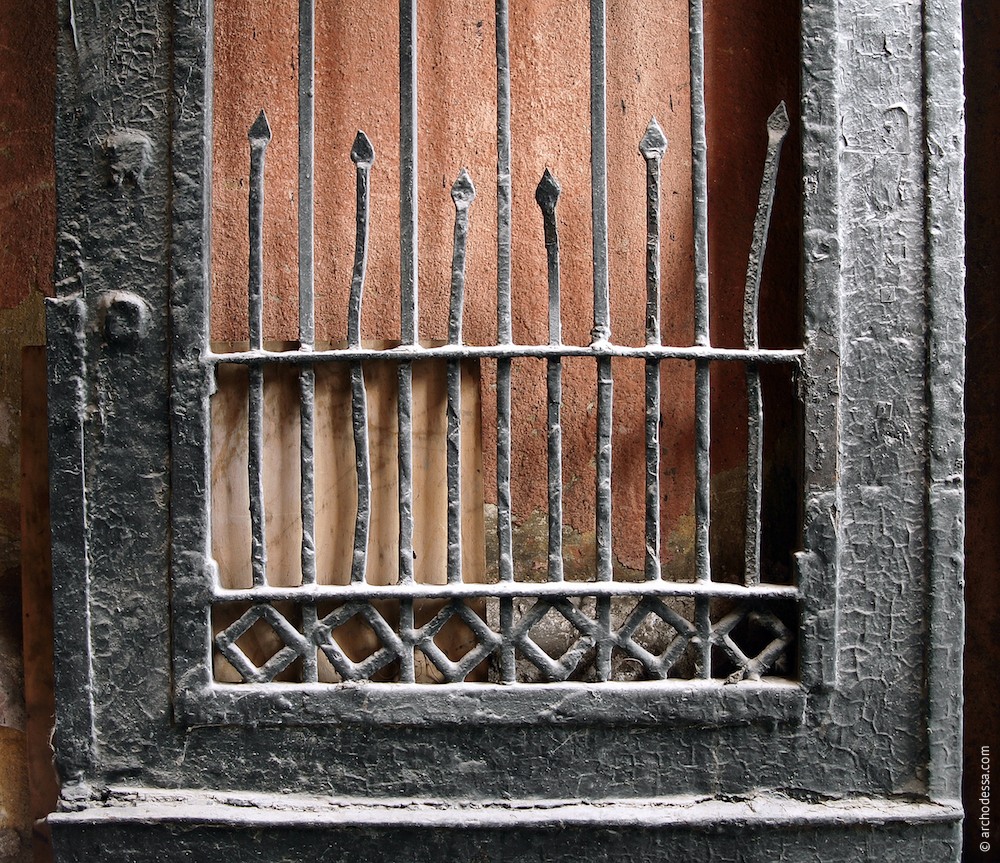 Old gate leaves are somewhat similar to those that can be found in the homes of Chernigov.

The risalit decoration is rather eclectic. For example, the windows on the first floor have a Renaissance form casing, and just below the pediment there are two slabs, vaguely stylized as rocaille. Such slabs single out the rest of window axes. 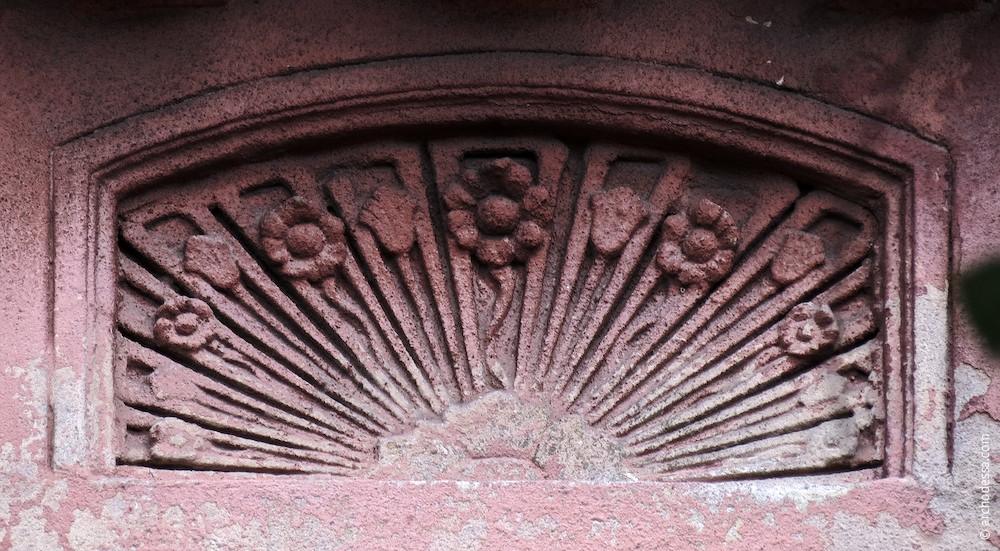 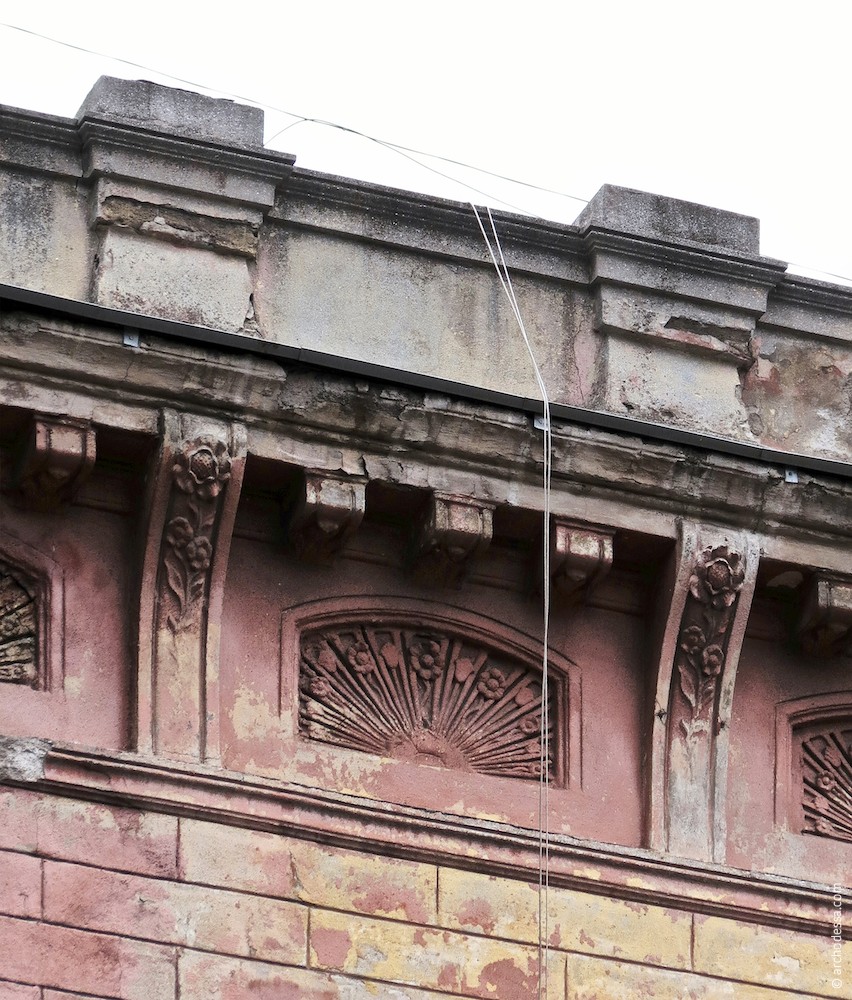 From the part of the courtyard it is obvious that the house is not great really, one or two apartments could be located on each floor. 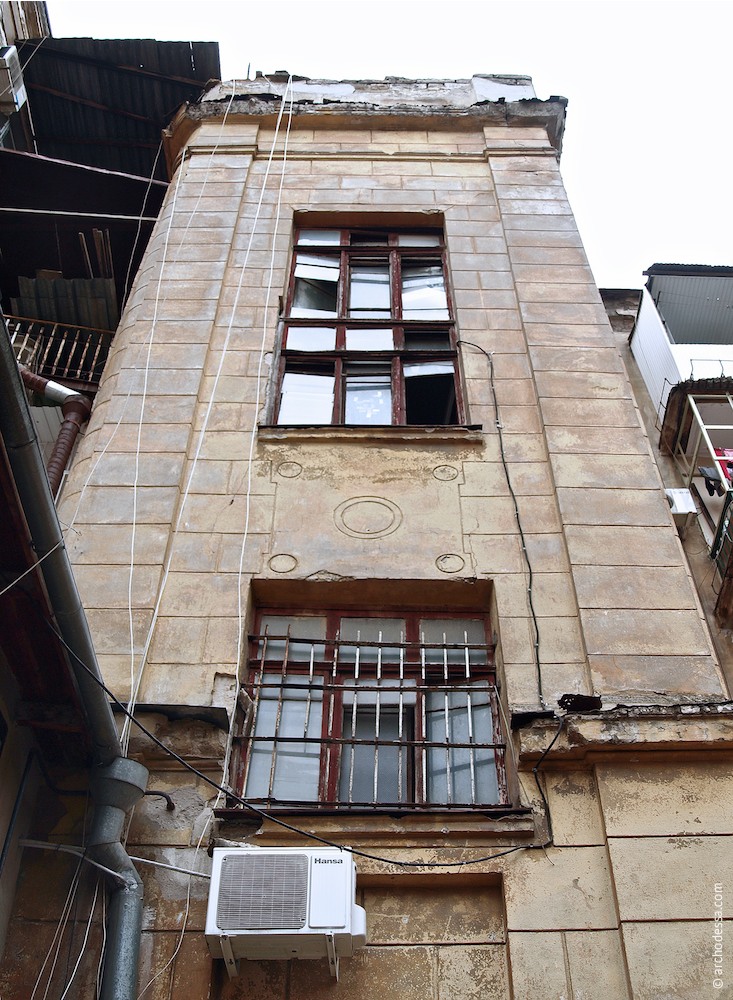 A passage arch here is also marked out by a risalit, which houses the entrance hall staircase. An entrance doorway is located directly in the arch. A pattern of original stair railings is like those in the house of Skarzhinskaya (architect M. Reinhertz), which construction was started in 1906 and completed in 1910. 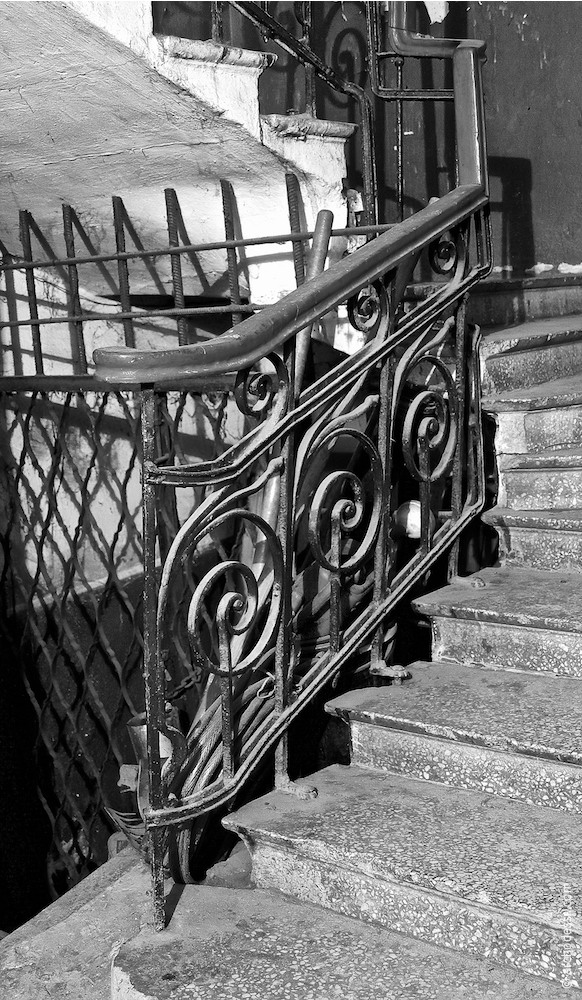 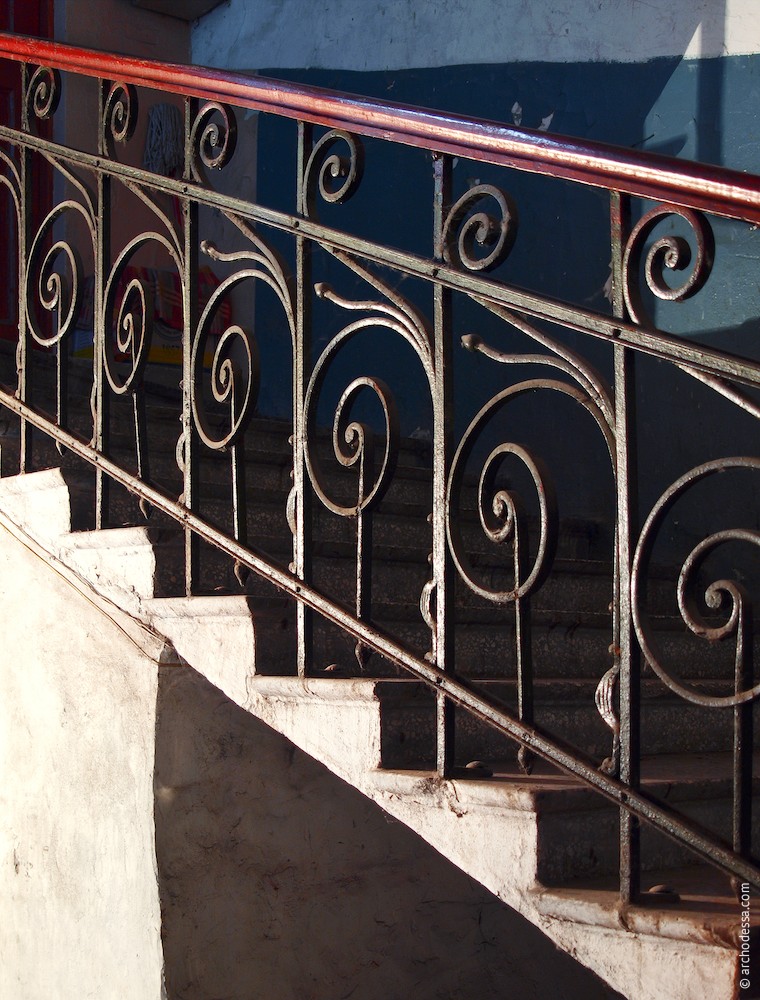 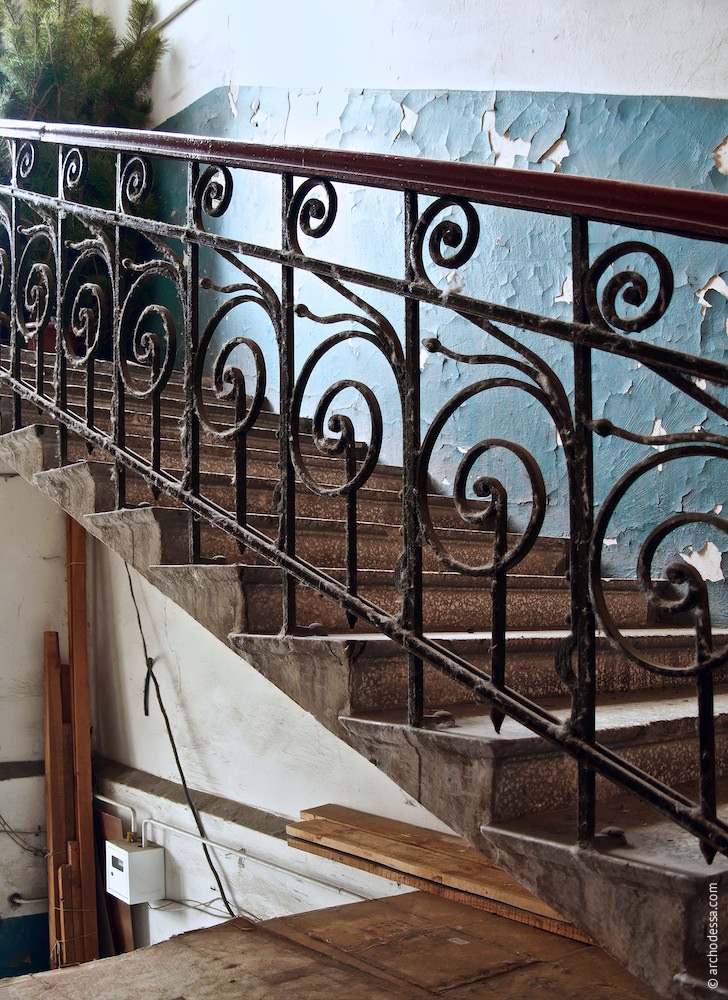 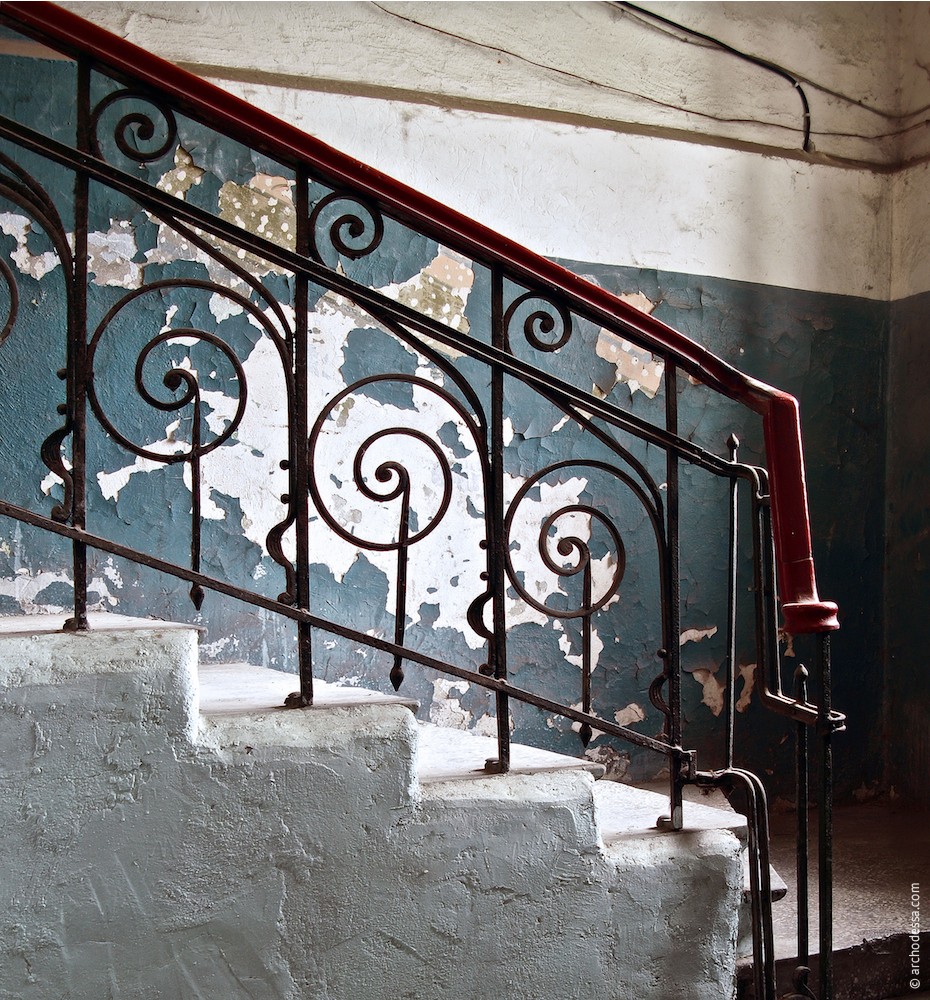 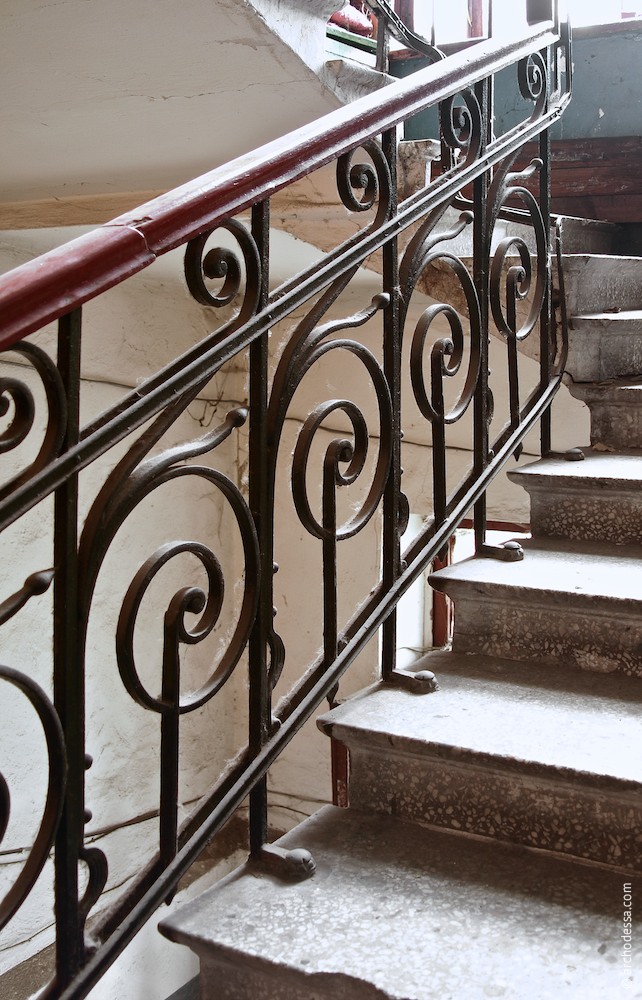 Returning to the design of the facade of the courtyard, it is worth to mention a rather unusual panel, decorating the risalit between the windows of the second and third floors. From the courtyard side and overbuilt floor is in sight, it probably appeared in the Soviet years. In the wing, located perpendicular to the exterior facade there is a backstairs door.