The project of the electric tram was approved by Odessa City Council in 1908, the same year the equipment of tracks and construction of stations began, and in 1910, first ways were put. Main tracks matched horse-drawn railway belonged to the Belgian society, so new building was mainly focused on the contact system and traction substations.

Pavilion of the station 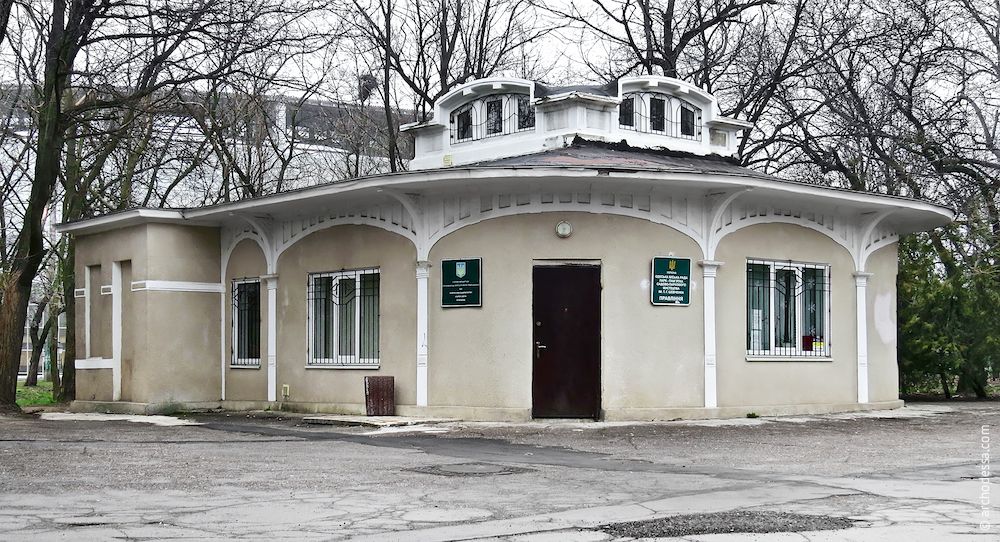 View from the central alley 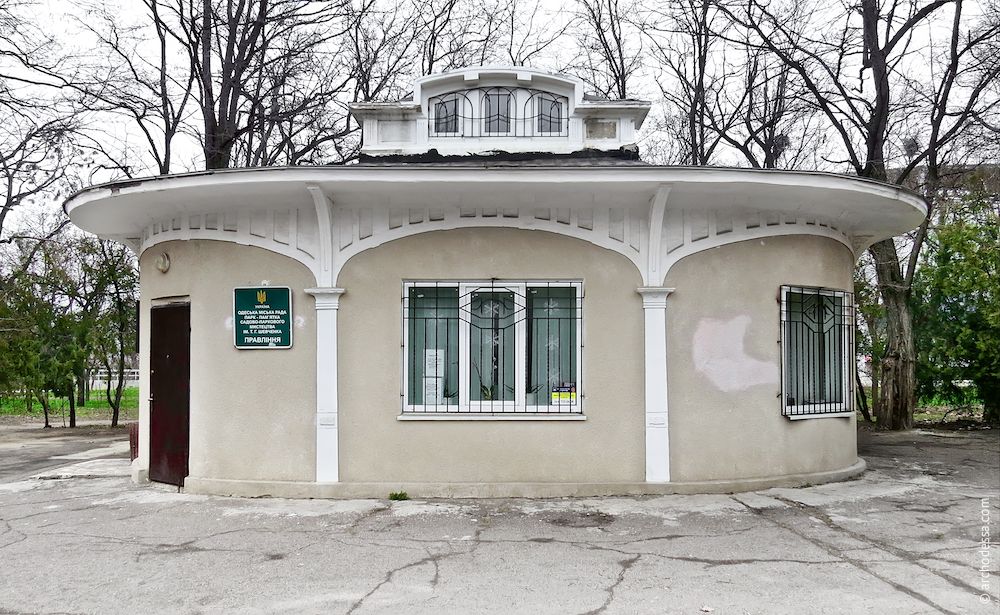 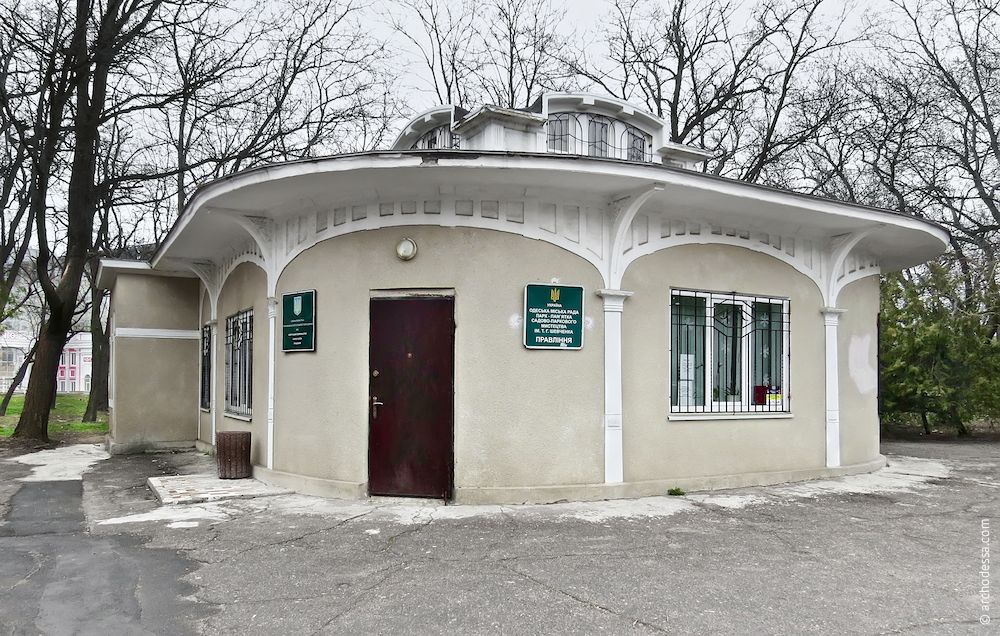 According to Belgian project lines initially did not have any numbers (like horse-drawn railway), only names («Rishelevskaya — Khersonskaya», «Trading — Little Russian», etc.), but on the same line could go several routes and one route could run along different lines. During the end of 1910 and the first half of 1911 the most rapid construction of new tram lines and electrification of horse-drawn railway was conducting. 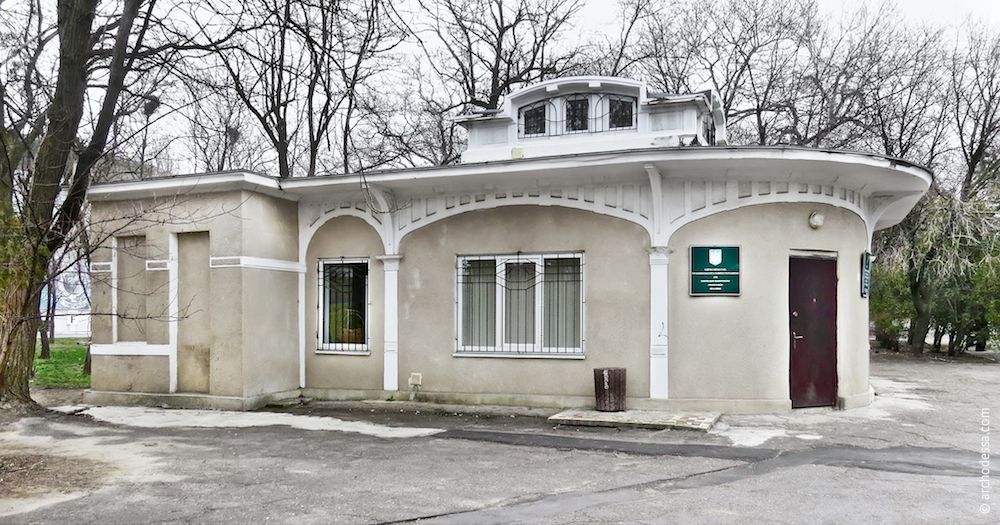 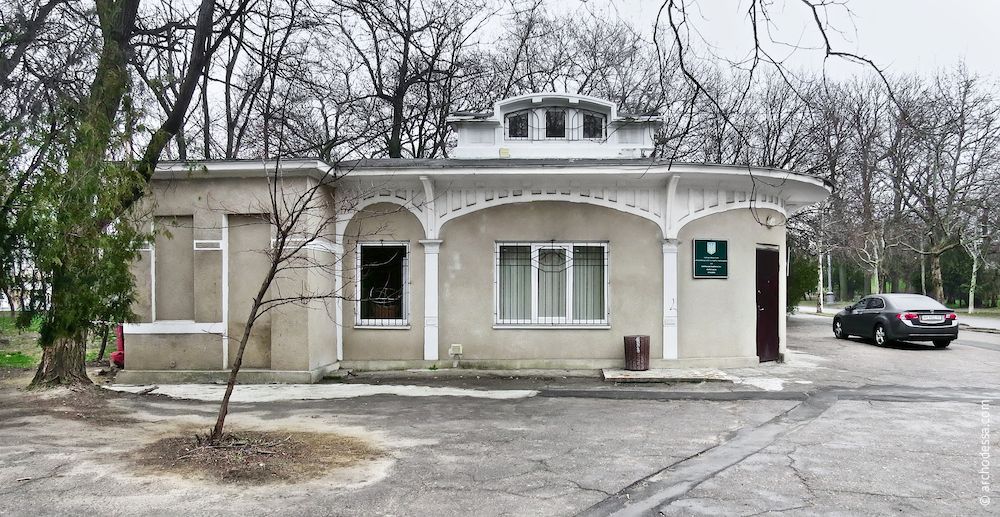 On demand of the city government building was primarily carrying on the outskirts, but there were such lines in the center as «Greek» and «Langeron». By the mid of 1912 the formation of the tram network in the city center had been largely completed, the traffic on the Richelivskaya and Preobrazenskaya lines and in the direction to the port by Primorskaya Street and Near Mills had been opened, the construction lines by Uspenskaya and  Prokhorovskaya Streets was going to wind up, Slobodskoe depot was raising and soon Slobodskaya line had been opened. 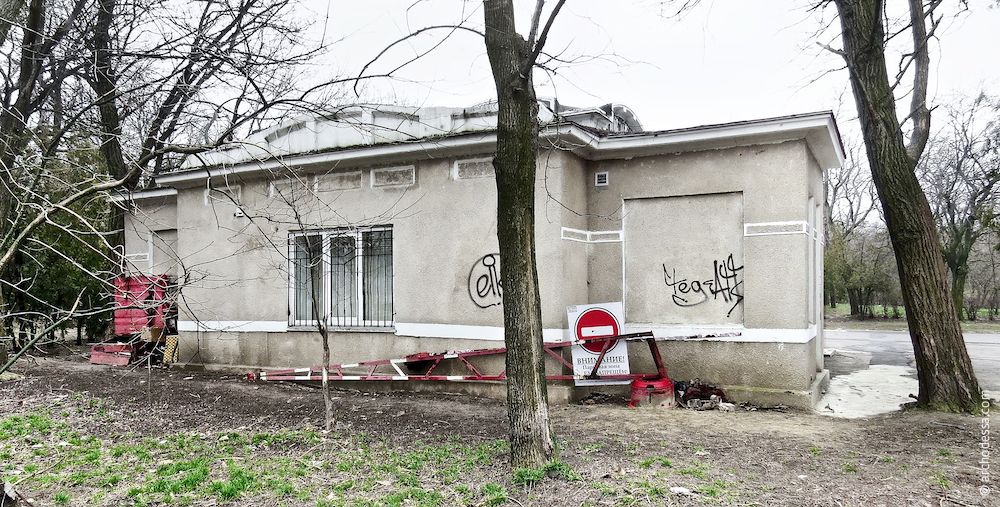 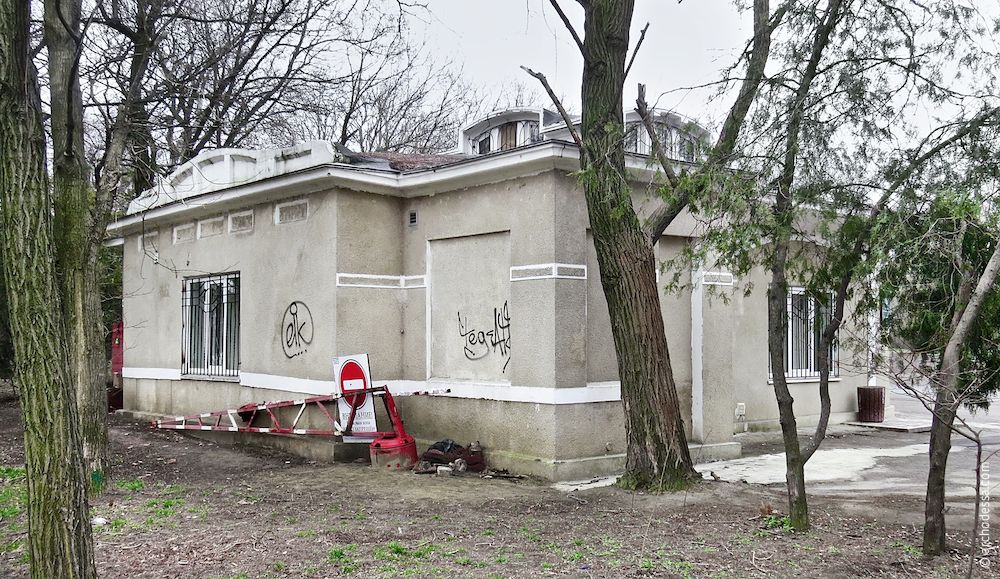 One of the routes (№ 24), linked the Langeron-area with the city center, crossed Aleksandrovskiy Park and then followed along Sabanskiy Lane, went out Kanatnaya Street and  walked the entire length of the Zhukovskogo Street and terminated on Tiraspolskaya Square. The first stop on the route was next to the current central alley of the park, near the Aleksandrovskaya Pillar.The route number 24 was abolished in pre-war times, but stop pavilion and electrical substation (located opposite) were preserved perfectly.

The cooperation of the architect A. B. Minkus with the Belgian Joint Stock Company began in the mid 1900s.The architect successfully coped with the development of a number of model projects of tram stops and electric substations and elevated the office building of the Company in Vodoprovodnaya, 1. The pavilion, built in the Alexandrovskiy Park, was also assigned the type, but the structure itself was implemented in a single copy.

By the arrangement and configuration the structure can be compared with the pavilions of the type 1, one of which was located on the Greek area previously, the second — in Tiraspolskaya Street (both demolished ). In contrast, the pavilion in the Aleksandrovskiy Park has rounded corners from the line side and noticeably smaller size. In the center of the hipped roof the  light superstructure with square shape is equipped. It has a great importance in the general outline of the building. Having passed through the window superstructure the light fell into a small room for a supervisor or cashier, which volume was surrounded on three sides by a large canopy on concrete pillars. 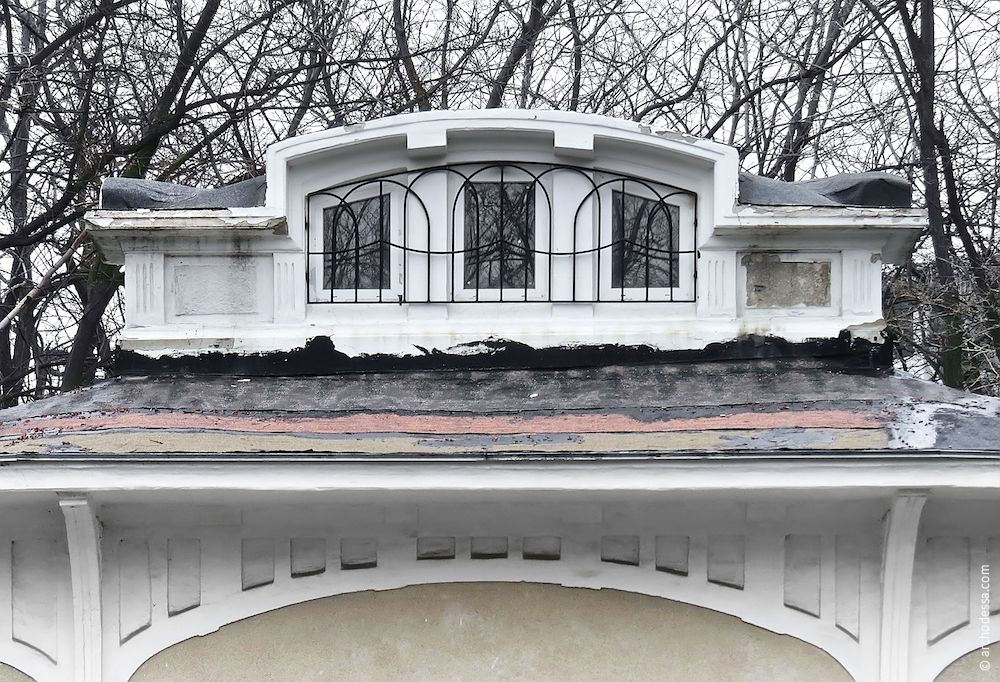 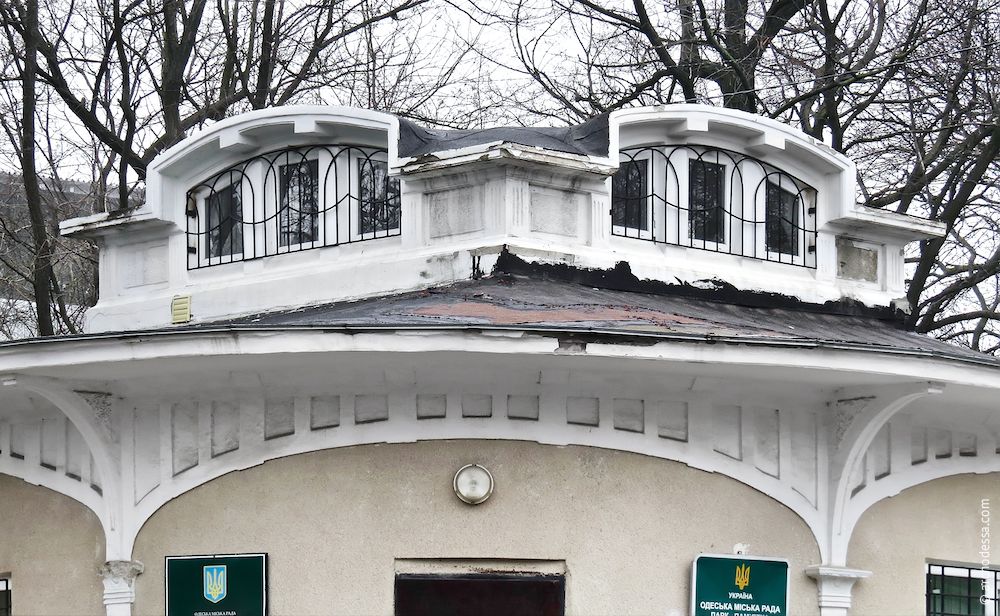 In Soviet times the structure was rebuilt for administrative purposes, the perimeter of the canopy was filled up by the wall. Despite that the hall kept outlines of the built-up apertures, console and smaller-scale decoration. 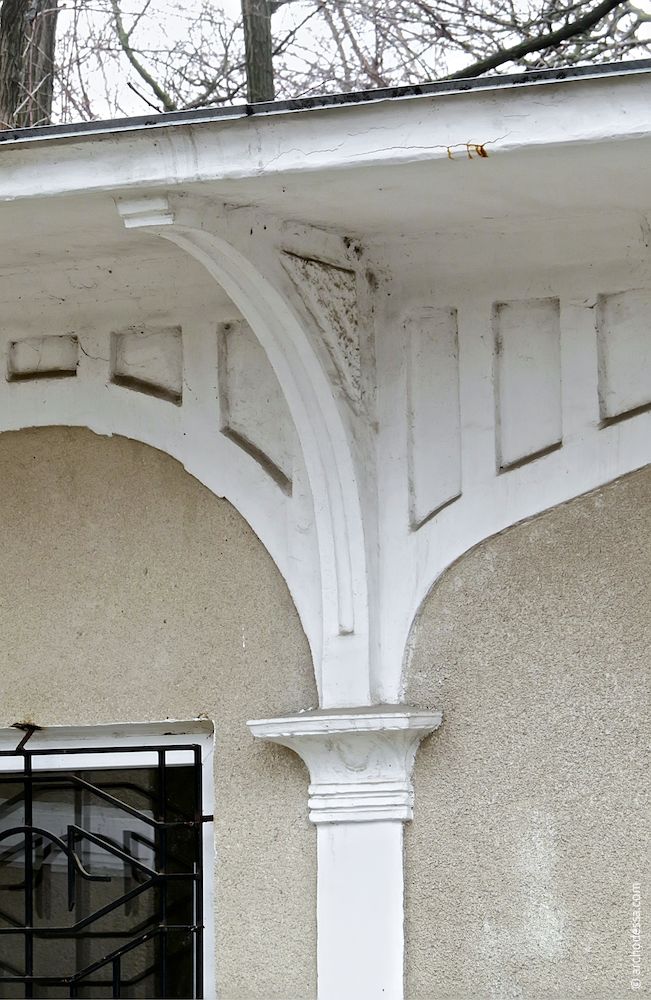 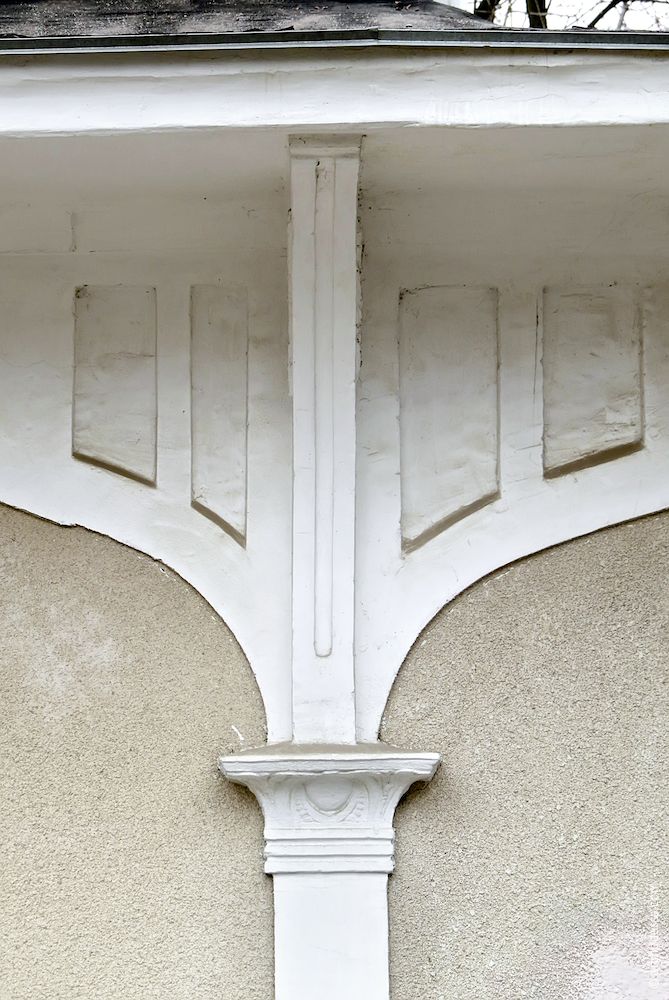 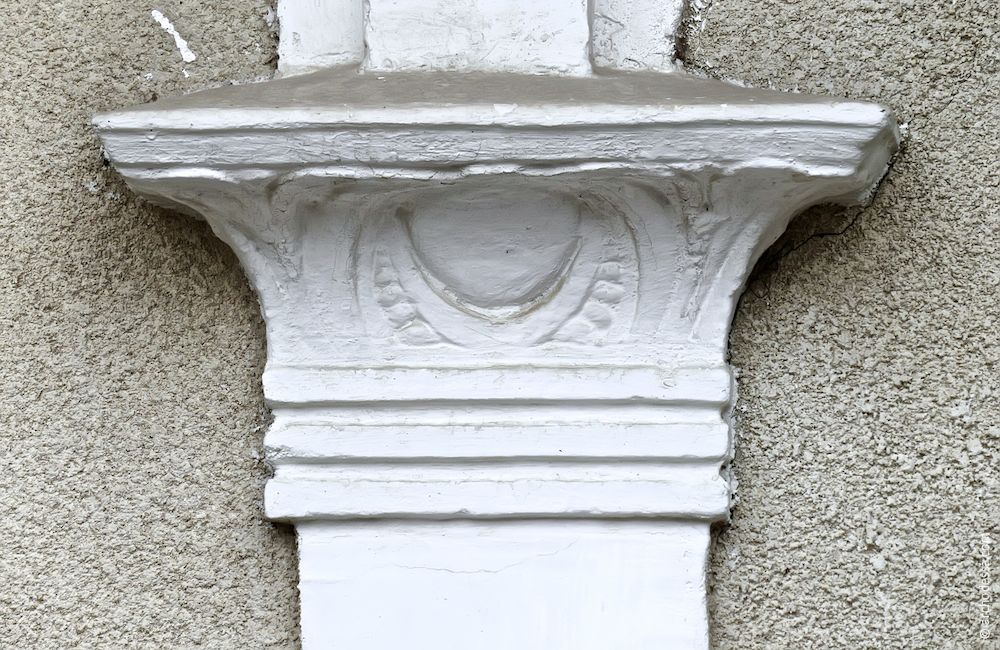 ##Electric substation
Electrical substation, probably erected at the same time as the pavilion, presents a small elegant building in the restrained neoclassical style. 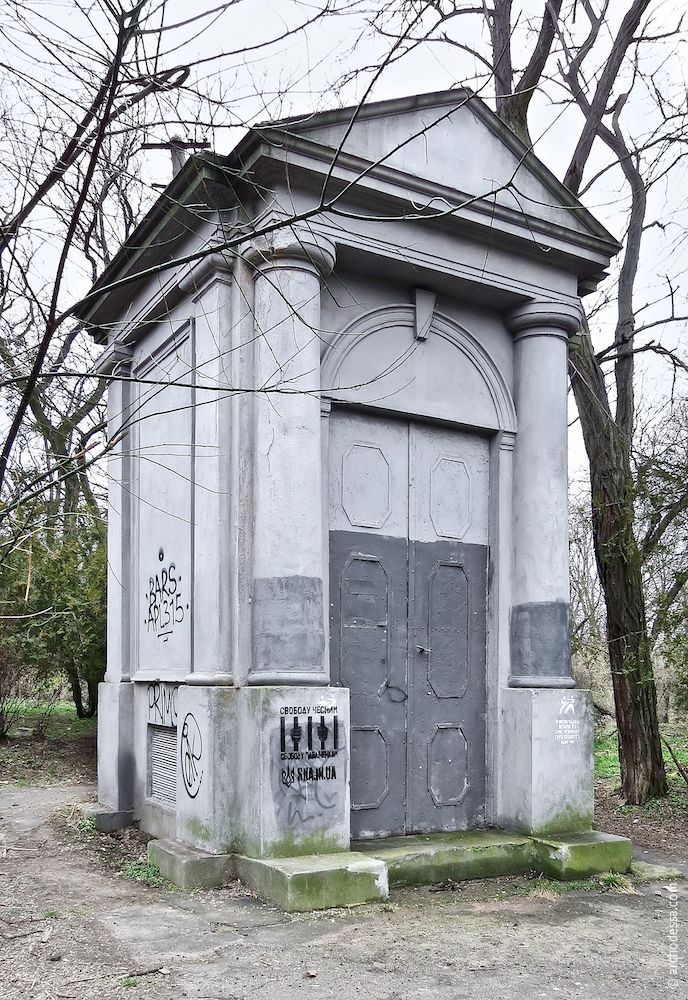 View from the alley 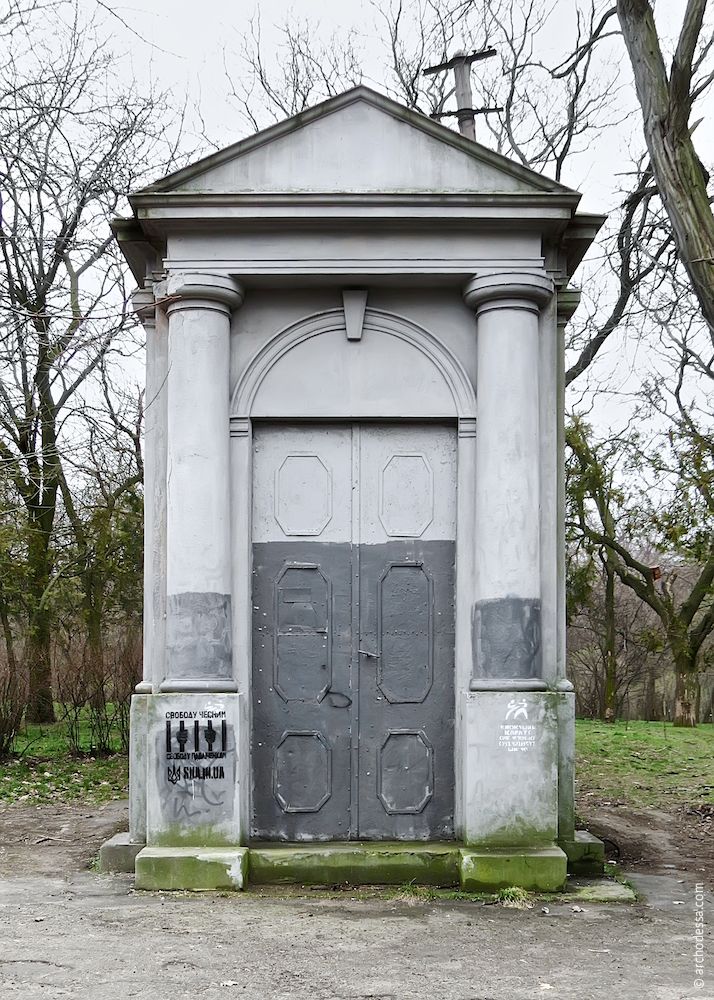 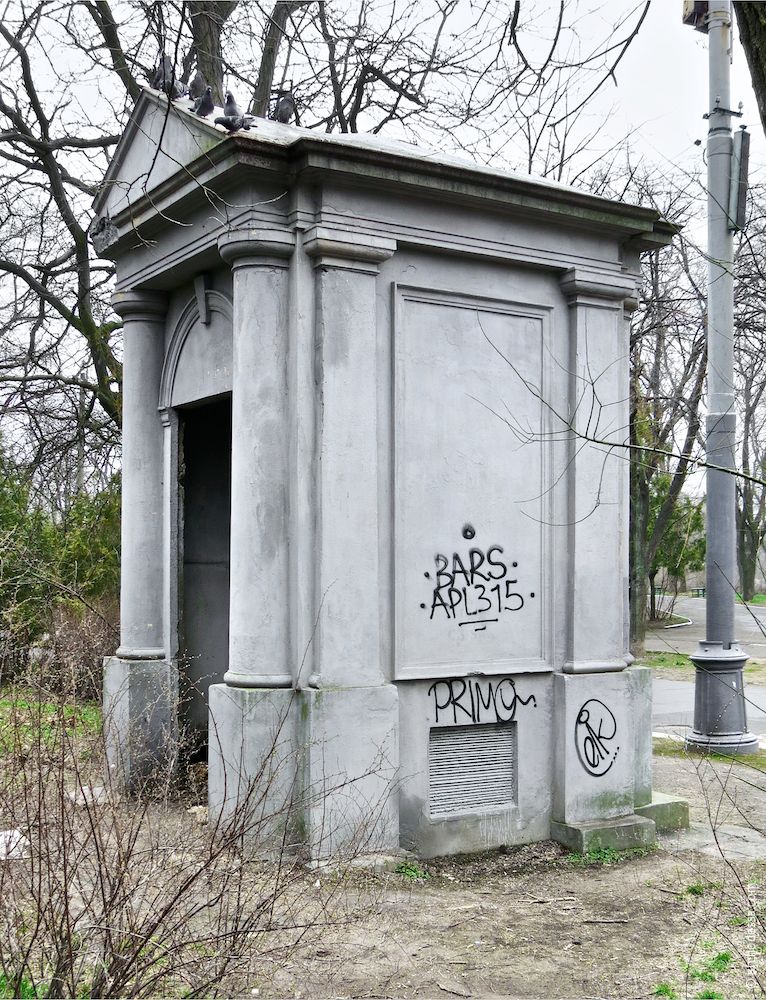 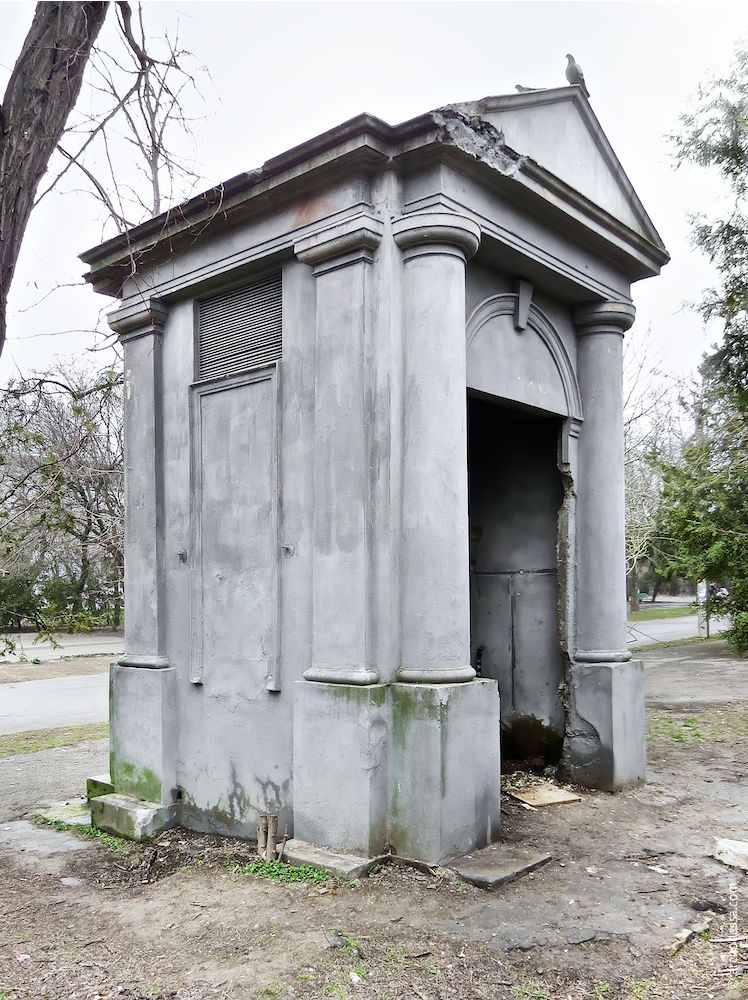 The broad iron double door from the alley side recalls the building period. This door is an example of pure geometric Art Nouveau. 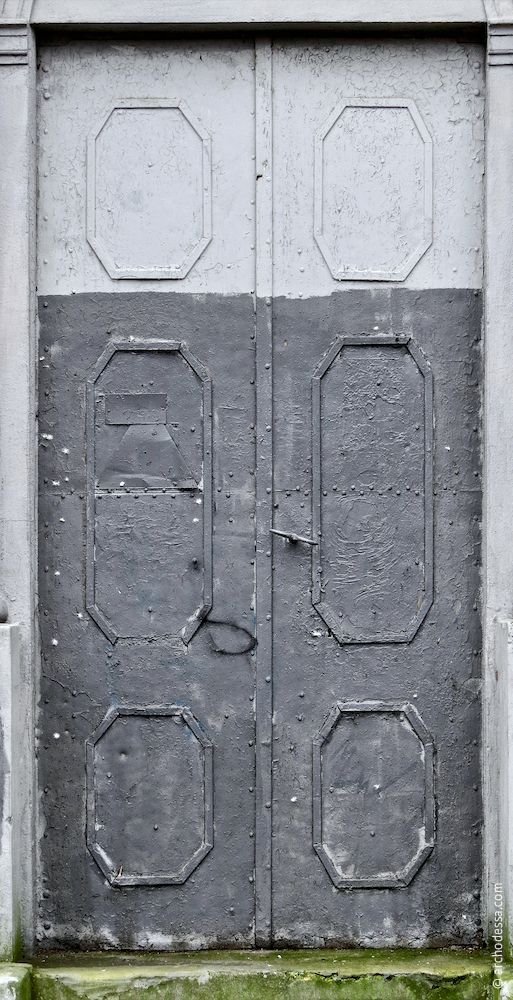 Nowadays the construction is not in exploiting, being in quite dilapidated condition. 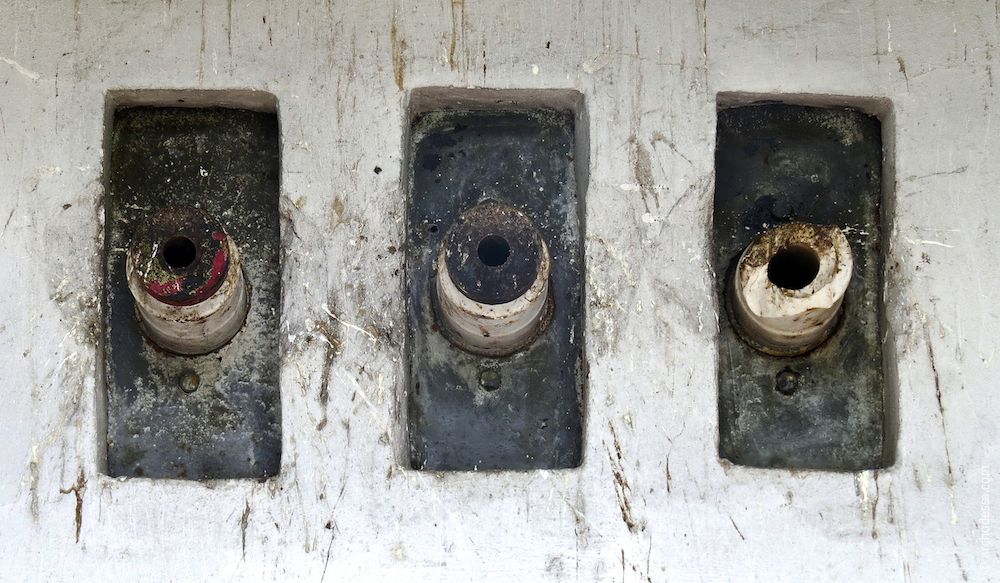 The remains of furniture imbedded in the wall