A construction of the building number 4 began only two years later, after the completion of the third one. A long-running pause in the tandem Tolvinskiy-Chodetskiy was quite reasonable: the building was enriched by high semicircular windows; entrance halls became lighter and more comfortable.

Facade from the courtyard side 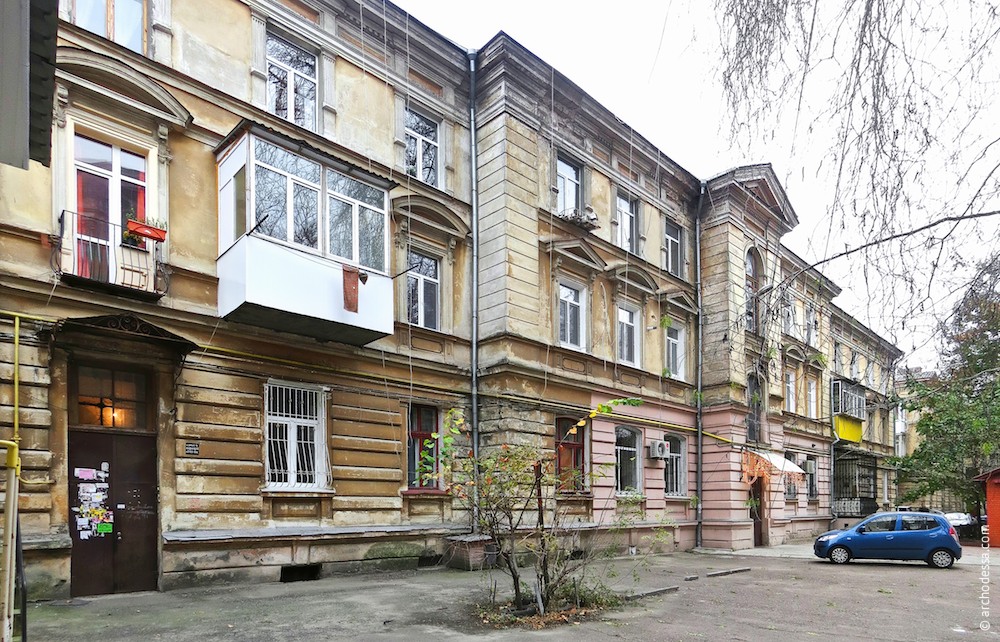 In 1893, the construction of the building no. 4 was started. A year later, the unfinished building was still out on most maps and plans of the city, such as on a map of Michael Diterikhs only buildings no. 1, 2 and 3 were marked. The building no. 4 logically continued the development of the building line of Orlikov Lane, facing Yamchitskogo Lane by the front side. When designing houses, Tolvinsky showed a very atypical solution: to make facade from the courtyard side more plastic and showy in composition, than the front one. In general, the architecture of the building synthesizes the features of the buildings no. 2 and 3, but here the architect has introduced a new element — a high semicircular windows for lighting of the entrance halls. Subsequently, they will be applied in the building number 5. The composition of the courtyard facade is interesting, first of all, by its tectonics. The facade, with an extent of 17 window axes, is strictly symmetrical, and seven central axes, moreover, are highlighted by a massive risalit. In turn, the central axis of the risalit (where a doorway to the entrance hall, its staircase and light windows are located) is marked out by the narrow risalit with a triangular pediment.

Risalit of the central entrance 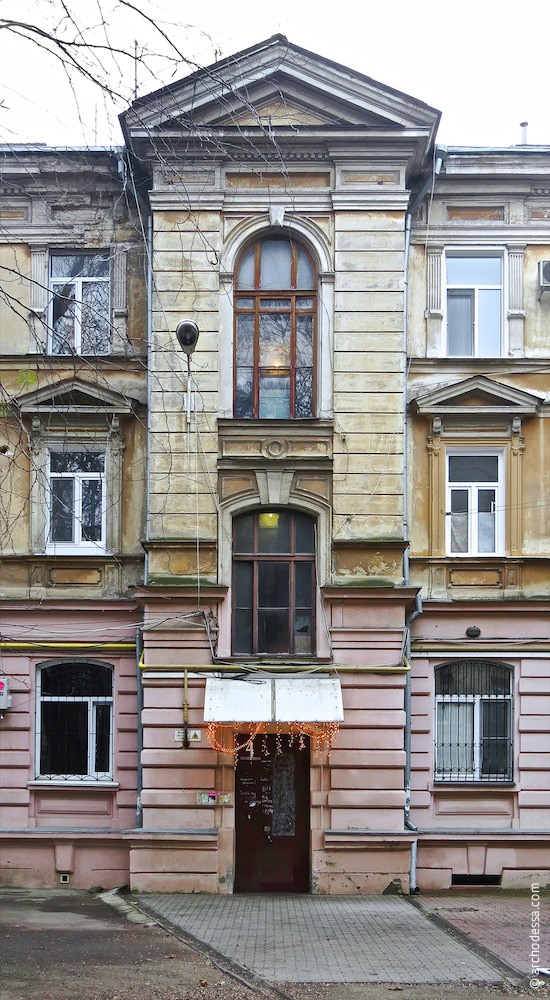 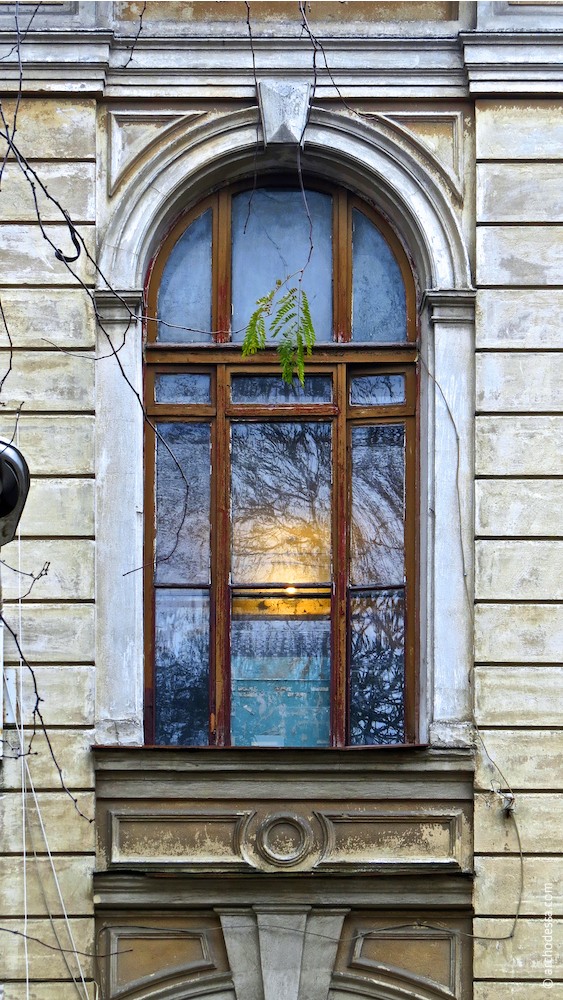 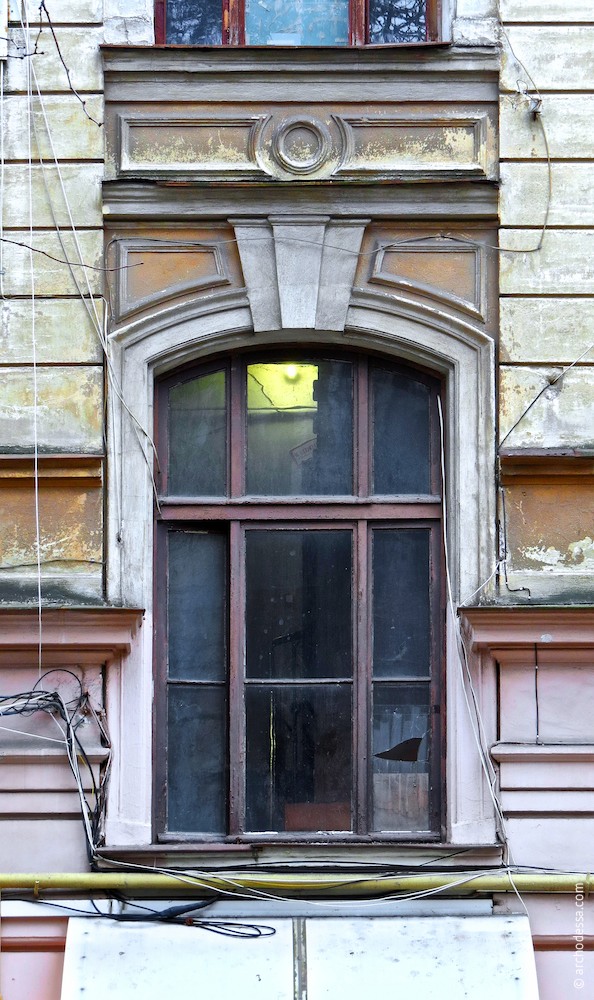 Another two entrance halls are arranged in the side wings, and light windows — at the ends. The facade from Orlikov Lane has (in the central part) a risalit, three window axes wide.

Facade from Orlikova Lane side (front) 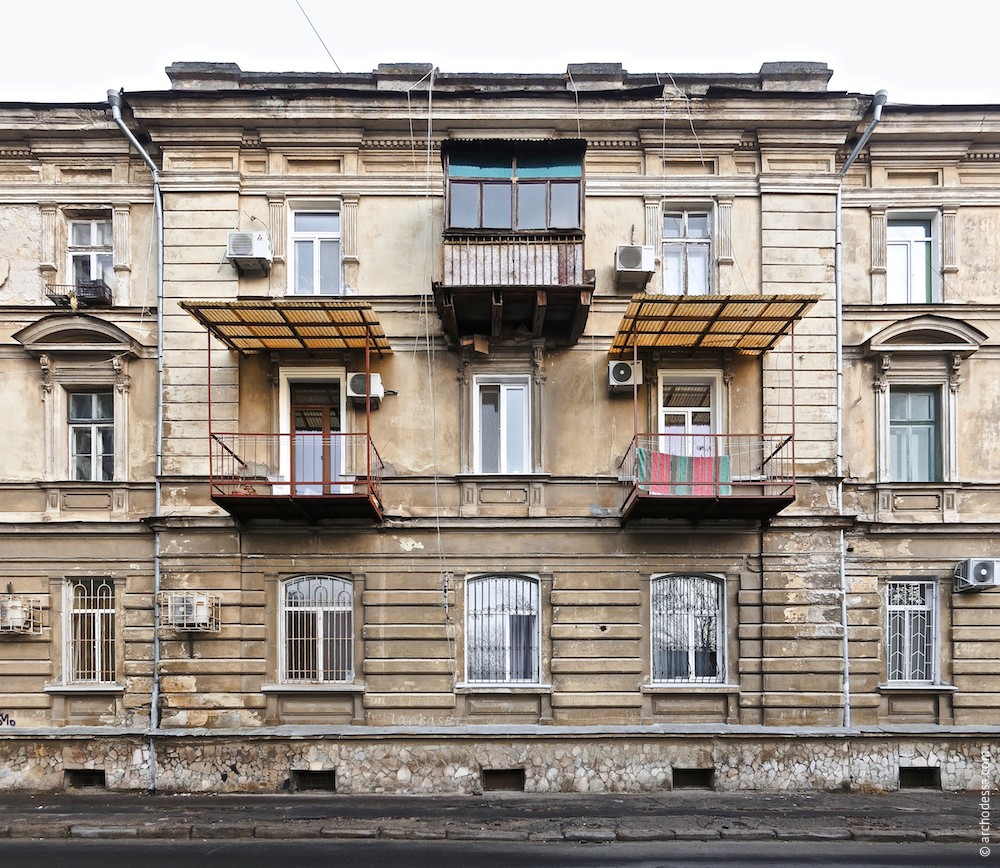 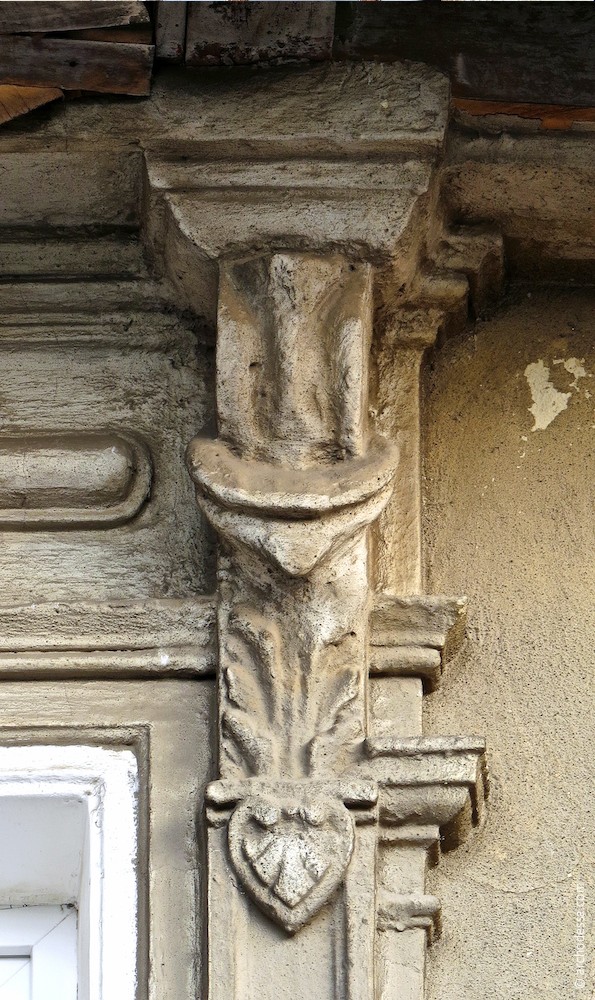 Side facades cite previous buildings in composition, but here they are (due to the semi-circular windows of the entrance halls) more plastic. 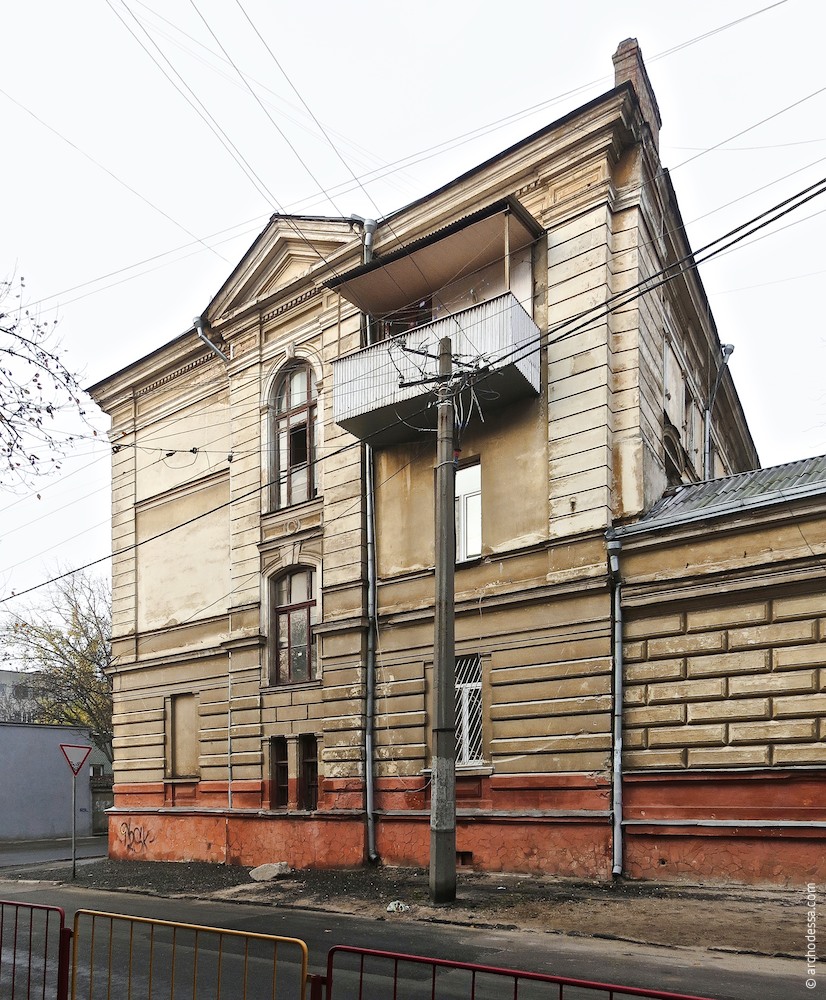 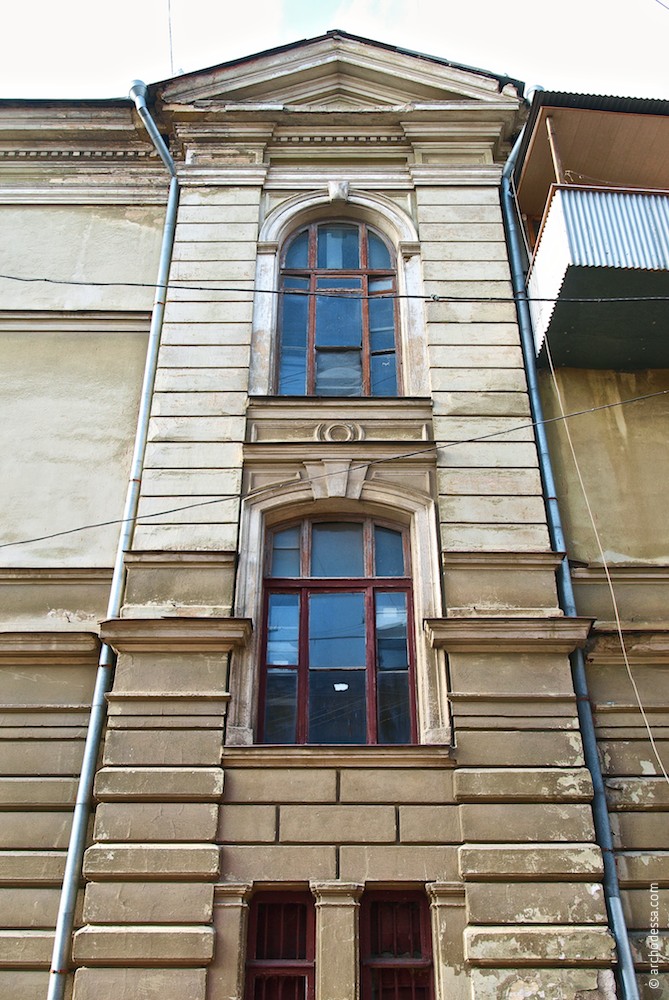 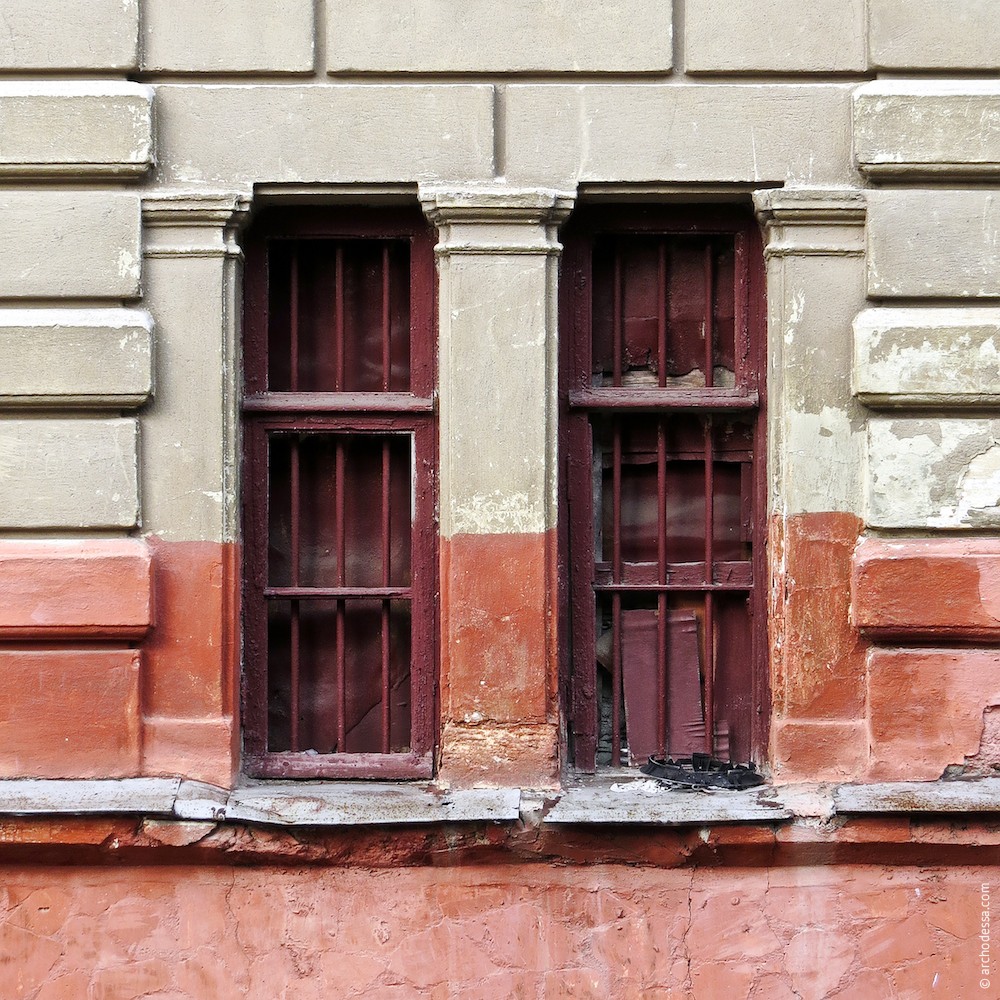 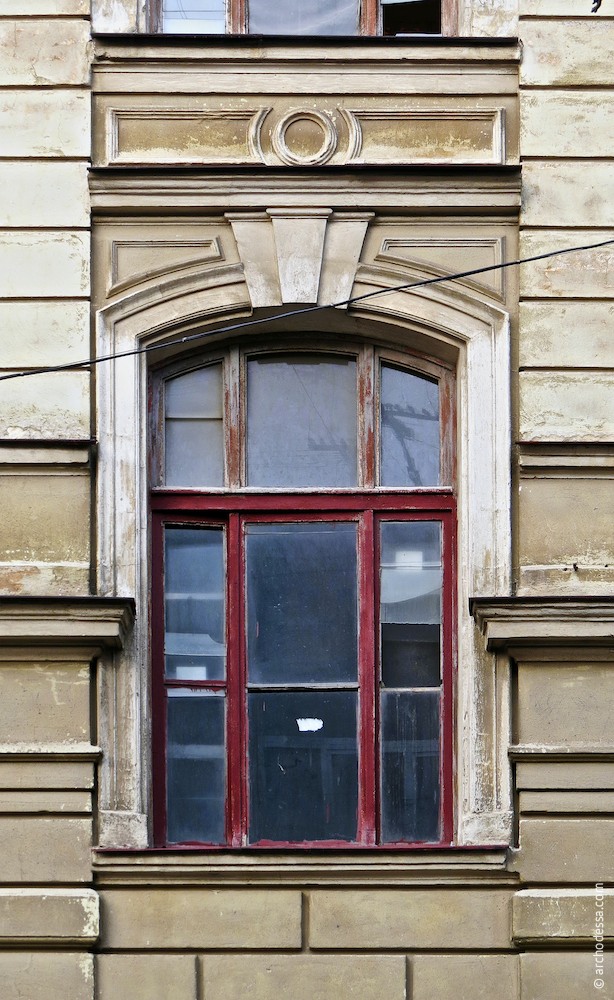 The interior is well preserved, including the scroll of a handrail on the entrance flight of stairs in the central entrance hall. A detail of the central part of the handrail scroll is devoid of artistic features and represents several inscribed into each other circles. In the building number 5, it is more austere. 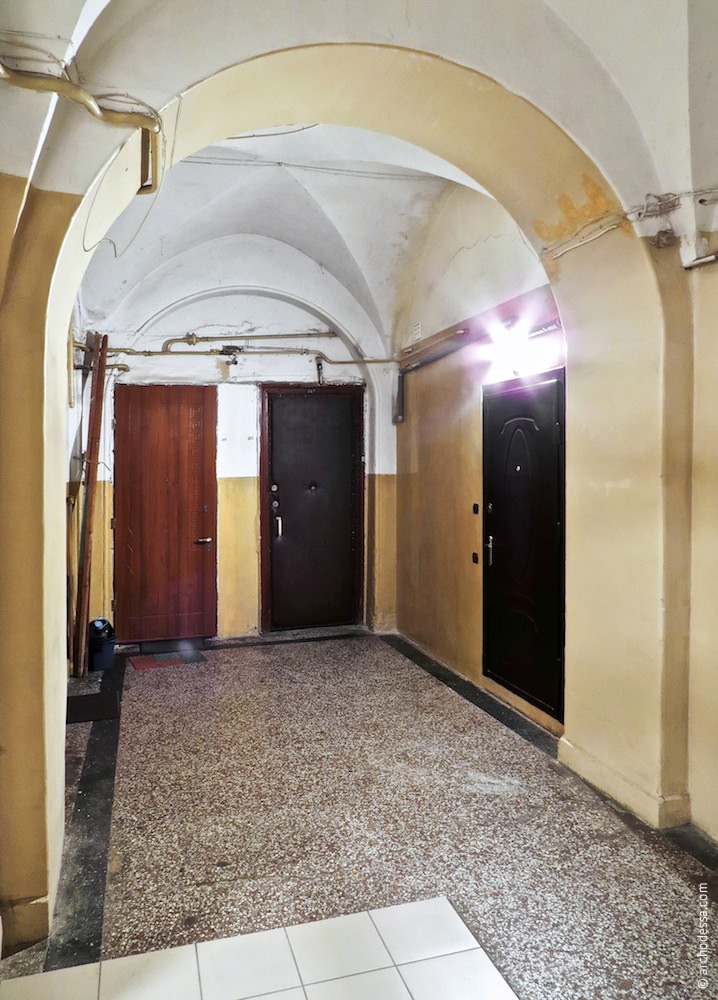 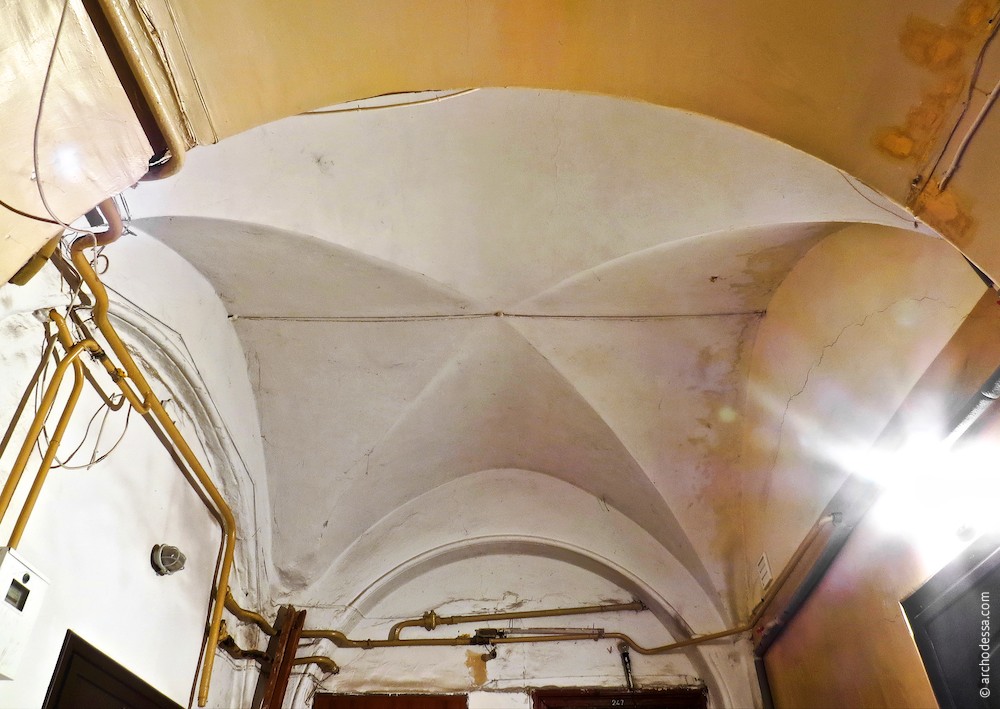 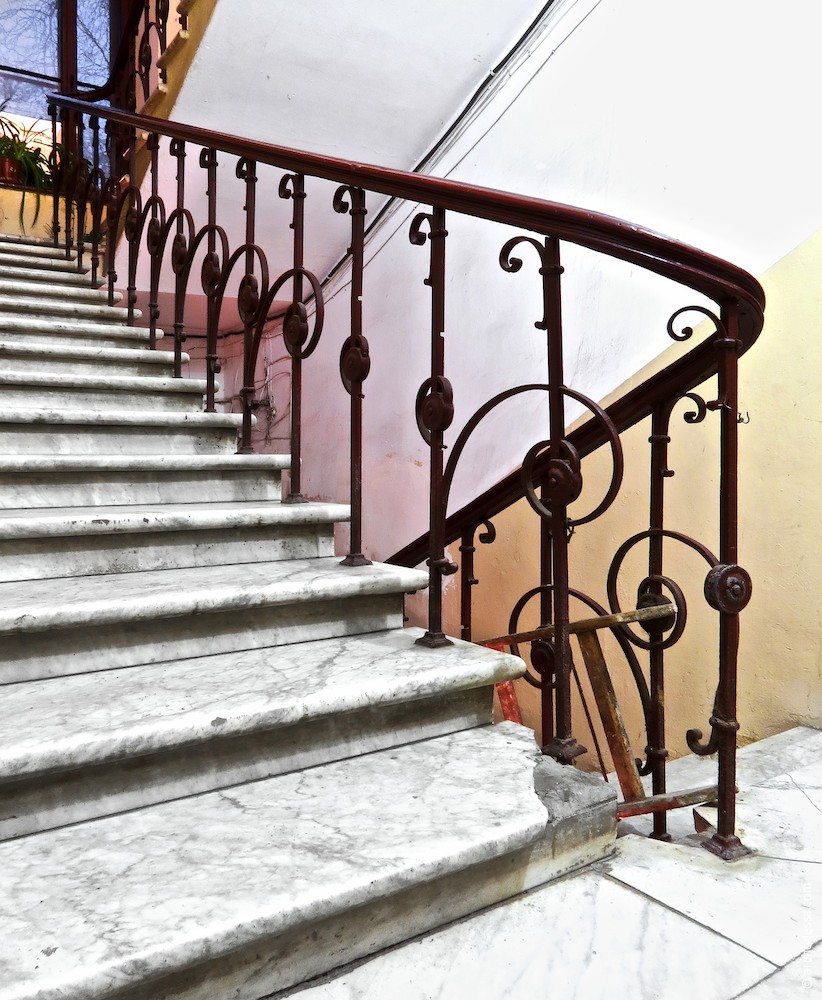 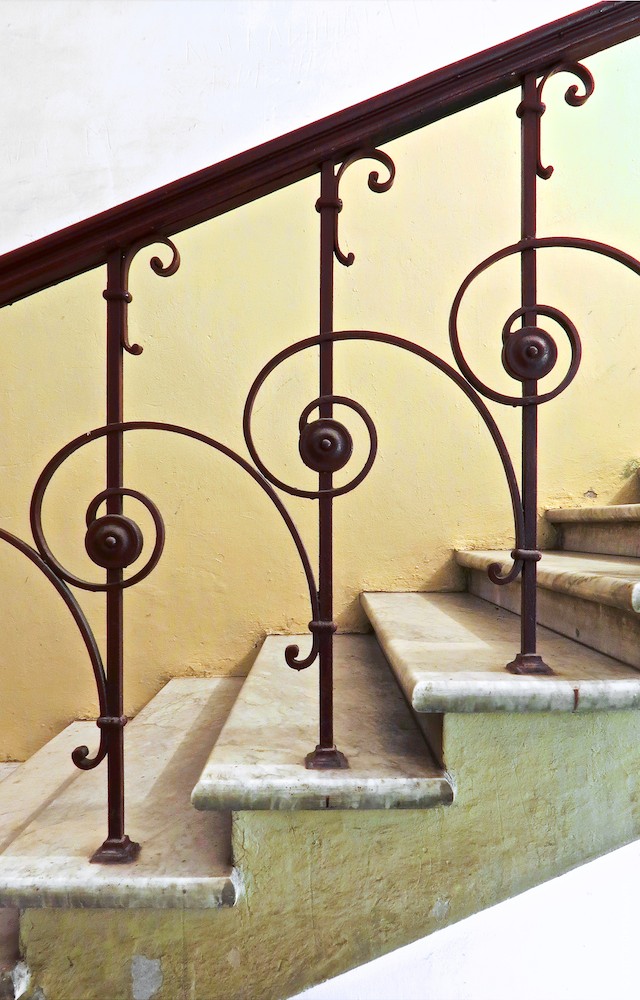 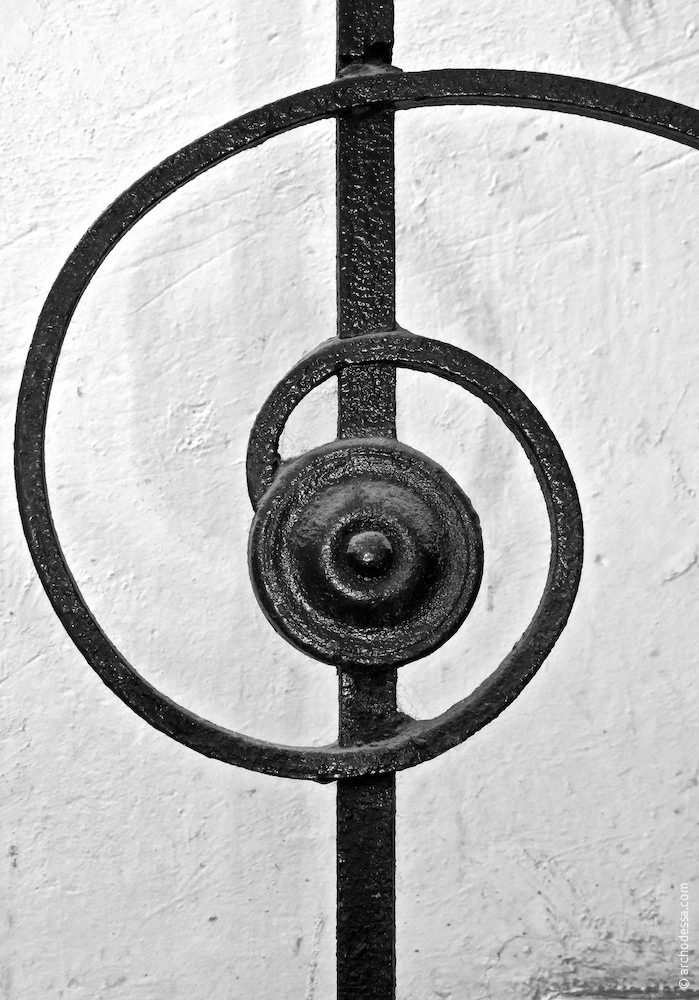 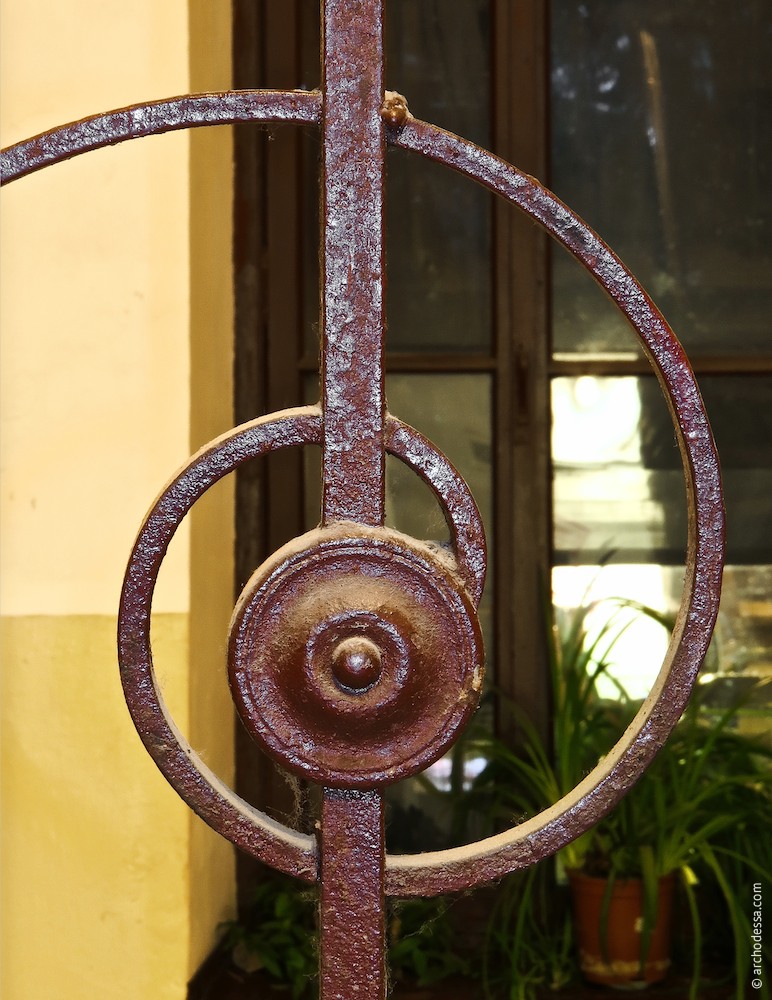 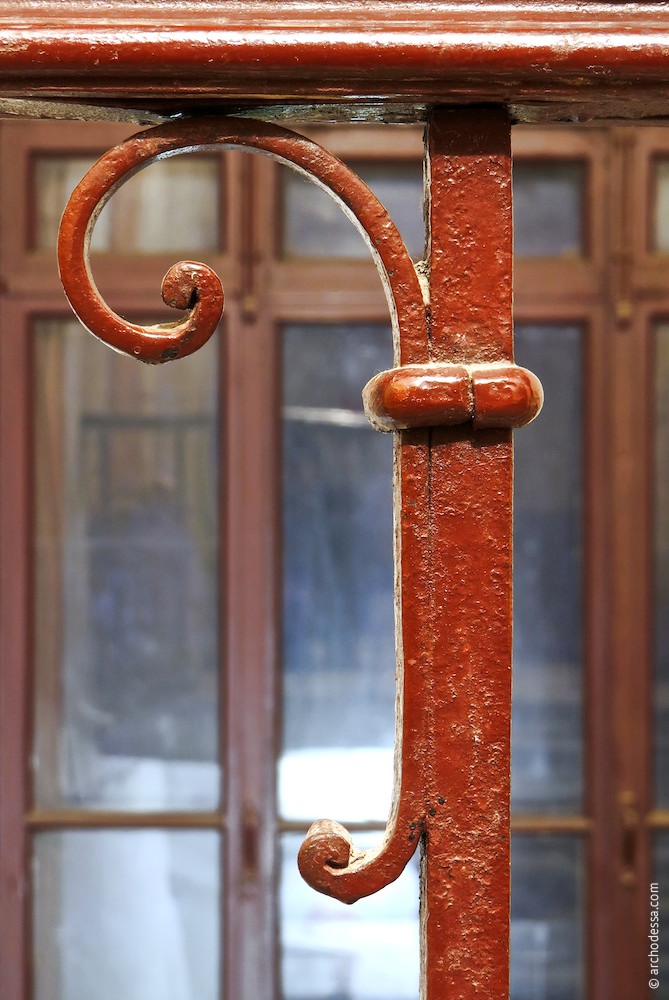 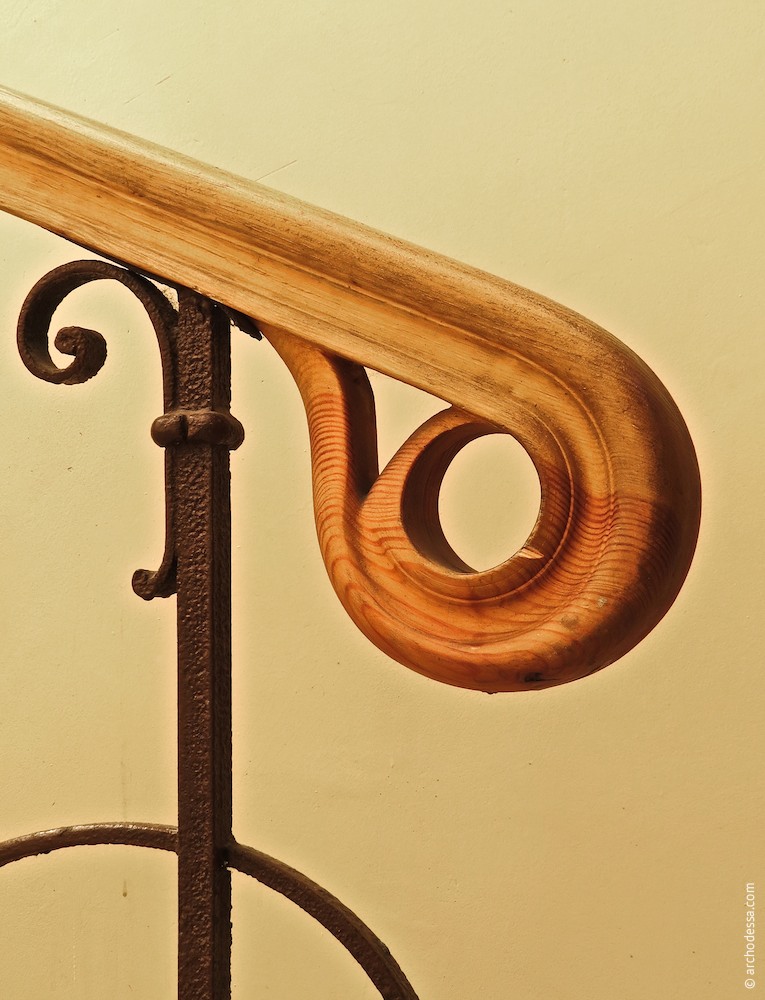 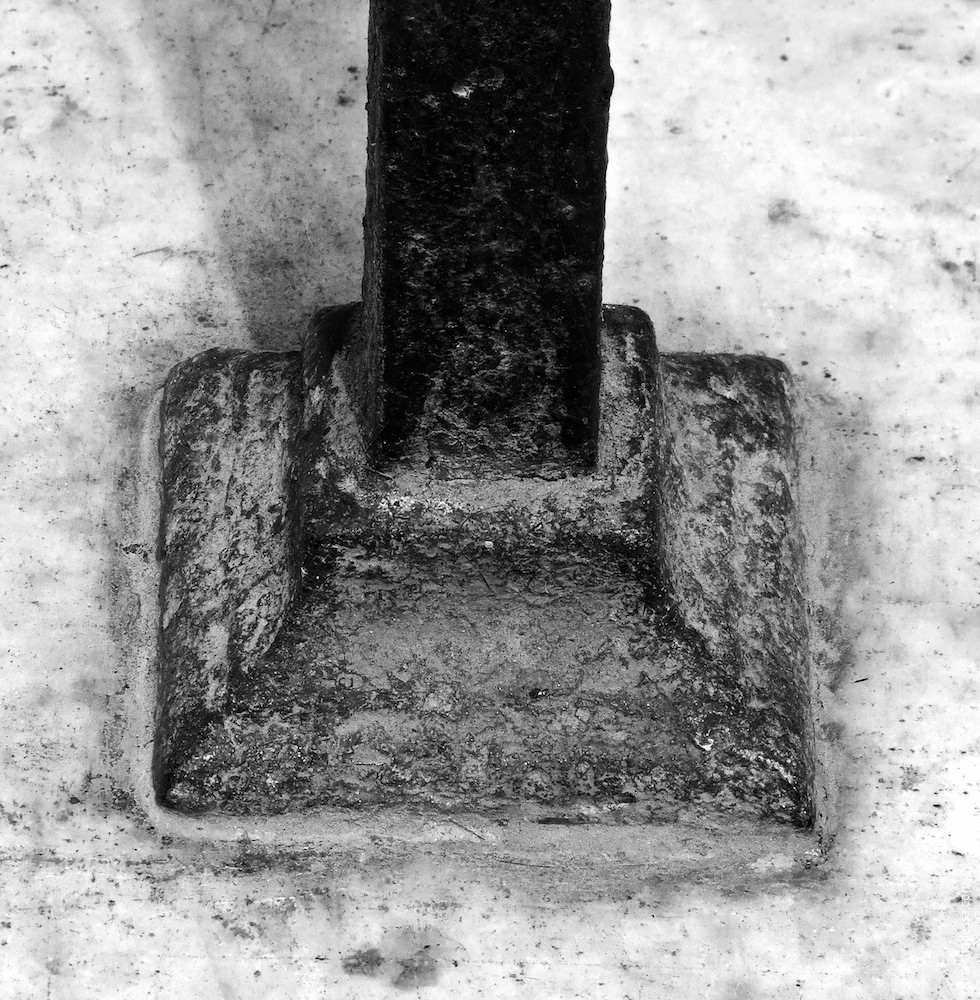 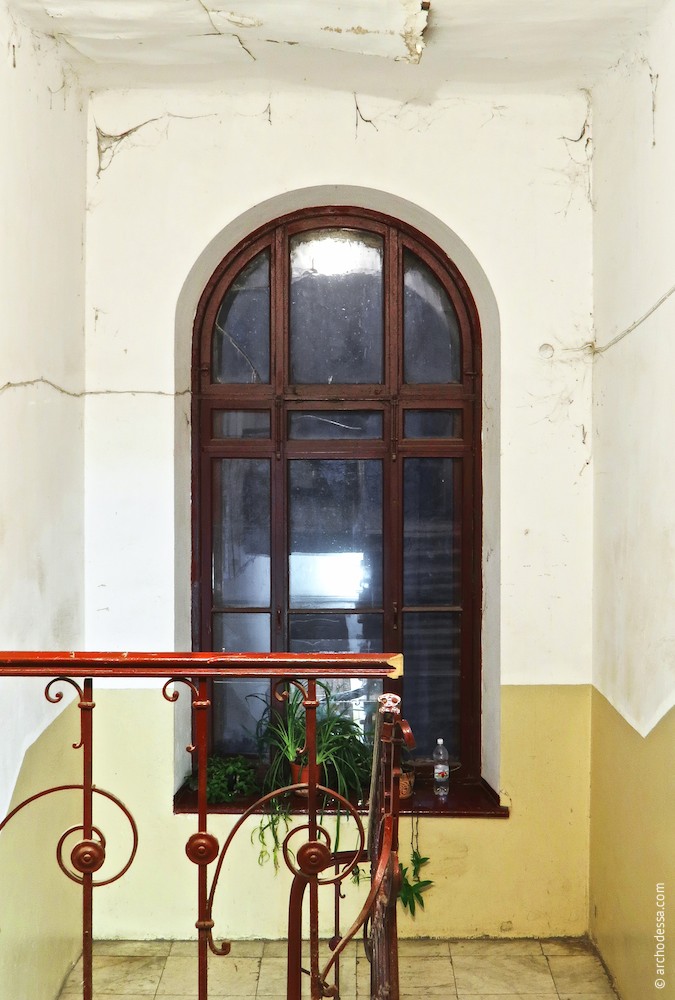 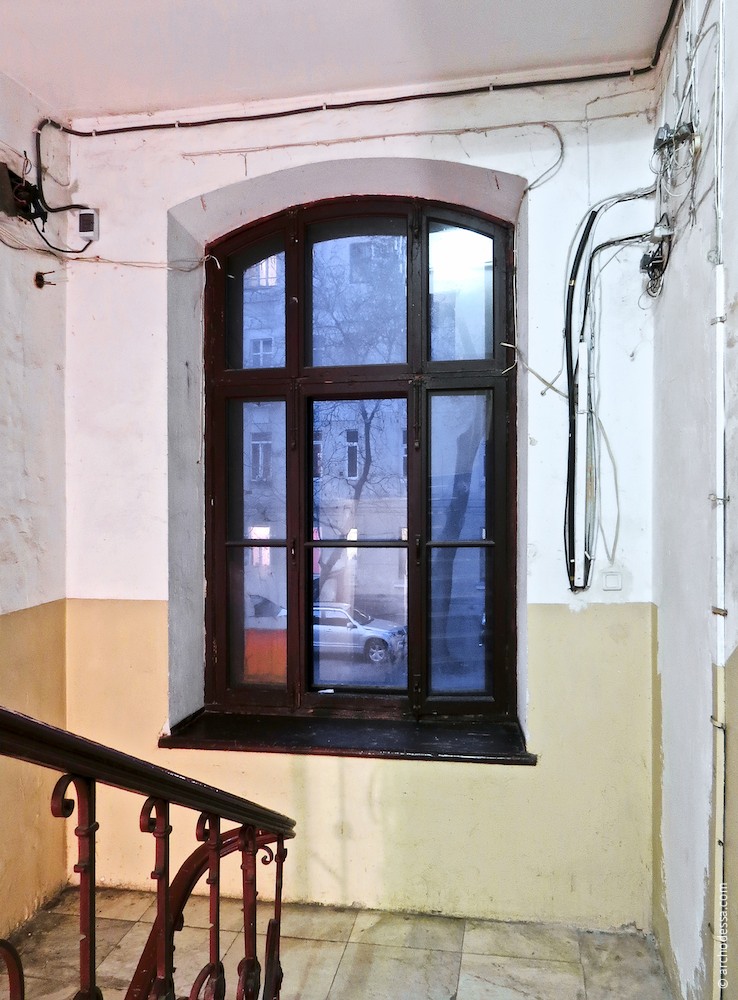 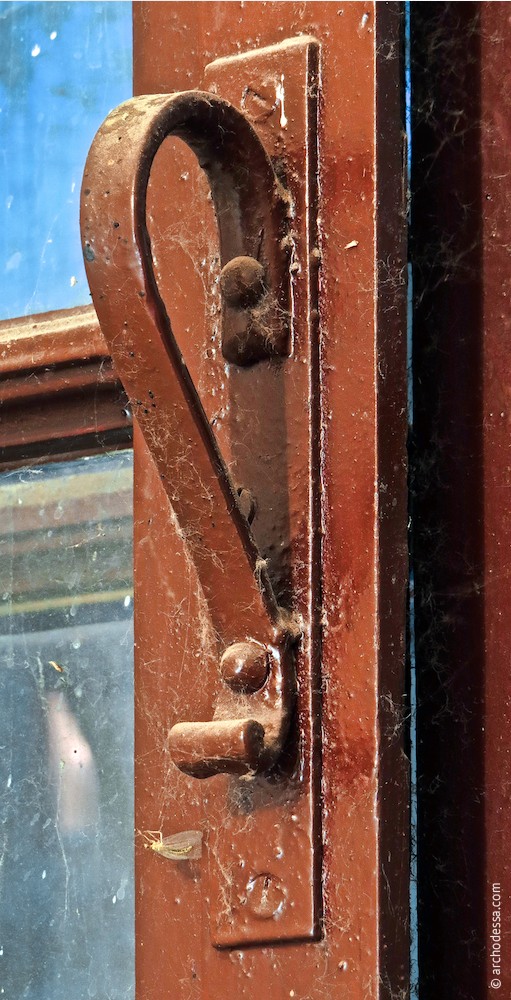 Doorway to the entrance hall (left-side) 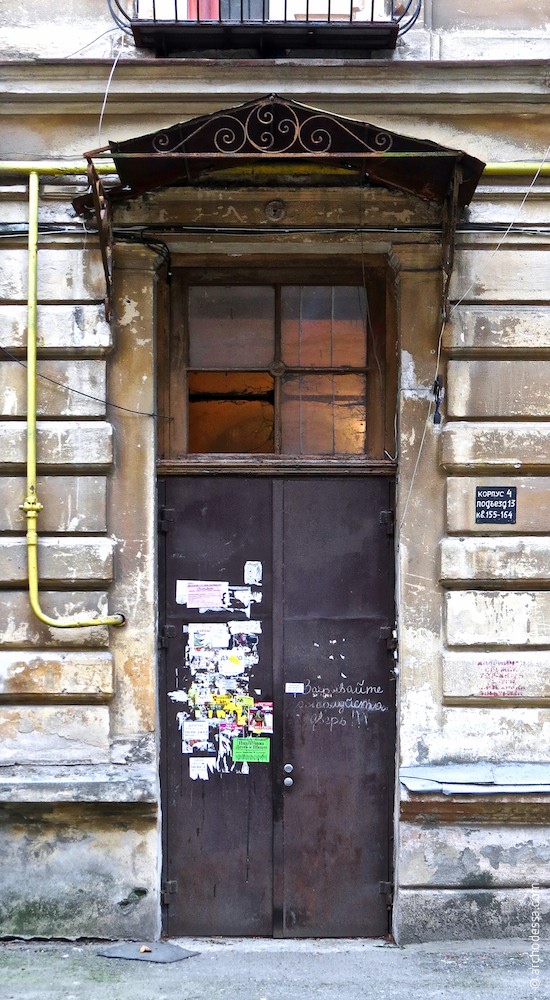 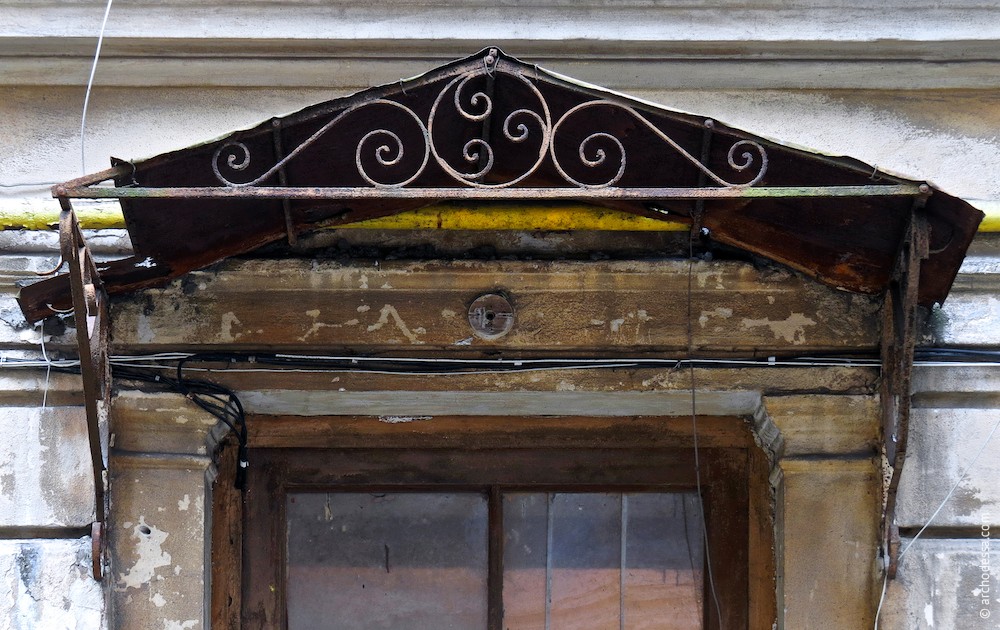