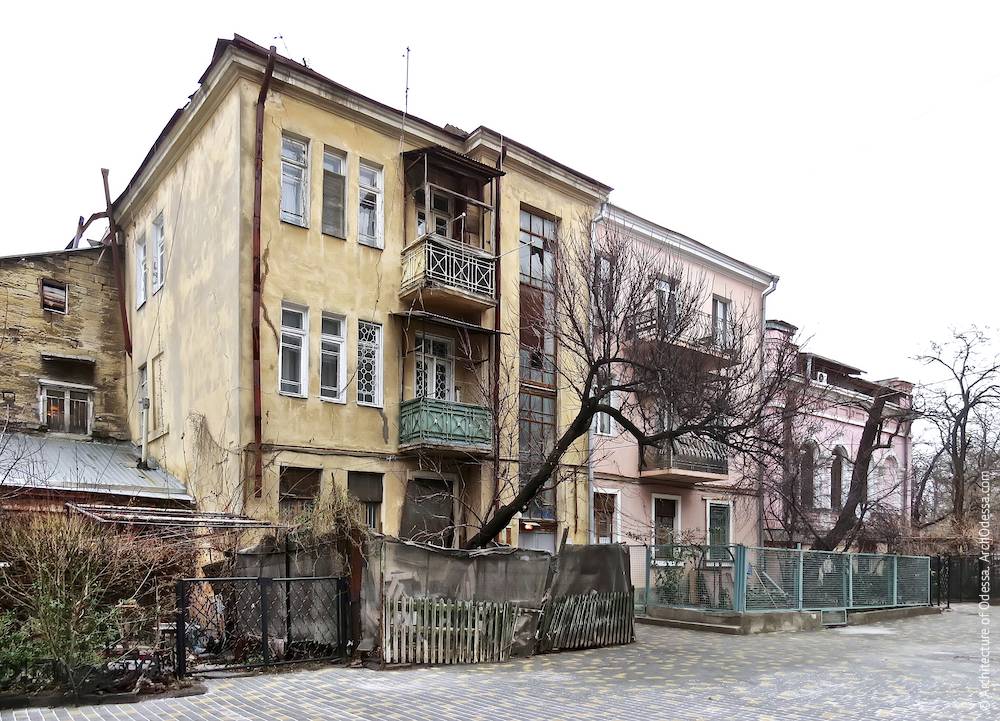 The inner courtyard dwelling at 10 Marazlievskaya Street is a sample of constructivist architecture of the post-revolutionary Odessa. The street is built-up mainly of aristocratic mansions and magnificent apartment houses. In Soviet times construction work was rarely implemented. Since then, only four buildings have survived to the present day. One of the least studied is located in the depth of the Kotlyarevsky’s former site. 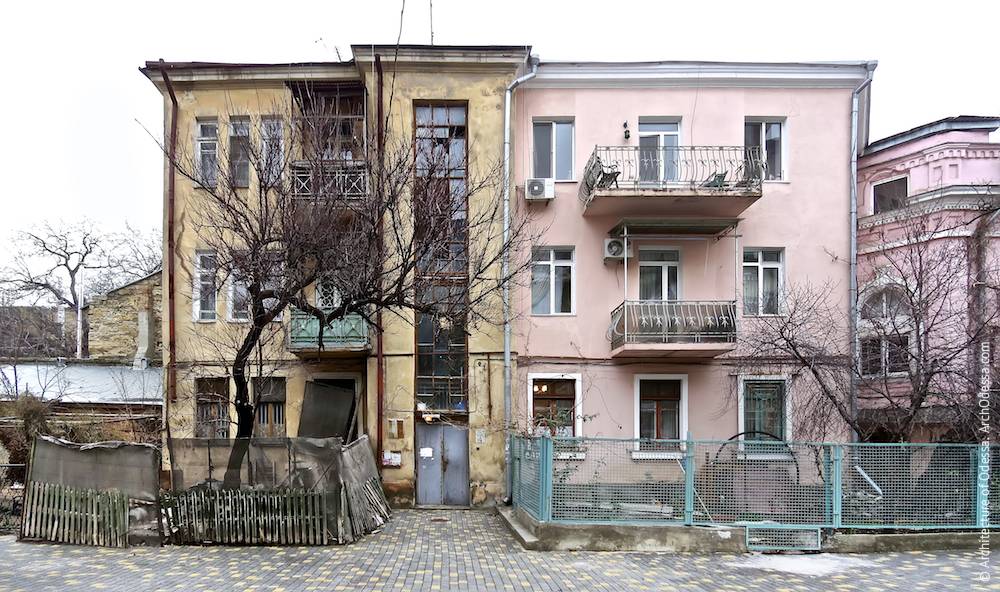 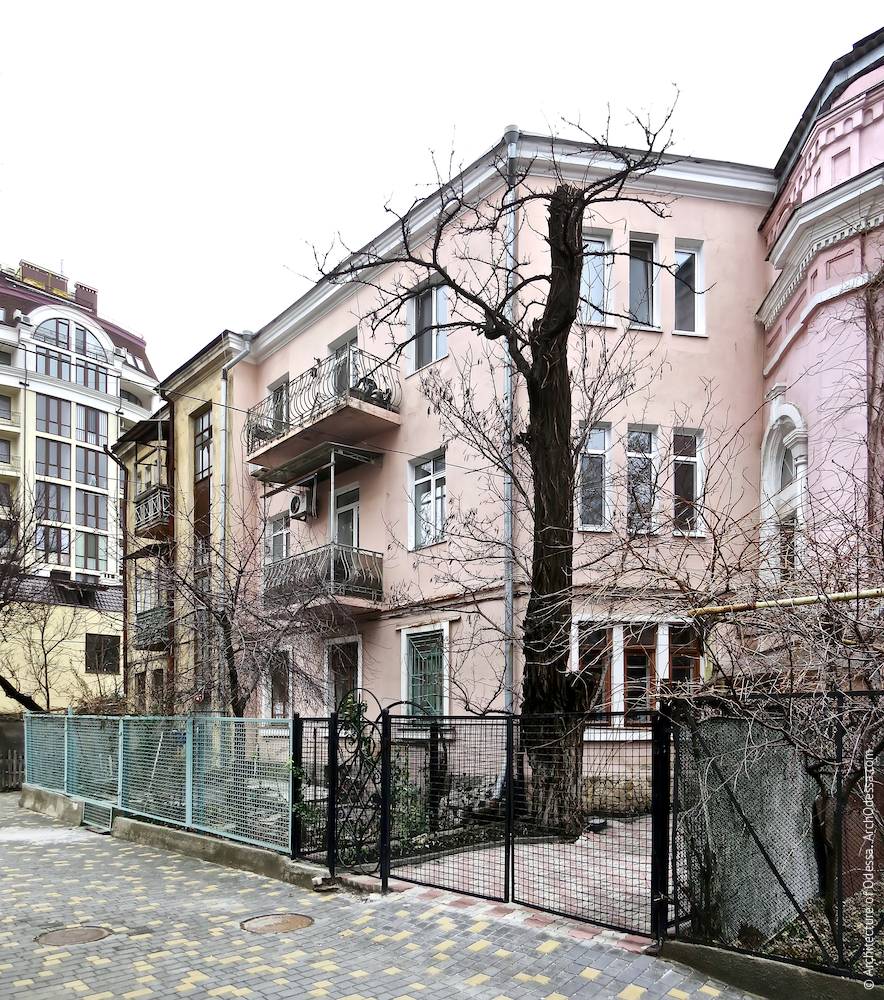 Due to the accentuated asymmetry the building looks quite picturesque despite its laconic general appearance.

On the right of the avant-corps of the stairwell the facade plane has three window axes, their quantity is similar on the left, but their piers are much narrower here.
On the second and third floors, the width of the two outermost axes is occupied by a group of three narrow loop windows.

The sidewall on the right is at an obtuse angle relative to the main facade of the building to avoid the deterioration of the premises insolation of the neighbouring outbuilding. An identical group of the narrow vertically prolonged windows is located in the end wall just as it is in the left part of the main facade.
The stairwell is illuminated continuously through an aperture along entire height of the building. 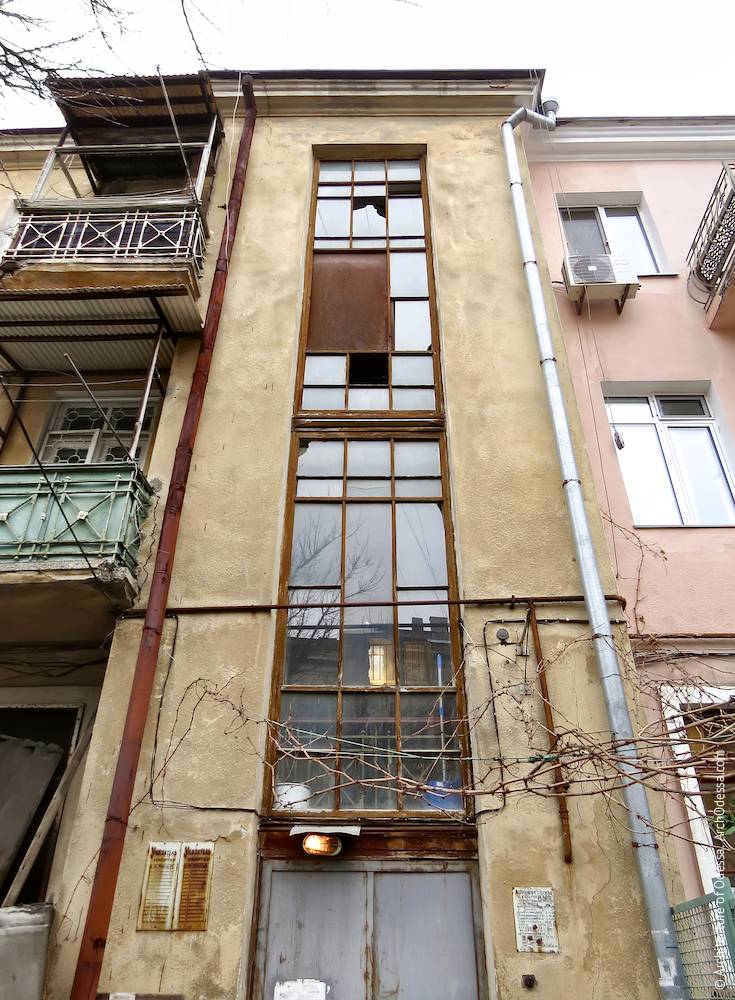 The avant-corps of the stairwell.

On the facade of the house, the balconies with railings were preserved. The design largely inherits its artistic techniques of the rational Art-Nouveau and modernized Neo-Classicism of the 1910s. 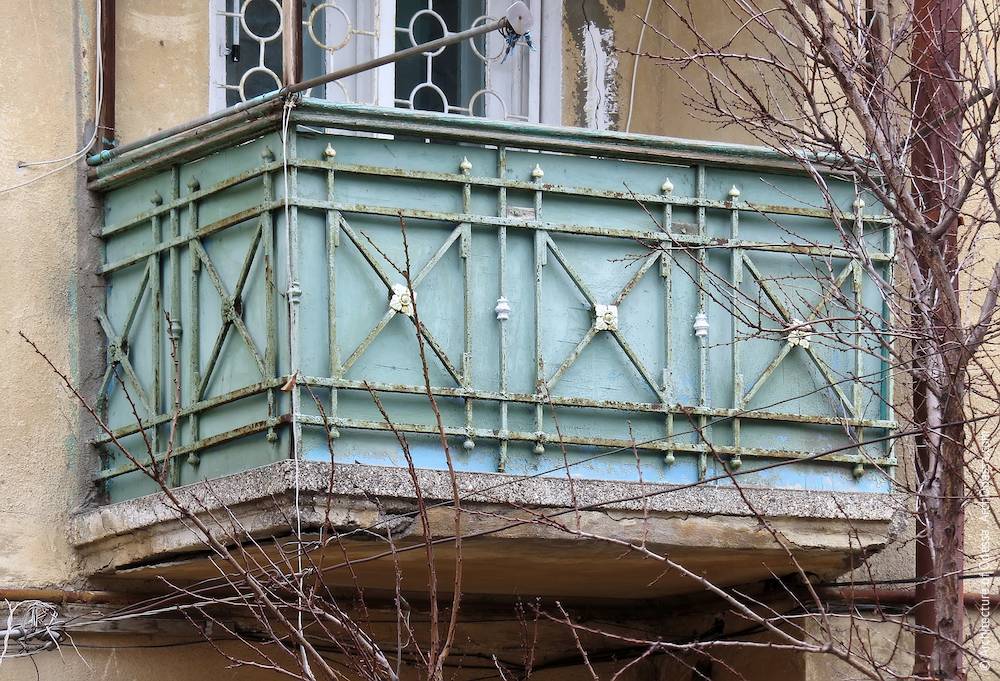 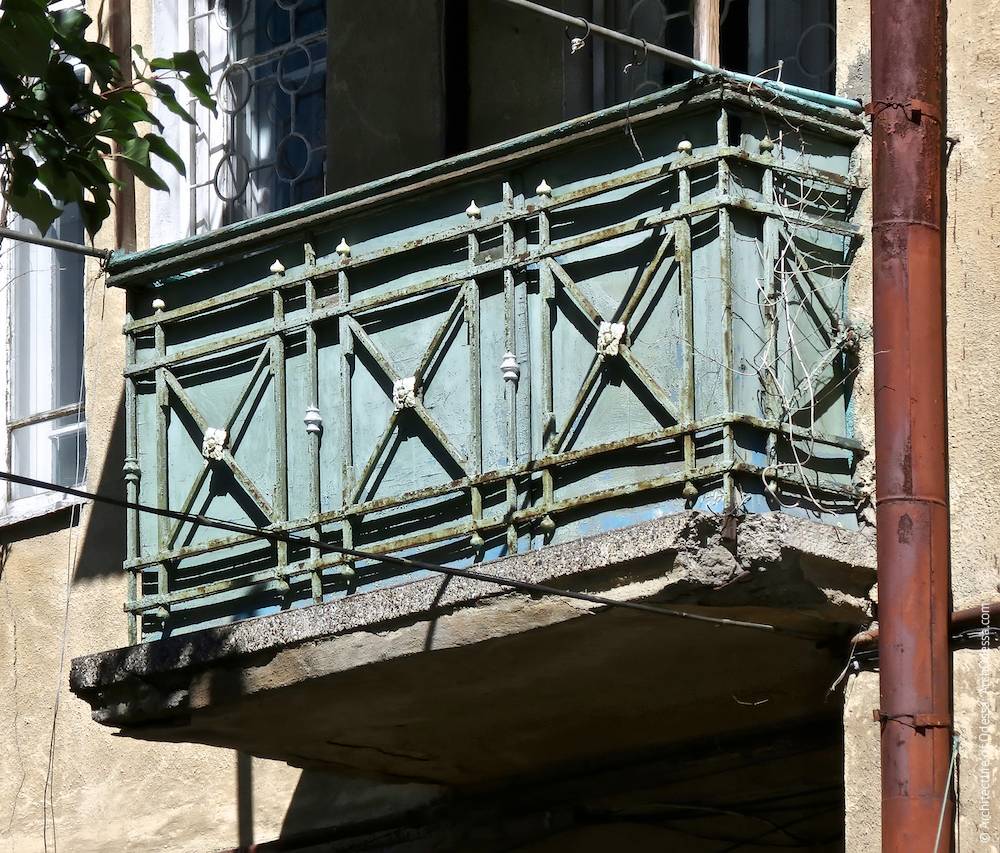 Their motif is partly replicated in the design of the stair railings, however, most of them consist of a simple geometrical pattern with square profile bars. In the design of handrails there is a number of small decorative elements. Their presence is uncommon to the houses built in Soviet times (even in its early period). 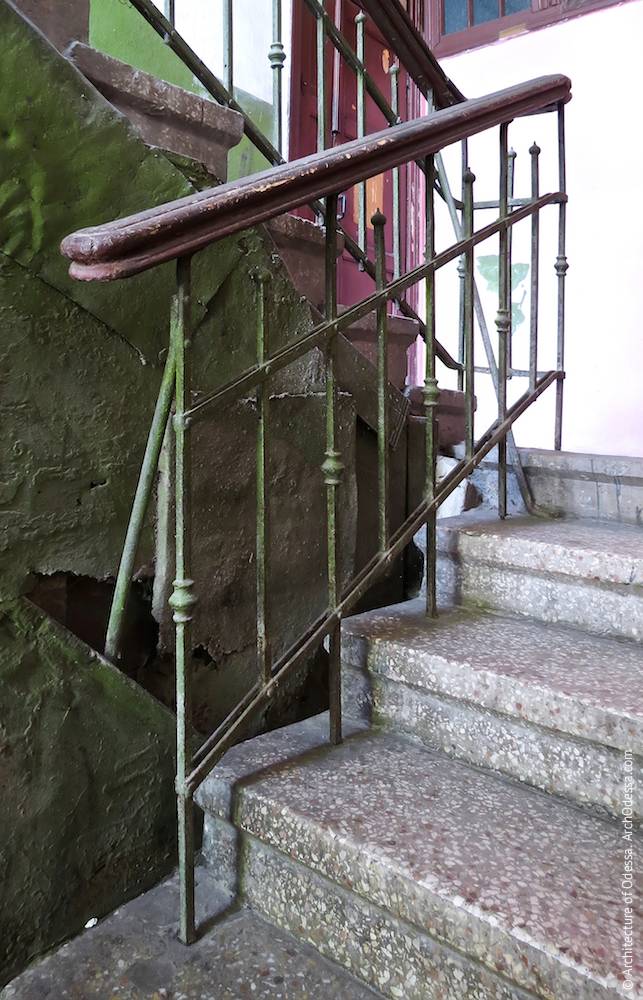 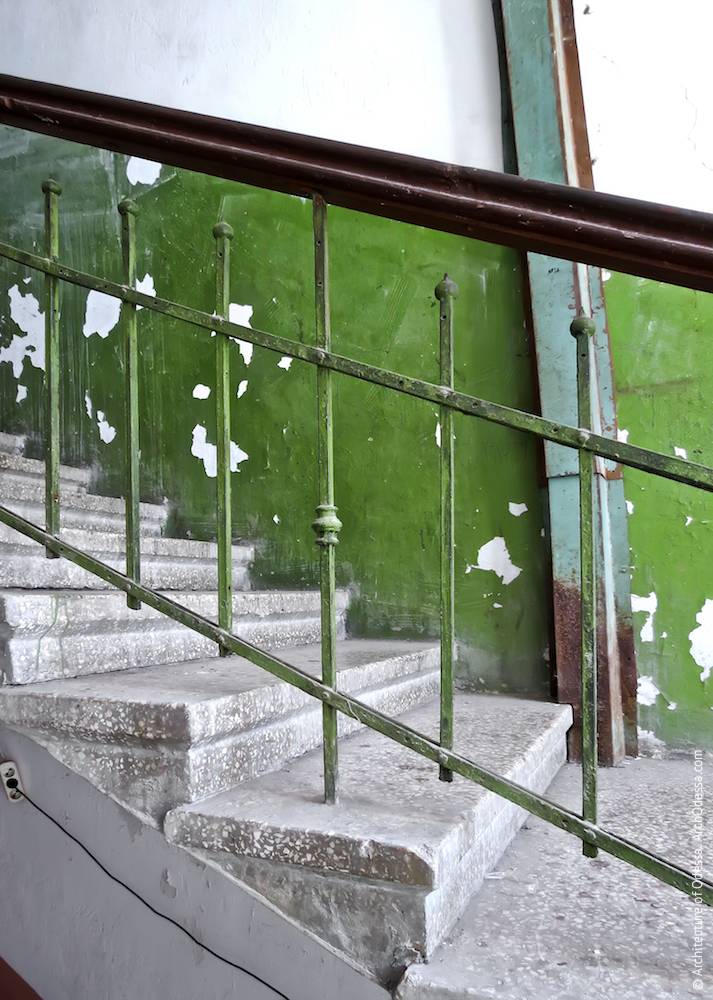 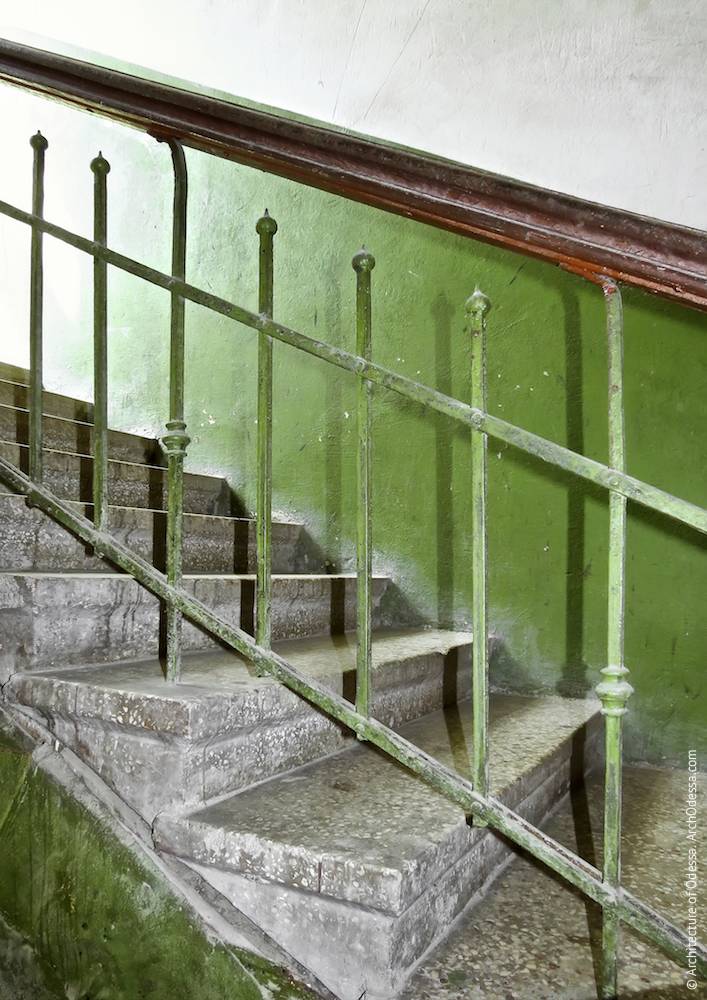 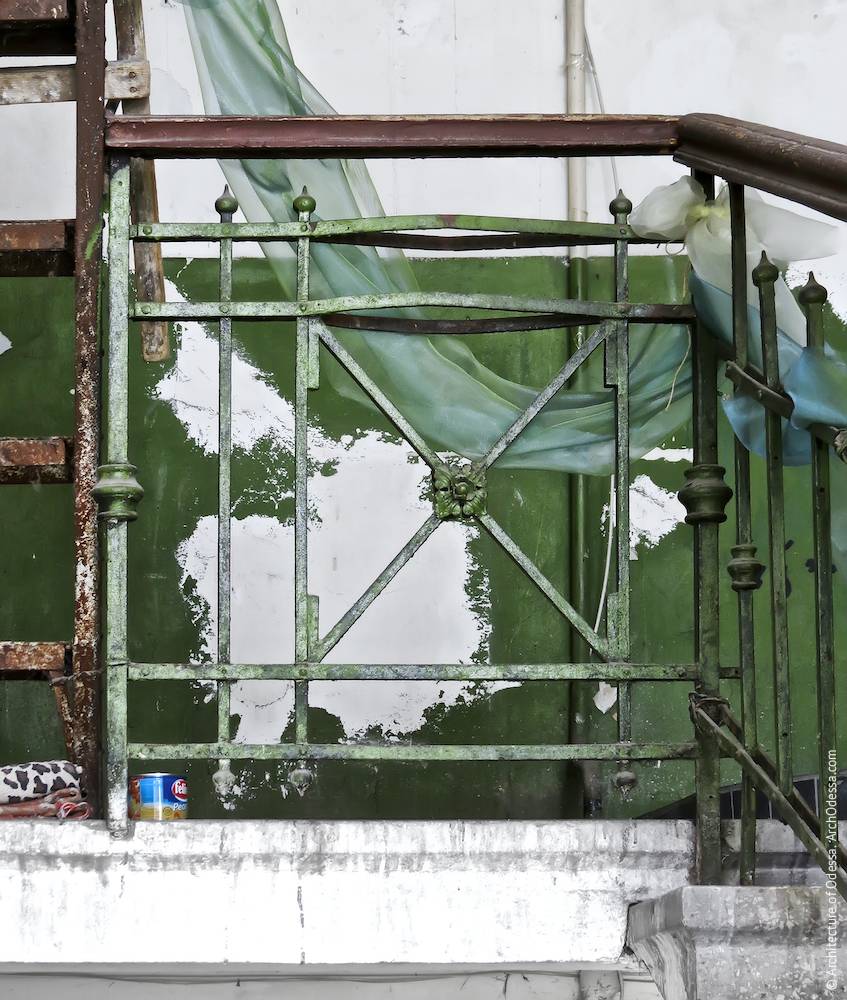 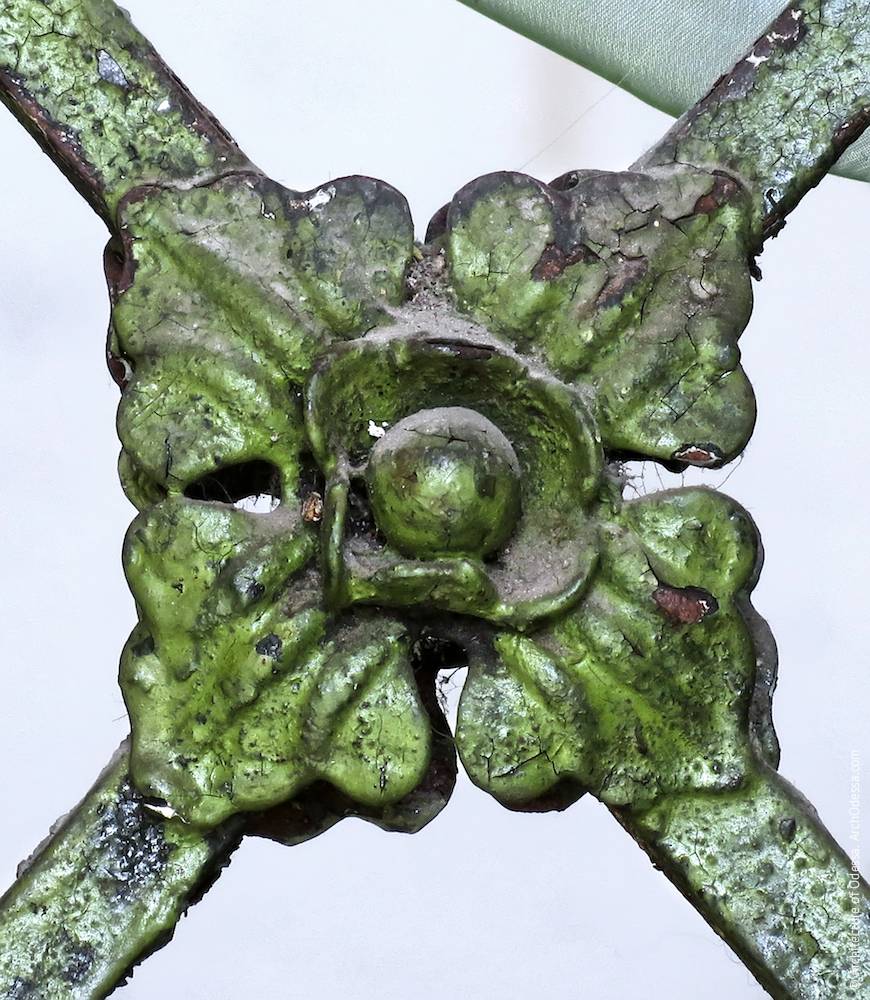 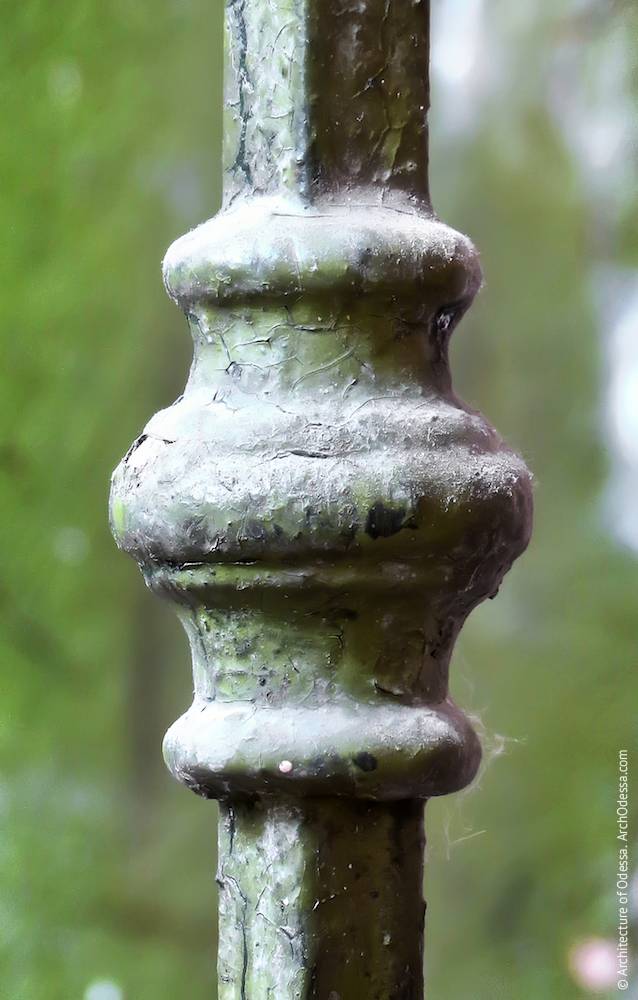 If to discard all ideological barriers that restrain a real evaluation of the Odessa architecture development in the post-revolutionary period, it is possible to speak confidently of Art Nouveau continuation in the 1920s under the conditions of poor city opportunities caused by the Civil War and its lost old cultural ties. Nevertheless, both young architects and some builders, that were constructing the city during the previous decade, proceeded experimenting with enthusiasm on the further Art Nouveau rationalization and mastering the emerging constructivism.
The house at 10 Marazlievskaya Street can be attributed to precisely this transitional period. If to analyze the decorative and plastic solutions in the architecture of the building, the most probable project designers could be N. Kanevsky (tripled loop-windows, compositional solutions in the large objects layout), M. I. Linetsky (decorative techniques) or A. N. Klepinin.

Nameboards of the Soviet time 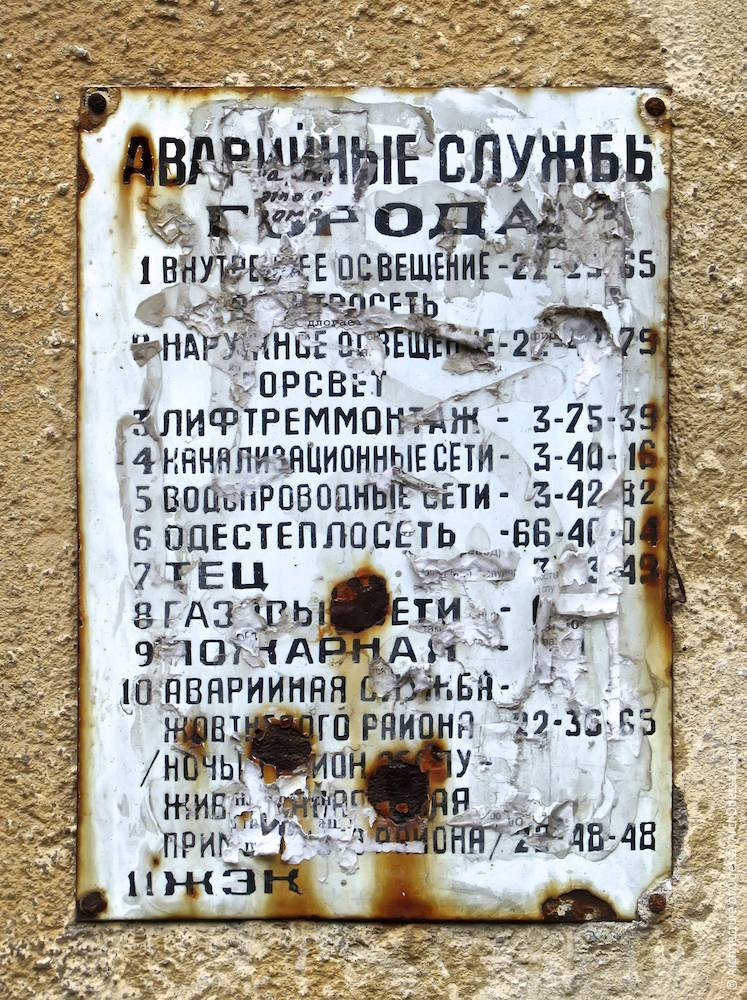 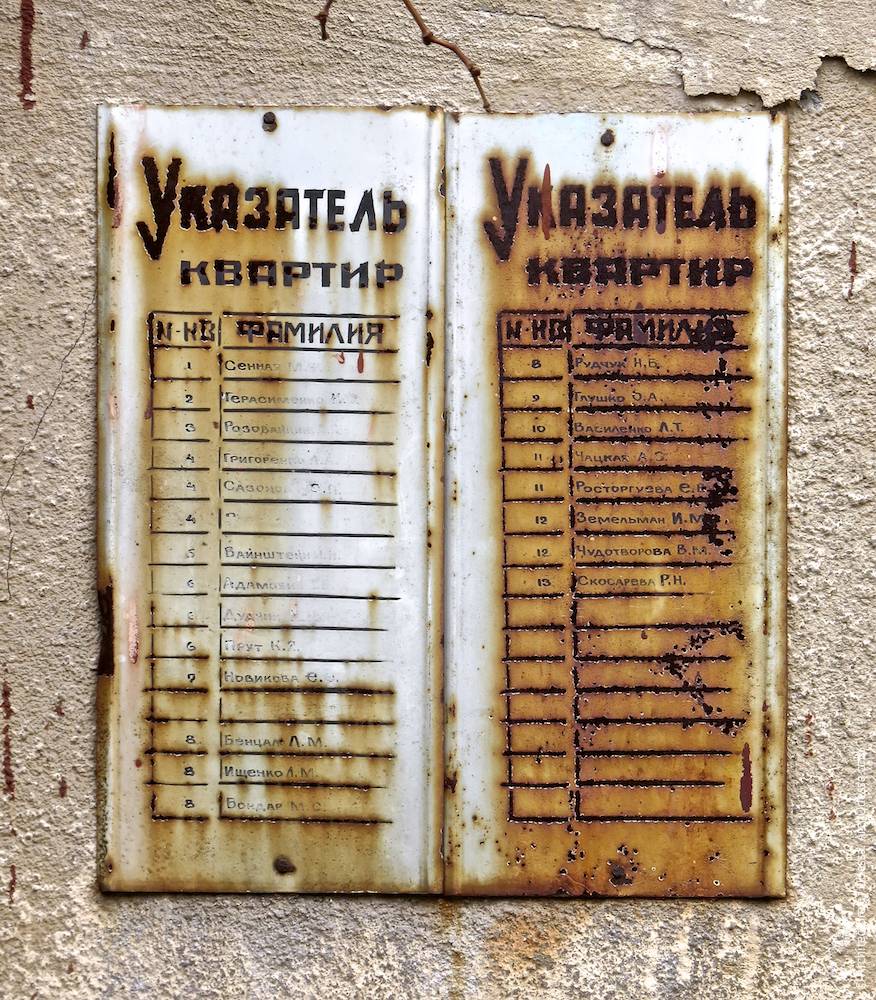 Unfortunately, this house currently represents an entire mystery, and there is still the question of not only the project authorship but the building departmental affiliation as well.