Low-rise Art Nouveau can not be frequently seen in Odessa and in majority of cases is just a modest background building. One of them is the house of  Gerzenstein, whose elements carry a distinctive style of the architect А. I. Goltsvurm.

In fact there is hardly any historical data about the house on 64, Kanatnaya street. In the Art Nouveau style only main facade of the face building is made, whereas in general the house is a simple bulding without a certain style, which was already erected, probably, at the end of XIX century. According to the manuals of the house owners “All Odessa” , starting from the end of 1990-s years, the site on 64, Kanantaya Street belonged to a certain Gerzenstein for whom existing buildings were reconstructed. As the exact date of building remains unknown, the name “house of  Gerzenstein” can be marked as approximate one

The reconstruction, made by Goltsvurm, apparently coincides with the time of the erecting of a big apartment house of E. A. Pikel, which is situated nearby — on 52 Kanatnaya Street. A row of elements noticed there was applied as well on the facade of the house of  Gerzenstein. The building of the site consists of two constructions: a face one-storey house and a yard two-storey wing. The main building is almost symmetric and devided into two independent wings of the size of the yard passage which from the street side is made as a portal with two narrow pylons and an arch passage blocked by a sipmply supported horizontal beam.
The portal is moved closer to the left edge of the facade, but the asymmetry caused by this is not visible at the first sight. The pylons, similar to the ones of the portal, mark the edges of facade plane on the junctions with neighbor buildings. The construction is crowned by a massive strict attic, and above the arch passage a conditional bow-shaped pediment is located. 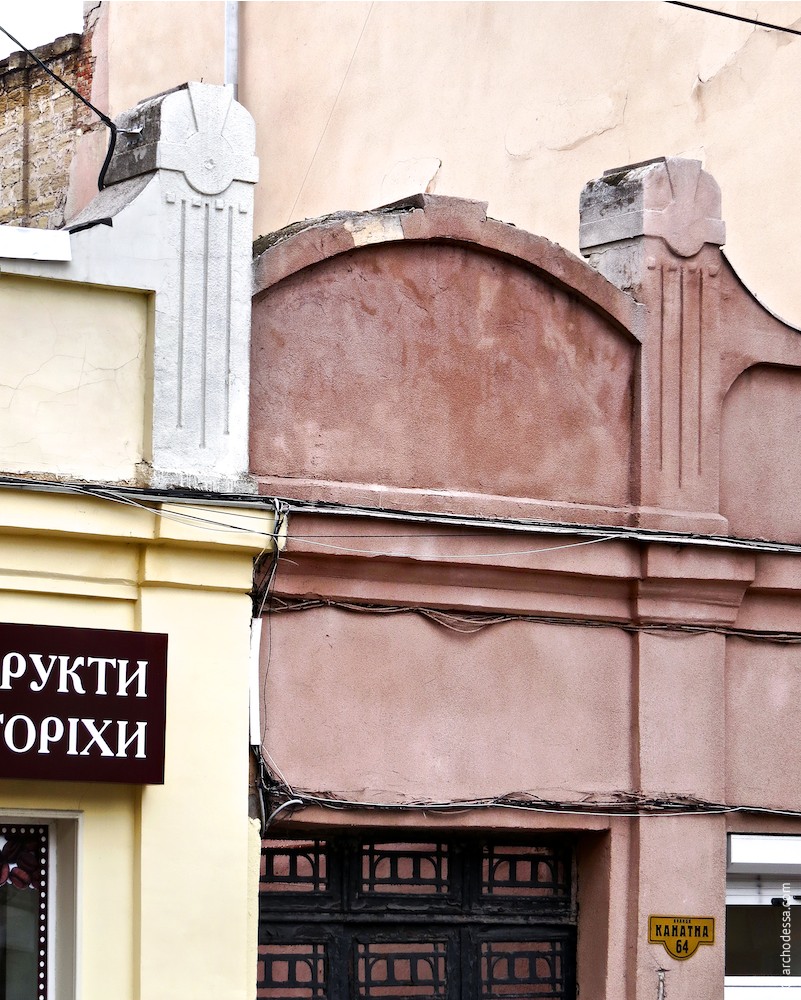 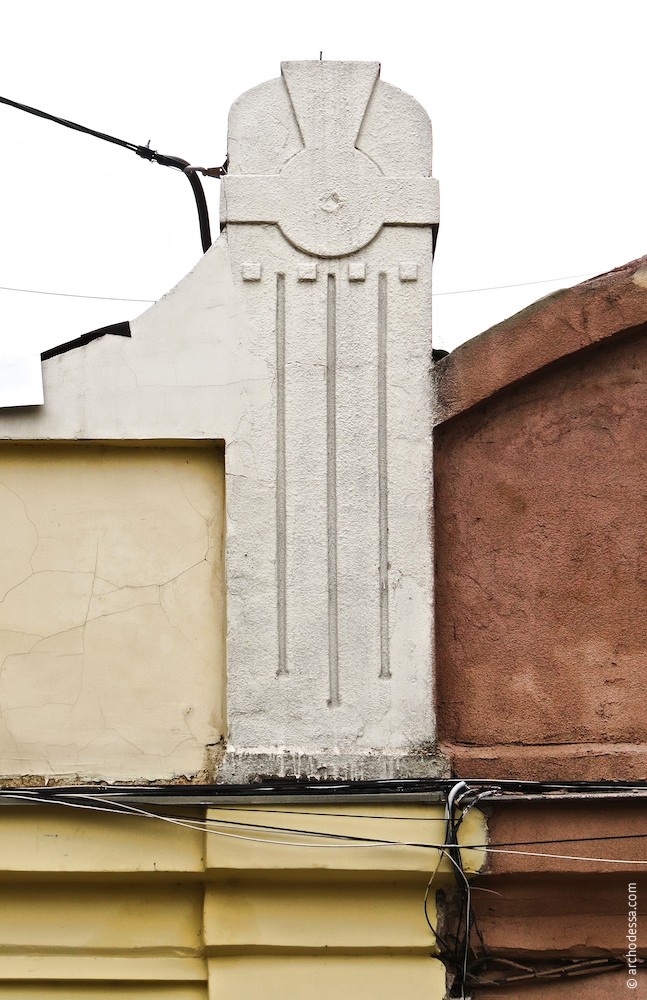 The pecularity of the house is the gate of the arch which was quite well preserved. Ornamental motifs, used in its decoration, are common with the balcony fences and the railings of the house of Pikel mentioned above, erected by Goltsvurm in the year 1910 in the style of restrained secession. These both buildings are also similar in some plastic decisions.

Gate of the passage 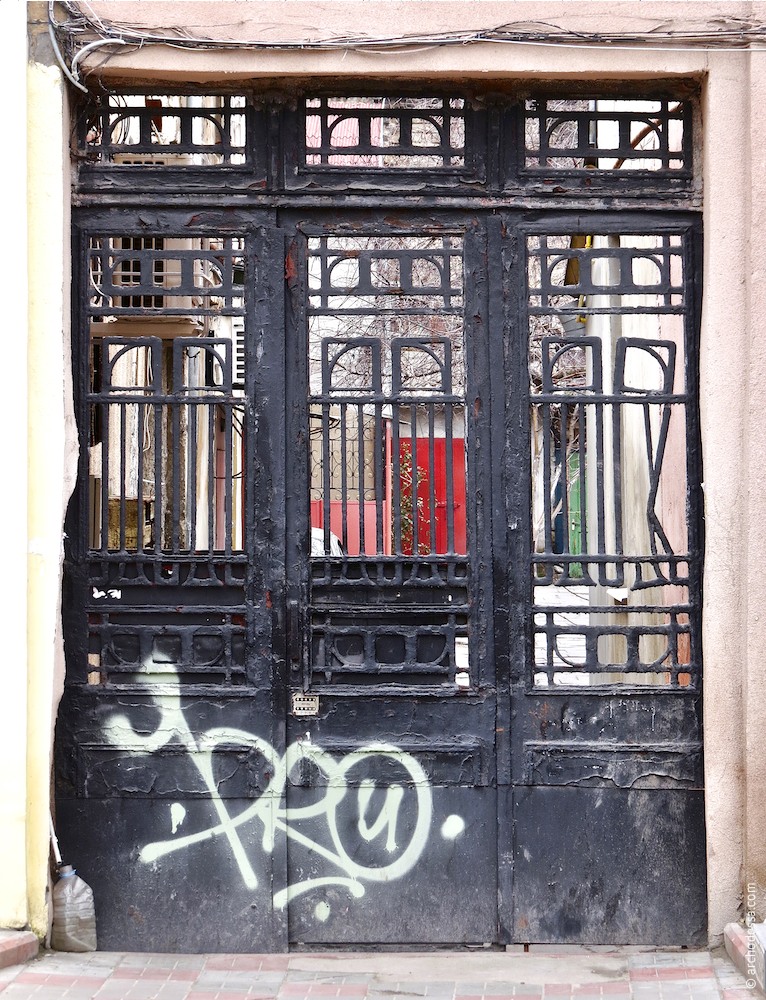 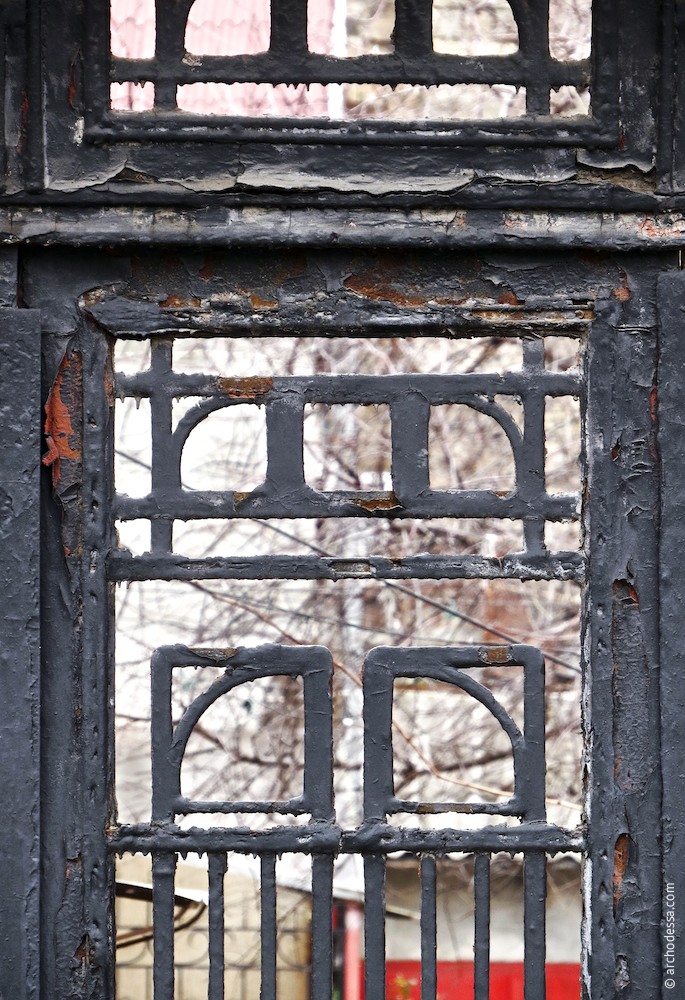 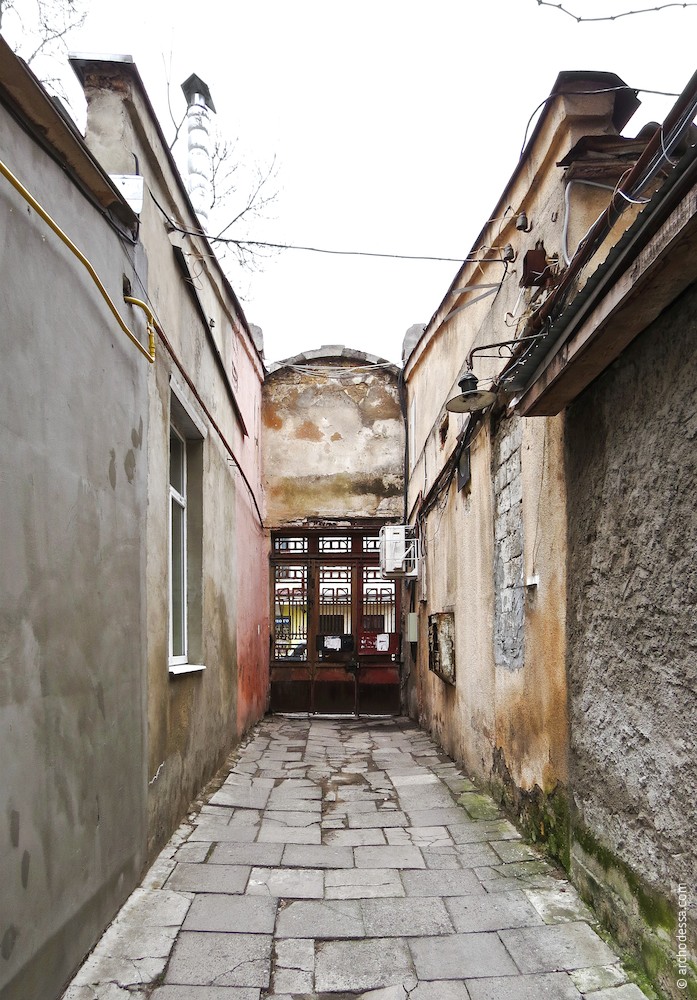 Passage and gate, view from the yard side

The passage leads to a spacious yard, the border of which is marked by a two-storey residential wing of uncertain style from the left side, and a firewall of the neighbour building 62 from the right side. 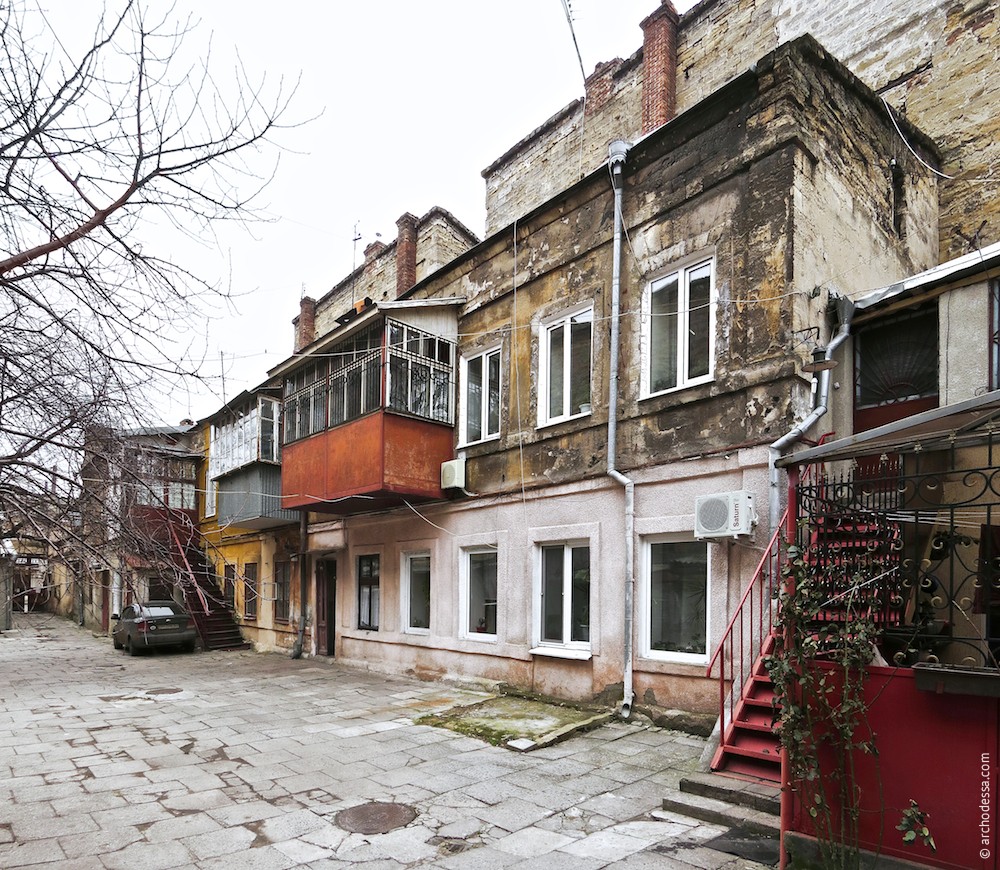 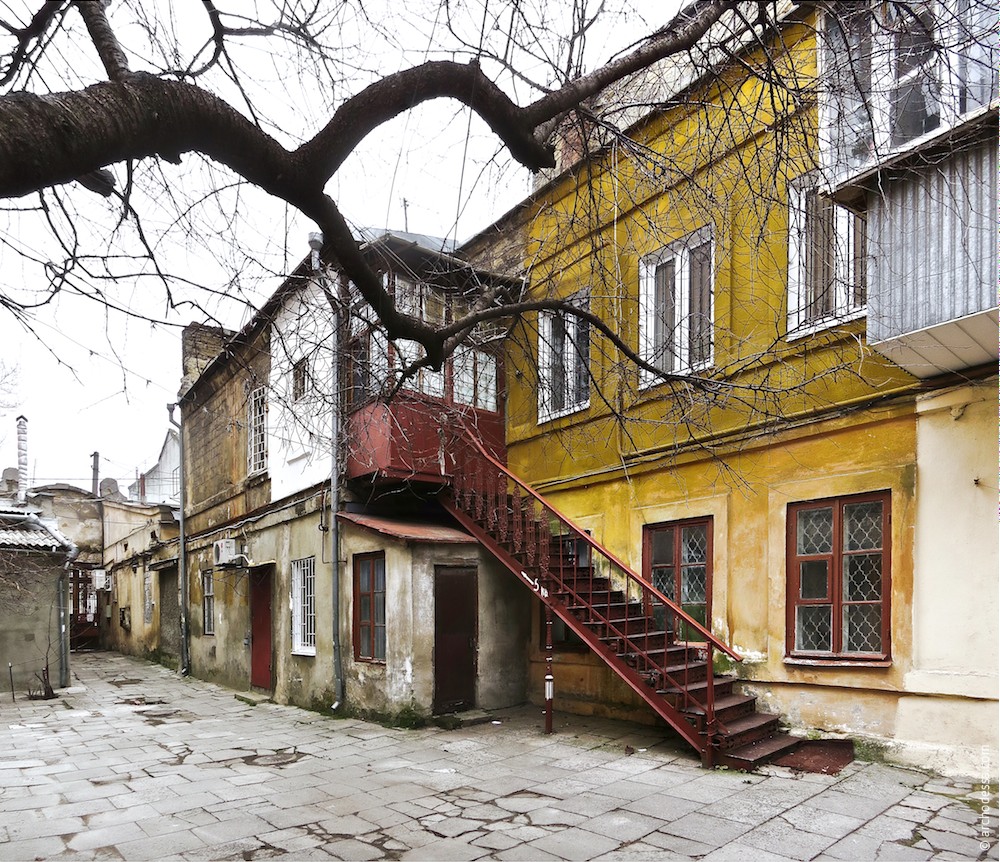 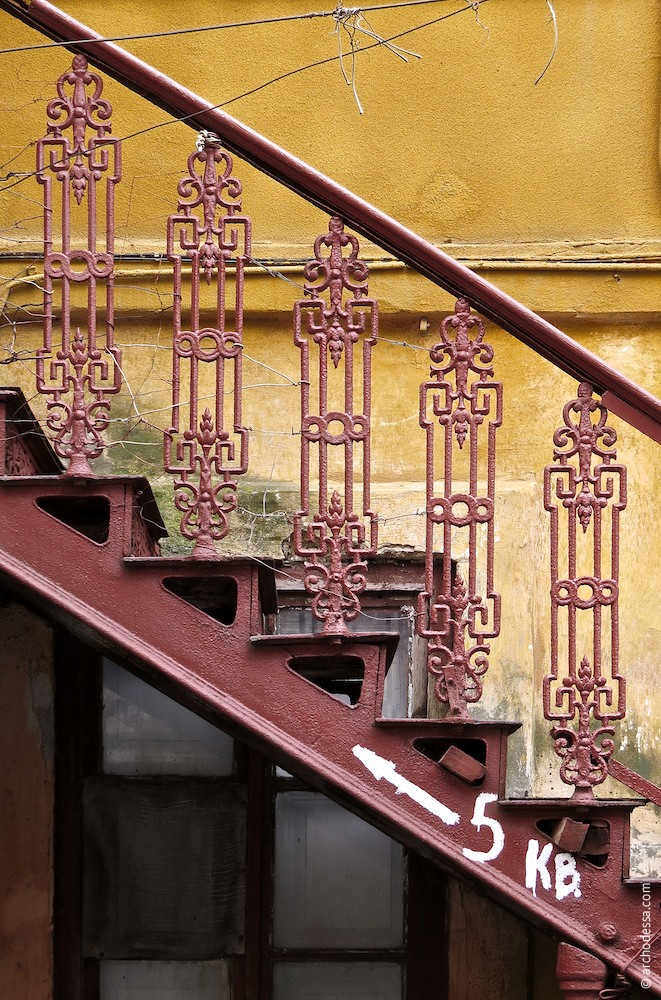 In the wing simple budget metal stairs were preserved, the similar can be found in the houses of the end of XIX century, but disappeared during Art Nouveau period. Remained decoration of the wing (external stairs, entrance door and the entrance stairs) confirms one more tiime that the site was built in the times preceding Art Nouveau period. 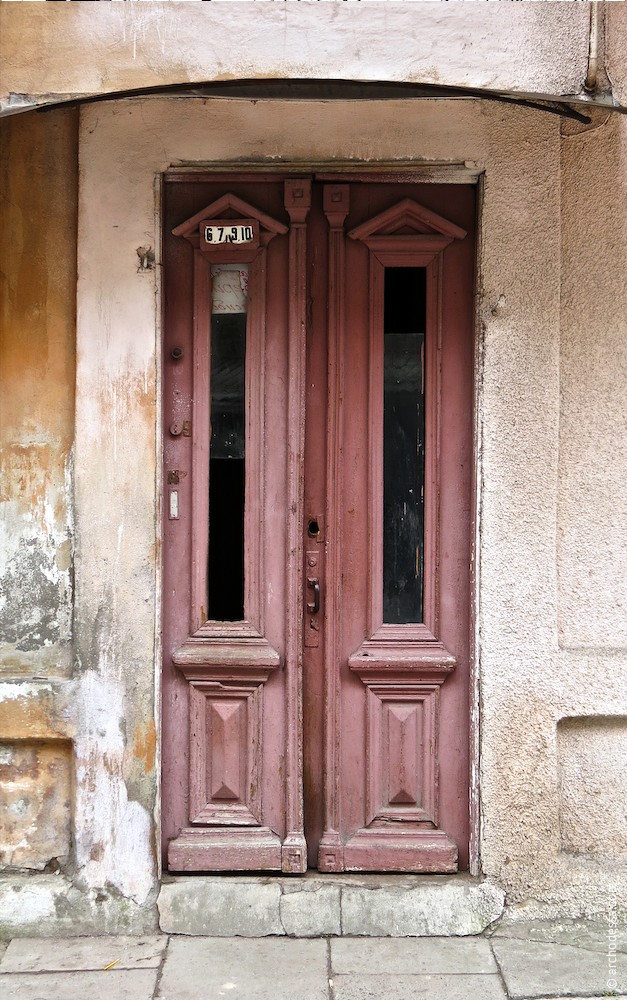